Sun Sea and Sand What More Could you Want?

We are back from our long weekend by the sea. Mentally refreshed and restored, physically tired, aching and a little sunburnt and in my case with a massive unidentified insect bite on my leg.

We arrived on Thursday and had to go straight to the shops because Himself managed to only managed to bring one pair of jeans. Trouserage purchased we headed to the beach with a bottle of wine and sat until it was dark watching the sea and the people. 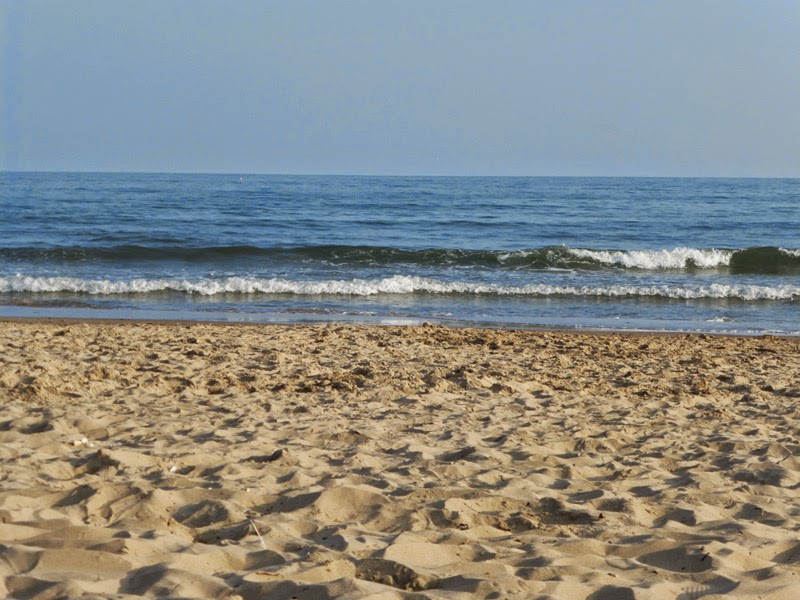 I do love people watching. A surfer dude who loved himself very much and spent more time posing for photos than surfing and some drug addicts in a tent with a fishing rod kept me entertained the most, though the later did rather spoil the idyll, I know it's life but it's not a part I was looking to be reminded of as I sat on a beach relaxing.

On our first full day we decided to hike to Hengistbury Head, a 15 mile round trip the thought of which I did find more than a little daunting. As it turned out the terrain was pretty gentle on the whole and it was worth it for the views. 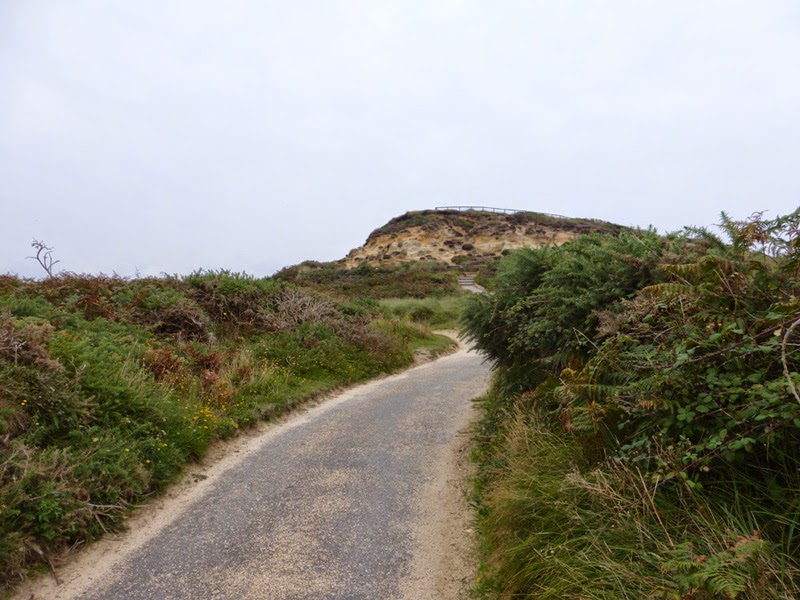 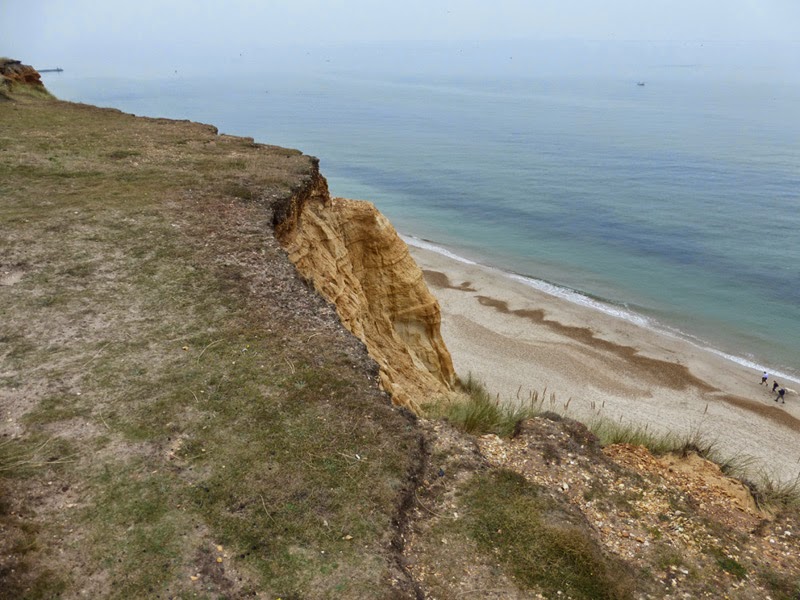 It's a long way up and judging by the flowers and the odd wreath dotted about clearly a suicide spot which was another sobering moment of the holiday. 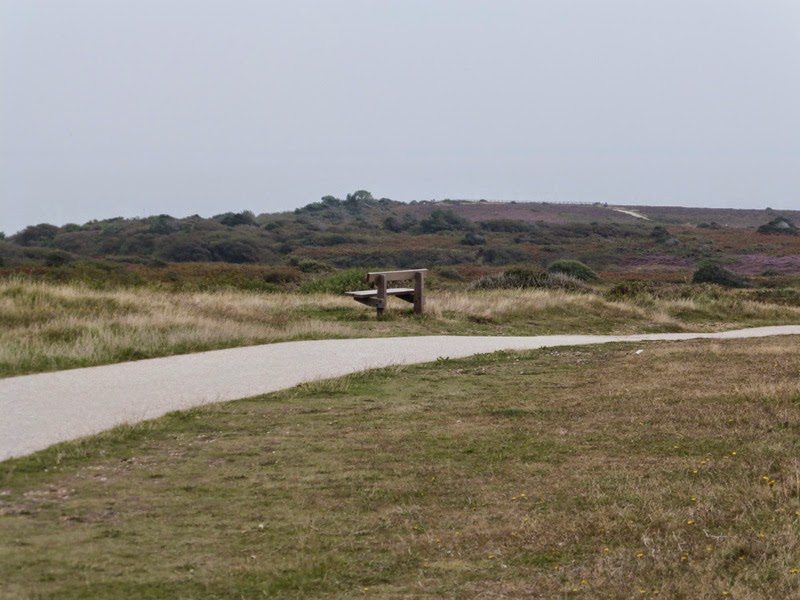 We sat on this bench for a while to admire the view, and because frankly, we were knackered. It was absolutely silent and still with no breeze, just gorgeous.

After a restorative dinner we decided on another quiet night chilling on the beach so called in at Tesco on the way back for more wine.

As we headed through the park the siren call of the crazy golf was too much so we did a detour. 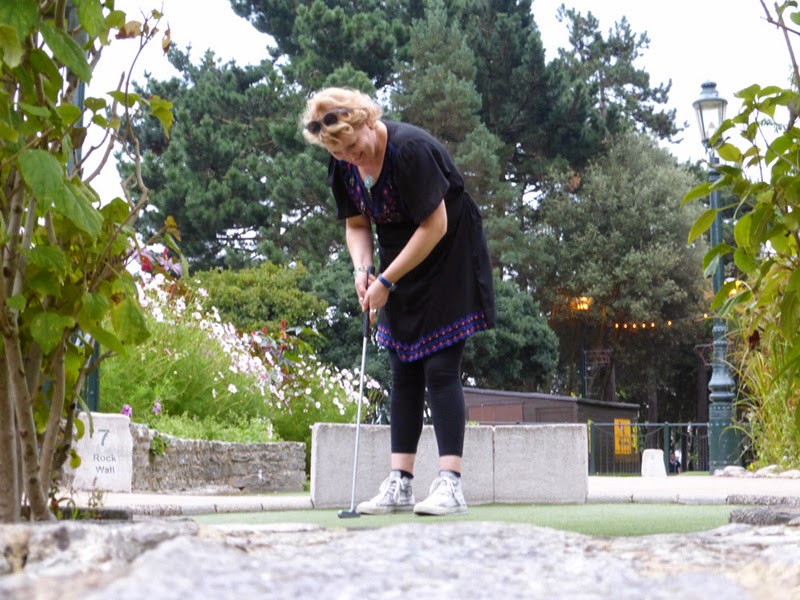 Himself kept score but didn't tell me who won so it must have been me ;-)

We sat watching the dusk fall and the moon rise, drank wine and played with some of the settings on the new camera and no I still haven't read the manual yet! 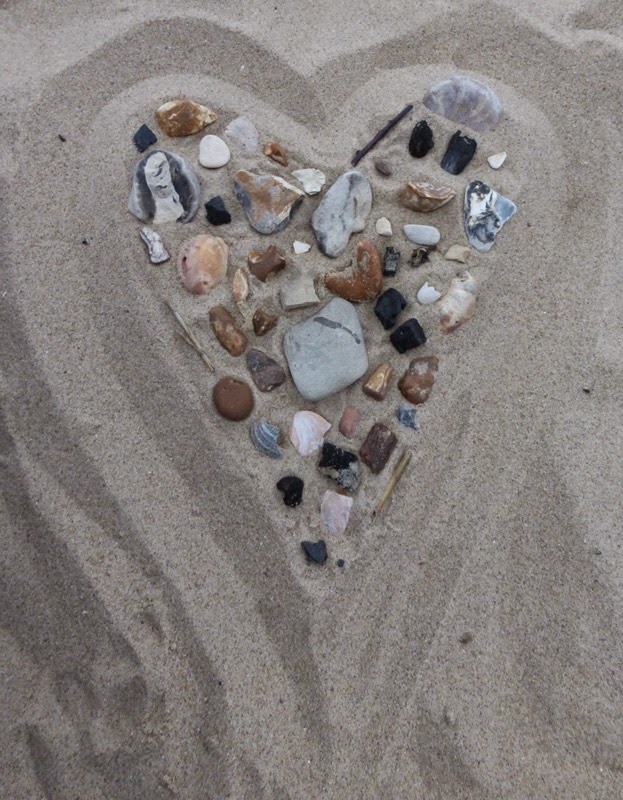 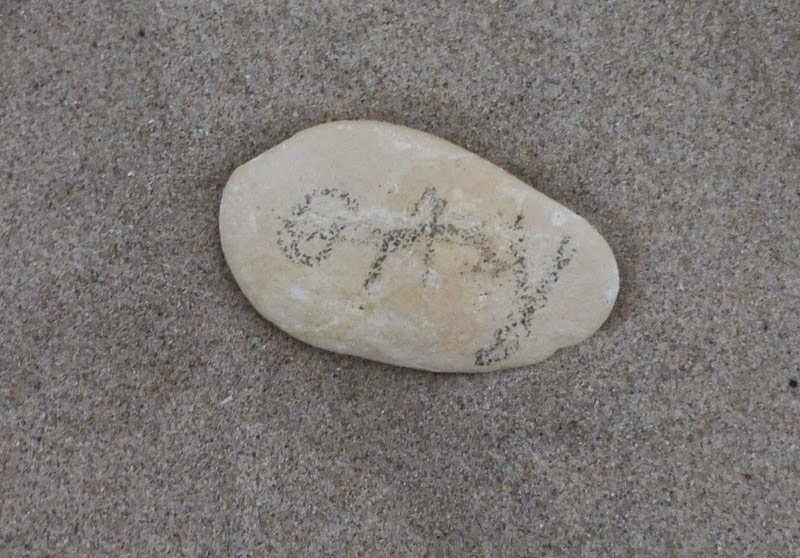 Saturday I was nowhere near as knackered or stiff as I expected. Himself had managed to break the toilet in our en suite so we took ourselves off for a beach walk whilst it was fixed. 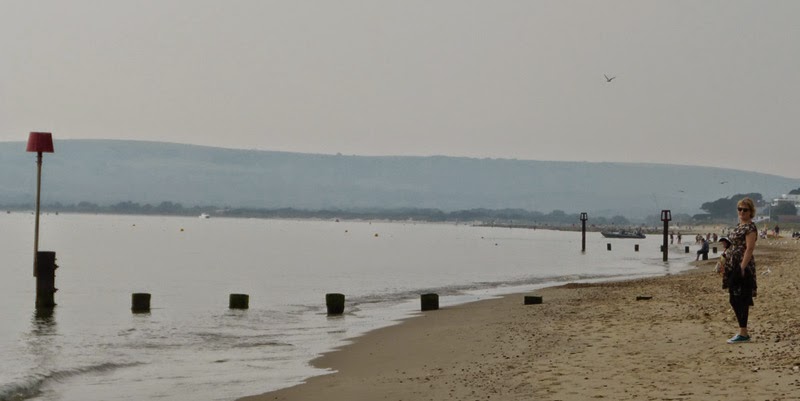 I picked up about a hundred weight in pebbles and shells which I insisted on bringing home but made him carry in his bag (hehe).

In the afternoon I met my friend Alison for cake and much gossip. We chatted about various things including the fact you sometimes get dolphins around the area, a creature I have only ever seen in an aquarium and would love to see in the wild.
Next day she sent me a link to the BBC news website about a pod that had been spotted at Sandbanks right where we had been sat in a bar discussing seeing dolphins in the wild. I imagined it being just like the Kit-Kat pandas advert!!

That evening Himself was determined to go out. Saturday is probably not the best choice of night to sample the delights or Bournemouth's bars because it is the time the stag and hen parties are at their full and terrible height.
I lost count of how many staggering shrieking groups of girls and baying groups of blokes we saw, it was like being plunged into a horrible dream.

This is the side of Bournemouth I hate, the seedy strip clubs and pissed up punters. Just to bring it all home and to remind me how very happy I am my drunken clubbing days are far behind me I will describe what happened in Yates's.

They had cleared the floor for dancing and there were 2 girls right next to where we were standing minding their own business  and having a dance. One was tall and very slim in a black crop top and skater style skirt. Next thing this bloke from a stag party takes off his shoes and socks walks over to the girl pulls her top forward so all the lads get an eyeful then stuffs his socks down it because "you're not bad but your tits are too small and you'd look better with bigger tits"

Himself and I couldn't decide whether the worst bit was what the bloke did or the fact that she just stood there and didn't punch his lights out for doing it, personally I wanted to kill him but it's not wise to get into anything, you don't know what might happen which I think is probably why she didn't react other than to remove the socks and leave.
Horrible, it really ruined any fun I might have been having so we also left and headed back to a quieter Wetherspoons off the main trail. 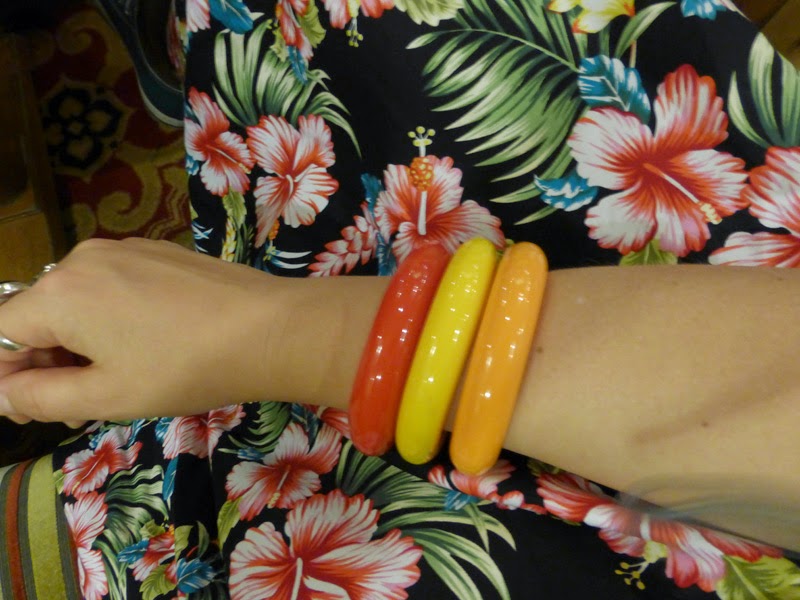 I had brought my Hawaiian Hell Bunny dress for an outing and I feel sorry for what it had to witness.

As Alison says on the one hand the whole Stag/Hen do reputation brings money to the town but on the other the amount of damage and anti-social behaviour it also brings might just outweigh the benefits.