Green is the Colour of Spring.

and both certainly seem to be on my mind at the moment. Finally, finally the rain has stopped and the sun is out, it's still cold but who cares the sun is out!
I got to spend a blissful few hours outside today pottering around the garden. I was having to resist doing too much because at this time of year the temperature can plummet again before you know it and kill off all the tender shoots you have just exposed.

I also felt the urge to go into town yesterday and give the charity shops a good going over. I had a bag of stuff to drop off anyway. Pickings were fairly slim but I did get enough to quell my shopping urges without spending a fortune. Result! 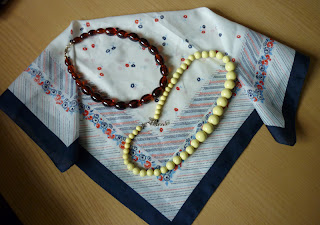 two necklaces and a scarf £2.48 for the lot. The brown necklace will never get round my fat neck but I liked the beads and plan to restring it. 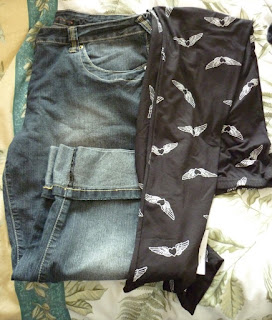 Cropped jeans for the summer and some printed leggings. 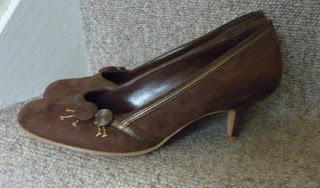 Brown suede shoes, strangely these were immaculate outside but really grubby inside. For second hand shoes I use a great Aggie and Kim (from 'How clean is your house?') tip. Using anti-bacterial surface wipes I give the inside a thorough clean and then let them air dry rather than wiping them dry. 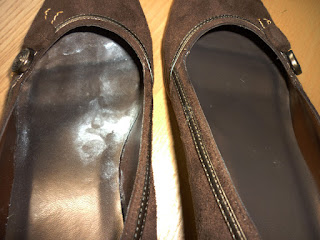 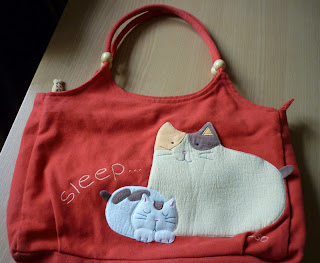 This bag was £1.50 and I know my Mum will love it so I snapped it up. I also got this little bag with a friend's birthday in mind but suspect I will end up keeping it! 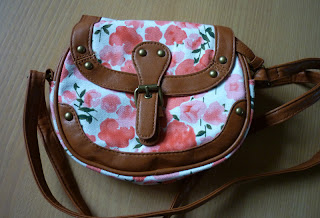 I then went to the real shops and ended up buying another pair of boots!?! I told you the minute I found the pair I was hunting for I would keep finding more, well that's my excuse anyway! They were reduced to £16 so I feel no guilt. 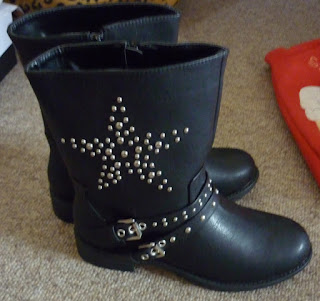 Final stop was Wilkinsons for bird seed and scourers. Of course there was no way that was all I would end up buying, especially when I clocked they had got two full aisles of garden stuff!
I came away with 2 packs of bulbs, some seed onions and some amazing white strawberry plants that I have seen elsewhere for 3 times the price. Good old Wilko! 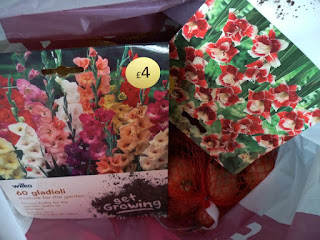 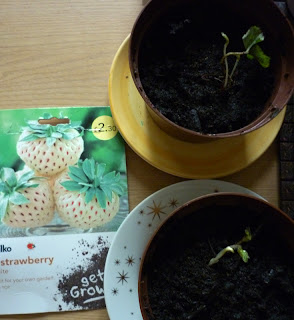 Already potted up and shooting :-)

Now what has any of this got to do with green I hear you ask? Well I have found myself browsing green clothes on Ebay lately, I ended up buying this pretty frock which I can see getting lots of wear out of. 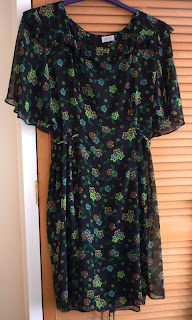 I am still on the hunt for my Helga dress. I can't remember the exact post where she is wearing it (or I would link it), but Helga has the most glorious green dress that I covet and plan to sneak into her house and steal one day.
Well it looks like the search maybe over thanks to the frock hunting skills of the amazing Vix

Behold my new frock of greeness. 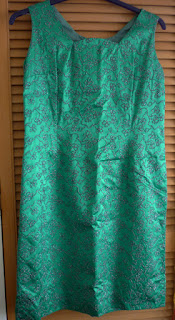 It needs a little adjusting but that's fine and easily doable. It's been lovingly handmade and checking it over with my alterations in mind it was clear to see that it has been altered before in it's lifetime. I love seeing these signs of someone else's handiwork. 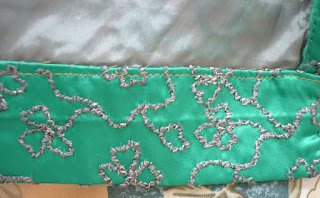 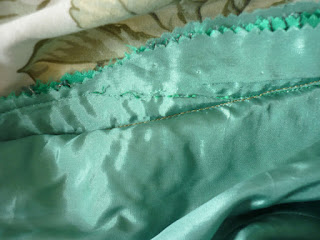 I shall sign off with my Valentine's bouquet.Have a great week everybody. 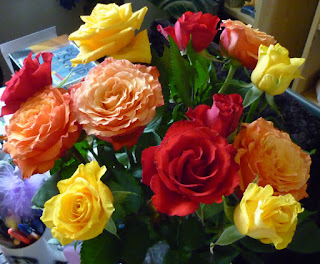 Rambling, Randomness and My January Puchases

It's Sunday afternoon and I haven't done any of the things I planned to today because it is pouring with raining AGAIN. I feel like it's getting hard to remember what it's like to have a weekend, or even a day when it doesn't rain and frankly I am fed up of it.

As you may recall I set myself some goals for the coming year, not new year's resolutions as such just things I feel I should try to do or maintain and on the whole it's going fairly well. January I kept a very low profile because it was cold, dark and miserable and I was completely skint after Christmas.

We had some snow and this did have a rather distressing effect on me......I started to spring clean!?!

I know, I know I'm hoping it will soon pass. So far I have blitzed the kitchen from top to bottom with quite terrifying zeal, the bathroom, the sitting room, our boudoir and the small front bedroom. I scared Himself as I scrubbed walls, doors and floors in a demented fashion so he's been going to the cinema a lot at weekends lately or decamping upstairs with the laptop so I can rampage in my rubber gloves in peace.

Other than this I have tried to keep up with the healthy eating.(This has been partially successful, a couple of meals out and some stressed out I need chips/wine/cake days have scuppered it a bit.)
The no mad shopping just for the hell of it, (this has been a resounding and epic win much to my astonishment!)
and the exercising regularly (an unsurprising spectacular fail on that score.).


We had the bizarre situation last weekend where simultaneously the television would not switch on and the oven would not switch off! I ended up having to put the oven off at the mains socket whilst Himself dismantled as much of the TV as he could to try and get it working again. It was to no avail the TV was dead, apart from the timing being crap I was kind of glad it died because I have always hated it. We got it second hand, it's huge and it made this weird intermittent screeching noise on certain channels which never bothered Himself but drove me nuts.
Very kindly my brother offered us their (actually not very) old one as a replacement which we gratefully accepted. You know what was a bit weird? as soon as we had the new TV set up, the oven started working properly again and has been ever since! Strange.

We did go to see Lincoln last week too. I enjoyed it, though Himself was not so keen and the guy behind us fell properly asleep and started snoring in a rip roaring fashion which had everyone sniggering until someone elbowed him in the ribs. I also saw Prince Charles on Monday when he visited my workplace which meant some over the top security and a free packed lunch.

Without further ado I will share with you my January purchases. 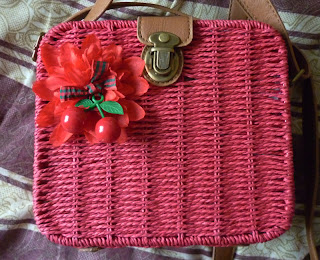 I bought this bag in Primark for £3 I hated the big old plastic flower on the front so I tinkered with it a bit. 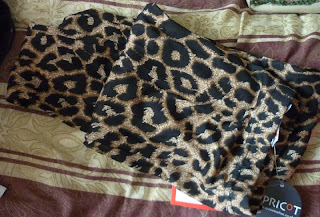 Leopard print 3/4 length leggings for the spring/summer if we actually get one this year £5. 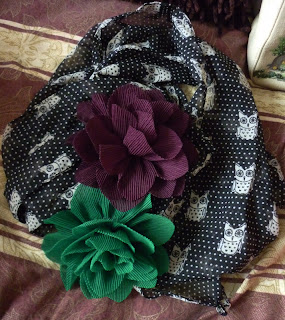 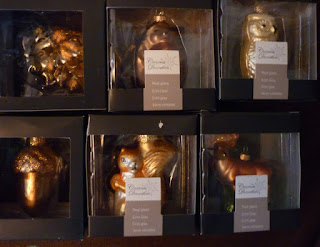 A set of Glass Christmas baubles with 70% off for £6.99. I thought they would come together in one box but nope they are all individually boxed. I nearly bought them before Christmas full priced because there was a hedgehog but couldn't justify it. As it turns out though the hedgehog is cute, I like the stag best and the outraged squirrel is just mint.

Finally I got some late in the day Christmas money so I bought these wonderous shoes for £35 in the sales. I'm not sure I can even stand up in them, let alone walk them but my life felt incomplete without them. 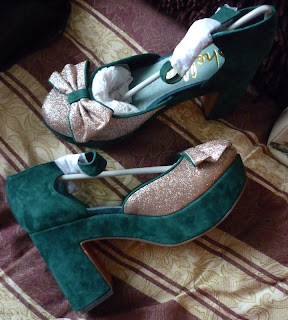 Right I'm off to drink tea and do some sewing
Posted by Miss Magpie at 07:32 9 comments: 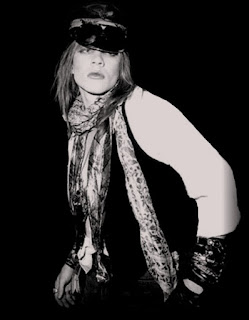 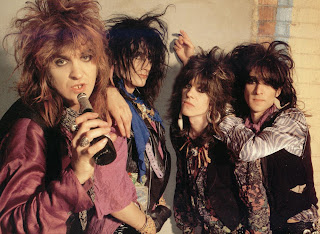 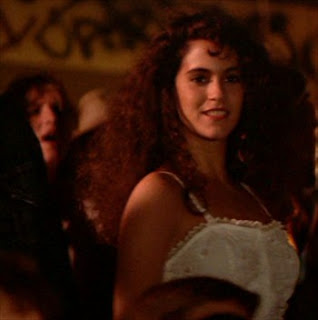 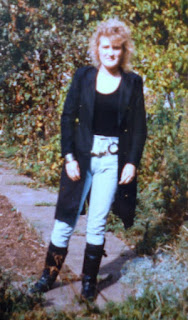 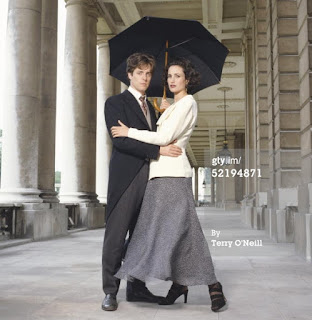 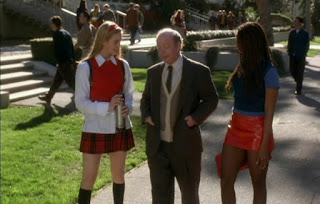 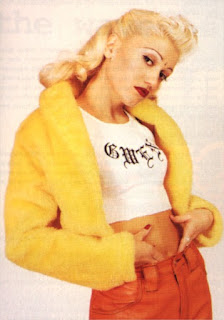 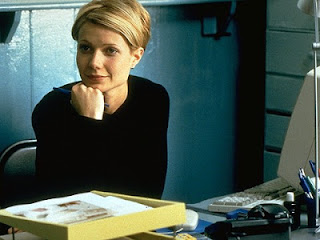