I had planned a blog post this week, (well to be honest I had planned one earlier but we all know how that seems to go with me these days!) it was going to be full of two exhibitions I had booked but instead I have been sensibly holed up at home.

I went into London for work on the 11th March, shortly before things really started to lock down. It felt quite strange and I did arm myself with a travel size anti-bac hand gel which I used after travelling on the underground. For the first time ever on one of these trips, rather than being wedged into a stranger's armpit I actually got a seat! Quite a strong indication that things were a-changing. I was chatting with some of the staff at the hotel we use for meetings there, and they were saying how many cancellations they had had. At that point I fully expected to be able to keep my meetings booked in April.
The next week I had the Monday to Wednesday booked off as holiday, I couldn't wait, I have been feeling very jaded and tired, work has been hard lately for various reasons. The plan was to sleep lots, read lots, empty the little conservatory and clean it and go to an exhibition.

As you may recall this rental house was found at the 11th hour and was only meant to be a short term stop gap as the owner was going to build. Well his planning application got turned down and he decided not to appeal it, so three years later we are still here!
We never really bothered to unpack as we thought we weren't staying, so the little conservatory was piled full of boxes. I have now been through them all, taken a load of stuff to various charity shops, been delighted to rediscover some bits and pieces that are now out on display (my beloved golden elephant is back in pride of place, Himself hates him but I love him so I win!) 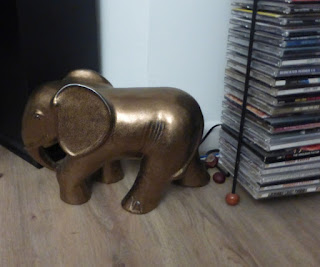 I carefully re-packed what was left. 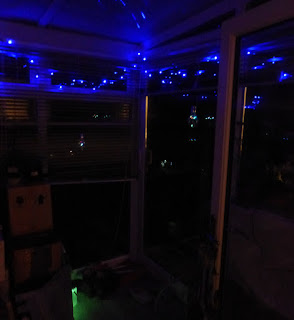 I even found a brand new set of solar powered fairy lights I didn't know we had so I put them up!

The reason for this clearout was we are due to have some major work done on the house. It was meant to be next week, I'm not sure when it will take place now but no harm in being ready anyway. 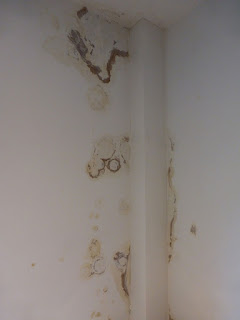 This is our kitchen wall. Basically the 1950's concrete guttering has failed and when it rains the water from the roof pours down the inside of the wall. The kitchen is tiny and we have had to shift stuff around and stop using one set of sockets because the wall is so wet so it's a bit of a struggle. Having said that I'm not hugely looking forward to the work being done, we have been warned it's going to be very messy! Apparently they have to put up scaffolding, take the bottom two rows of tiles off the roof and then angle grind the guttering off the wall, which I'm guessing is where the mess comes in. I just hope they offer to clean the windows afterwards, or maybe I'll have to brave the scaffolding and do them myself (Eeek)

Anyway I was meant to be going to see the latest exhibition at The National Portrait Gallery on Wednesday last week, 'Cecil Beaton's Bright Young Things' but like everything else right now it's closed, thankfully they have offered the option to use my tickets on another day so at some point I will go. 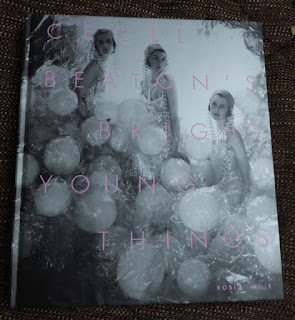 I treated myself to the book so I can at least look at that until I get to see the pictures in person.

Instead I cancelled the day's leave and went into the office to get my laptop and work phone set up to work from home which I have been doing ever since. Strange Times.

The whole stockpiling madness that has taken place has been a pain in the arse. We don't have a car and walk to our local supermarket once a week to shop for the week ahead.
We have been absolutely stuffed these last few weeks as the shelves have been pretty much bare. I ended up having to go several days in a row just to try and get something.

We did belt down there at 8am on Tuesday morning this week and it finally seemed like there was more stuff. We managed to get fruit and veg and even a pack of toilet roll. Absolute madness.

These last two weeks have just been a list of cancellations. I was due to go to the V&A today for this 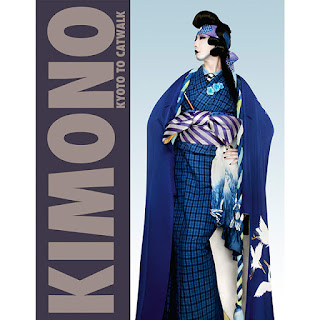 I will try and go when the museum re-opens. The other exhibition I was planning to see on Handbags has been postponed to September.

My friend Charlotte and I had tickets for Chelsea Flower Show in May which we can hold over to next year and even our hotel booking for September has cancelled. I actually was ready to cry when that happened. It was just too much on top of everything else. My Dad's care home is in lock down which whilst only right and proper was handled very badly, my Mum was very upset. Thankfully she is keeping herself busy at home and Bobby the cat has been a godsend. Himself's Dad is at risk and is also meant to be self isolating, it's a worry being so far away. I found myself getting so stressed watching the news every day I have been deliberately only watching every other day.

I did go to the Theatre last month before all this started, a sort of late valentine's outing . We went to see Witness for the Prosecution by Agatha Christie in London. 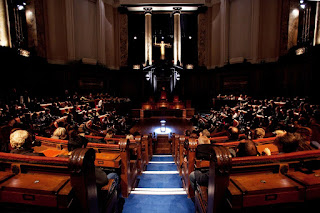 I know the film version well, but the play is much darker. I loved that they actually had this production in a real court room it was so atmospheric. The members of the audience who's seats were where the jury would be, actually had to act as the jury for the production. Sadly not being wealthy our seats were in the press gallery, but at least it was a good view.

I shall finish with the main reason I haven't been blogging so much over the last 8 months. I usually type up a post in an evening but for the last several months all my spare time have been taken up stitching like mad. You may recall I sorted out my sewing/stitching/embroidering stash a while back. In doing so I found several embroidery kits that I had bought back in the day when my Mum worked in a wool shop and I could use her staff discount. So basically I've had them sitting round for more than 25 years!

This one was certainly a 'project'. I did actually open it when I bought it, but took one look at all the colours and the complex instructions and put it straight back away again.This time I was determined, I mean how hard could it be?
Well it nearly broke me, by the end I was actually hating it with a passionate loathing, but by then I had done so much I was determined to grit my teeth and just get the damn thing finished! 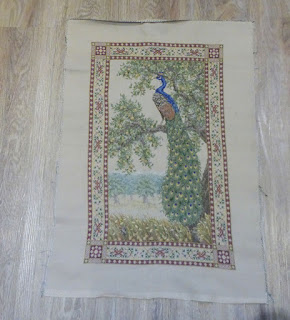 I am planning on having it framed. It's huge though so I might need to save up for that, it will need to be a custom frame. I do actually like it again now I'm out the other side.
Posted by Miss Magpie at 16:16 8 comments: