If you bear in mind that on my list of 'my idea of a holiday from hell', cruising would be number two behind a beach holiday it seems ironic that earlier this month Soo and I went skipping off to the V&A to visit their Ocean Liners exhibition.
However when you consider cruising reached it's height of luxury in the 20's and 30's it's no real surprise at all and yes I was in absolute and utter Art Deco heaven.

The exhibition was fantastic, indeed it took us the best part of 3 hours to browse at a leisurely pace, also going towards the end of it's run meant it wasn't as busy which is always a plus. It began with travel posters and the history behind how cruising came about, basically as a way to take a holiday and also reach your destination in the days before air travel. Of course the levels of luxury between the classes (as shown in the film Titanic) were stark.

You saw how the design of the ships evolved and the mind blowing size of those first original boats through scale models. Which saw Soo and I both living dangerously to kneel/squat down to get a good look inside as this took considerable time because the detail was astonishing. All I can say is it's a good job I do pilates otherwise I'd still be there now, knees locked, weeping. Anyway I digress.

It was astonishing to see how everything in 1st class was designed bespoke, from the furniture and specially woven carpets, to the cutlery and lightfittings. Master craftsmen made every item and even the artwork was commissioned from the leading artists of the day. 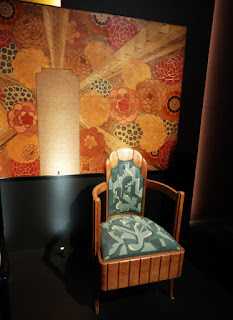 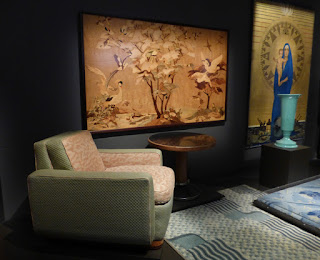 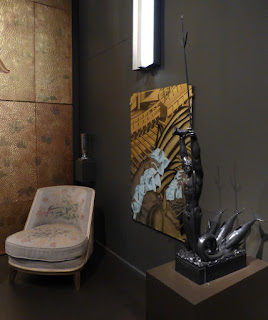 There were some wonderful clips of old film footage from the very earliest days of film through to the 1970's where if I'm honest everything just looked tacky. Even though it was still meant to be the very height of luxury the fact that everything was bright plastic just made it look like a bus station waiting room!

The frocks in the clips from the 30's had me swooning, I'd like to think I'd have been slinking about like those glamorous ladies but I have no illusions, lets face it, if I would have been there at all it would have been down in the hold sweating like a navvy whilst washing the dishes.

Indeed that was my only tiny criticism of the exhibition it was all about the upstairs so to speak. It would have been interesting to know just how many staff it took to maintain such luxury and how they lived.
I mean they even had live cows on board to provide fresh dairy produce!?! (You only learned that because of a graphic description of a near fatal voyage through desperate weather where one of the poor unfortunate creatures ended up hanging half through the dinning room ceiling.)

From the inside we moved on to life on deck and then on to the outfits, spanning from the 1920's to the 1960's they were a snapshot of leisurewear, swimming costumes and of course full on evening glamour. 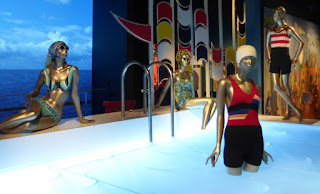 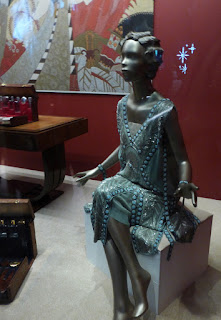 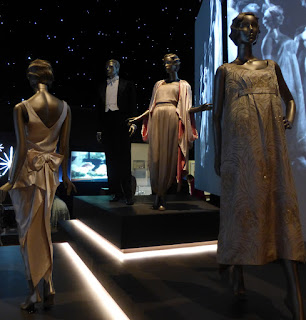 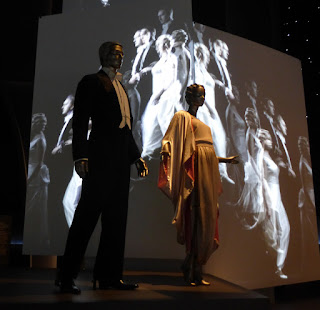 There were also accessories 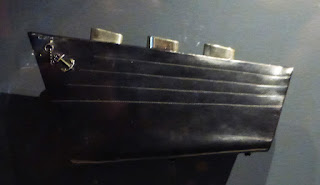 I had to resist doing a smash and grab for this clutch bag!

Oh and one of Marlene Dietrich's suits and a clip of film of her wearing it! 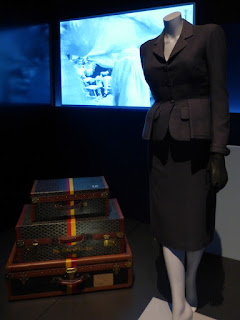 What I also liked was all through the exhibition there were sobering reminders, it wasn't all OTT glamour.
Like when the ships were requisitioned for both world wars to carry troops or do other war work which was fascinating. Or of tragedy, like the priceless tiara that was saved for one Lady by her maid as their ship went down. A bitter reminder that she and it survived but her daughter didn't. 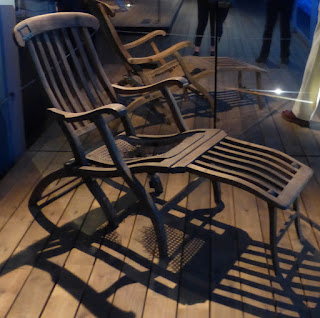 A deckchair from the Titanic.

Finally we got to see the mechanics so to speak, inside the engine room as well as some of the designs showing how they made these huge beasts actually float. Finishing with some more recent interiors and art work and rather strangely clips from various Hollywood disaster at sea movies on loop.

All in all a fascinating exhibition.

There May be Tough Times.

May has been a challenging month. The last week of it I was the only person in our team to be in the office so hardly drew breath. Things have been very busy and very unsettled at work. I don't have a problem with change per se it's uncertainty I hate. I like to know where I am at and what is going on, to have a plan.
In the space of a few weeks the director of our department and the head of our department announced they were leaving, neither is being replaced so we don't know who will be managing us or exactly how they anticipate the work being covered. On top of that we have a new computer system coming in plus a new email system and finally a new application system for the next student cohort. It's like starting a whole new job . *sigh*

On top of that there have been various trials and tribulations going on in my private life meaning I just didn't feel motivated to blog even though I have also done lots of fun things in May.
We had a flying visit to Margate for birthday catch ups with Himself's Dad and my friend Kay. We traveled down separately because I went to see the musical Beautiful with my friends Dan & Melissa. 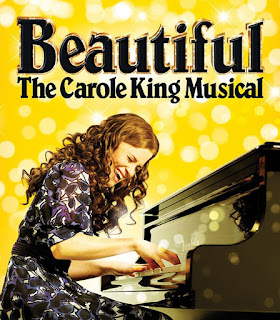 I was particularly low that week so it was exactly what I needed. I defy anyone to not find their spirits lifted by this amazing show.
I'm ashamed to say I knew very little about Carole King other than her from the 1970's with flared jeans, paisley maxi dresses and masses of curls seated at a piano belting out songs from her ground breaking solo album Tapestry.
I had no idea she started her career at the age of 16 writing songs for most of the big groups of the 50's and 60's, or that she actually wrote most of the big hits from that era that I love.
The performers were just fabulous, and Bronte Barbe thoroughly deserves all the awards she has won, she was just incredible, at one point her voice was almost too huge for the New Theatre!
The singing was just so good at times the hair on my arms stood on end and I could have literally sat right through the whole thing again as soon as it finished.

I also did a few cinema trips 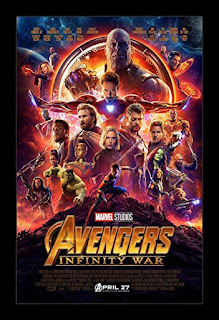 The latest Avengers film which was great but just a tad too long. 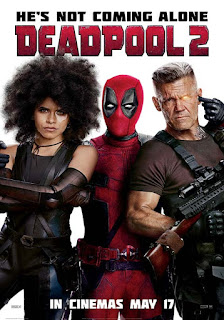 The second Deadpool which was bloody brilliant. Very sweary, very very funny and just a little inappropriate. I actually cried with laughter at one point, again another much needed relief from the stresses of my real life. 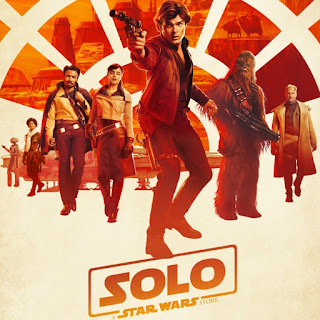 Finally Solo as soon as it came out (I do live with a mad Star Wars fan after all.) I went with a heavy heart because having seen the trailer I didn't have high hopes. Frankly Alden Ehrenreich doesn't look even slightly like Harrison Ford or sound like him when he talks so I just wasn't convinced it would work.

As it goes I loved the film!

As a stand alone film in the Star Wars universe it works and it's a great action film. I guess the only thing that jarred was Ehrenreich just looked way too old to be an 18 year old Han Solo.

Soo and I finally managed to catch up properly after snow stopped play not once but twice. We decided to visit Moreton in Marsh a Cotswold town neither of us has been to for many a year. We had a great time and were charmed by the beautiful town and it's unexpected abundance of charity shops. We browsed them all and both scored a bargain or two before stopping for a delicious lunch in a very busy cafe come bakery.
From there we went to Batsford Arboretum and spent a blissful couple of hours ambling under the trees and feeling a world of worries falling away. 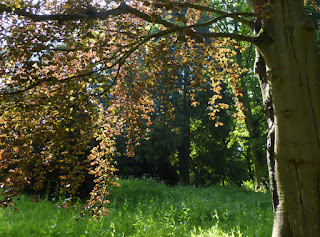 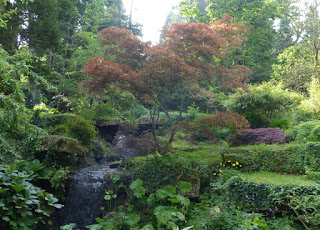 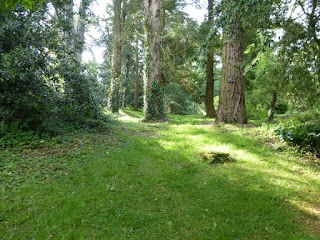 I'll close up with my May purchases because it's already June and who knows when I might get round to sharing them otherwise? 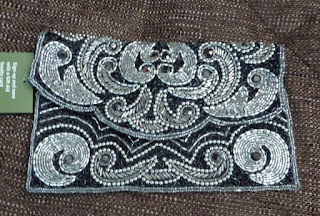 The first was a charity shop buy locally. I dropped a bag of bits in and couldn't resist this when it caught my eye. It's not at all old but felt a bit Deco-ish to me. 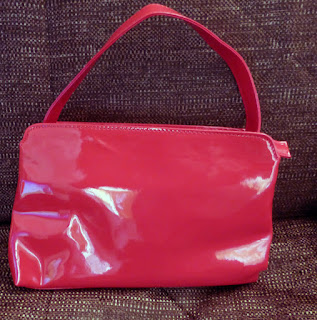 The second was a purchase from Moreton. Again it's not hugely old, 90's at most but I loved the lipstick red patent. 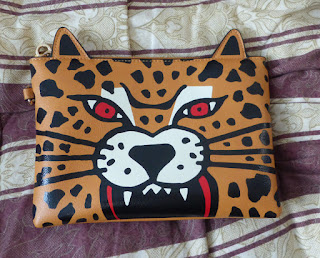 Thirdly I was in one of my happy places (Paperchase) with a £5 voucher on top of a 20% off everything offer so what is a girl to do?? 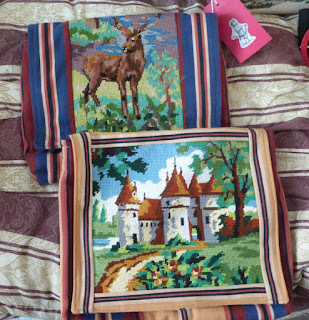 Finally I fell in love with these bags very cleverly made from re-purposed tapestries bought in a charity shop and an old school blazer!

Talking of re-purposing look what my Mum and I did with two of my jumpers that had become shapeless with wear and washing. 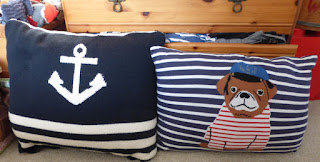 She did the dog, I did the anchor I then bought a pair of value pillows from Sainsburys to stuff them with!
Talking of Sainsburys I came out with shoes and a jumper after nipping in for a few groceries... 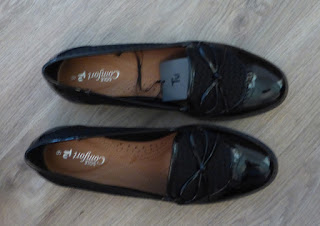 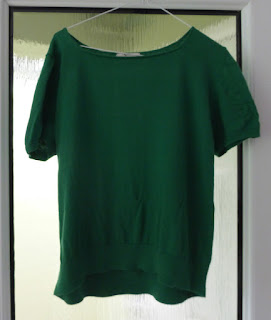 Sorry the jumper is all crumpled I wore it straight away so it's just come out of the wash and is waiting to be ironed! As are these capri pants and this shirt I bought in Primark. 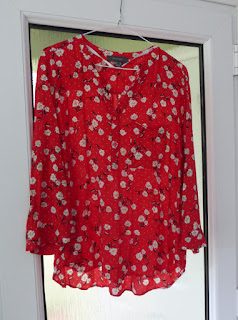 I bought this brooch in Moreton for £4 in a little Antique fair we browsed around. 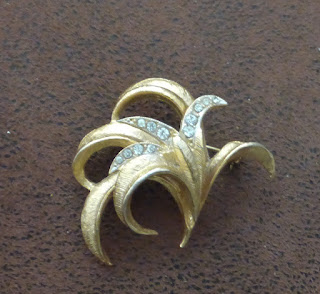 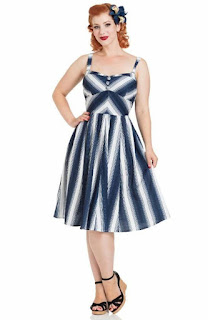 I fell in love with this nautical frock on the Voodoo Vixen website but could not justify the price tag. I stalked it for ages and then managed to find one on Ebay new with tags for less than half price = Result! 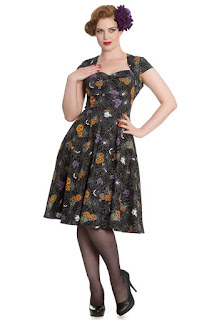 I ended up browsing the sellers other items and couldn't resist this Hell Bunny pumpkin dress.

There was an incident with Nephew Number One and an H&M beanie which I won't go into surffice to say it meant me visiting the men's department of numerous branches fruitlessly looking for a replacement in the hottest weeks of the year. So I bought myself some sunglasses. 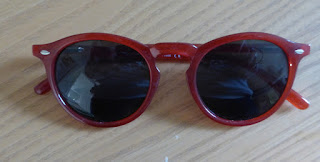 I buy a lot of my sunglasses from men's departments because I have a big face so they suit me better.

I had to go into TK Maxx with Himself which was a trial because I hate TK Maxx and can never find anything to buy in there. 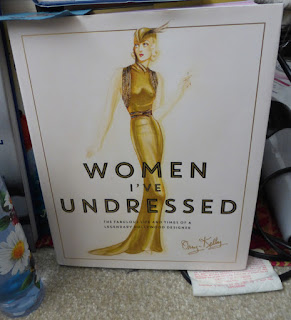 Surprisingly I found a book that has been on my wishlist for ages for just £7. Another great result.

June is 3 days old and I have already nearly melted away at a college dinner, seen the Oxford Pride march and unexpectedly walked 9 miles around some of the green spaces in Oxford.
I have some much needed days off next week with a trip to the V&A, the theatre and the circus planned. Huzzah for June.
Posted by Miss Magpie at 13:36 6 comments: