A Final Round-up of the Year.

Well I don't quite know what happened but it's the end of December and I haven't blogged AGAIN.

November passed in a blur. It started with an emergency dentist appointment. I got up one morning and stood with my morning cup of tea watching the birds on the bird feeder mind in neutral and suddenly realised half a tooth was missing!
Thankfully my dentist was able to fit me in 2 days later and even luckier for me it was something he could sort then and there, so I didn't have to worry about trying to fit in extra appointments before heading to India.
I had an hour to kill before my appointment and ambled about an antique centre in the town which was where I found the sparkly brooch top right 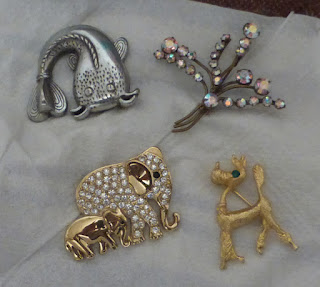 The  elephant and poodle came from a girls day out with Soo and Melissa in Burford. It was a fab day out catching up over a delicious cream tea at the famous Huffkins Bakery, and mooching round any shop that took our fancy. Which in my case meant buying these cute snowmen in a charity shop for the princely sum of £2 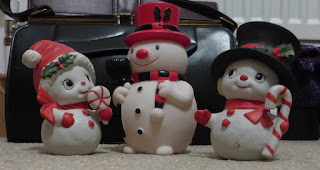 This was followed by the whole family going out for a meal for my Dad's birthday and Mum and Dad's 53rd wedding anniversary.
Dad decided he wanted calamari and king prawn risotto, luckily we have a Prezzo within walking distance of Dad's care home that do both!

I was due to fly out to India on 20th and had planned to pack at the weekend but then Himself got offered two free tickets to The Albert Hall for Star Wars in Concert with the London Symphony Orchestra. (He writes for a film/tv review website and the person who was supposed to go suddenly couldn't.) 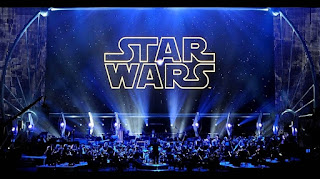 I must admit I wasn't that bothered at first but as it goes we had a great time!

We wandered around Chelsea and then headed to pick up our tickets. We fully expected them to be rubbish tickets as they were press tickets, but we were downstairs in the stalls slap bang in the middle of the auditorium = result.
The performance was extraordinary, though I did keep watching the film rather than the orchestra. I hadn't realised that there are actually only two parts of the film with no music, so they basically just played for the whole duration.

The next week I was in India, on the outskirts of Mumbai to be precise. I got to spend three and a half days in a hotel. Bah.
As anticipated I barely had any spare time, certainly not enough to do any sight seeing, just the old hour or half hour here and there, so not long enough to get in and out of Mumbai. Double Bah. 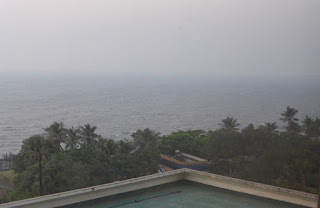 My room had a nice view though.

The night of our event there was also a book launch going on. I took to google and discovered the bloke is one of India's most famous cricketers. There were paparazzi snapping away like mad and me sitting there with my University of Oxford table cloth & banner!, So I just slowly leaned back behind a potted palm to get out of view.

We didn't even get the chance to eat anywhere other than the hotel. Hard going for me as they were extremely liberal with the chili and spices and I hate hot/spicy food.Even the pasta al pomodoro on the Italian night had so much unexpected chili in it it blew your head off!!
It got to the point that when there were some plain green beans on the buffet I was so excited I actually started singing "green beans, green beans" and jigging about a little bit until the lady next to me backed away.
Our driver to the airport was so sad we didn't get to see anything he did a slight detour so we did see the lovely Portuguese church and the most famous Bollywood studios which is something I guess.

Once I was back home Himself and I had tickets to see Bowling for Soup in Reading. We had said we probably weren't going to bother seeing them again but as it was just down the road we went. 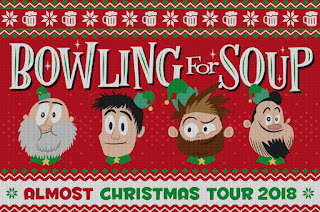 That Saturday I went back to Stroud but this time with Soo to do some Christmas shopping. We had such a fun day out and this time the second vintage shop Strangeness and Charm which happened to be shut the last time I was there was open. On top of that the white bag I saw in their window was still there so I dived through the door and did a deal then and there on that and another very lovely 1960's blue number that needed a little fixing. 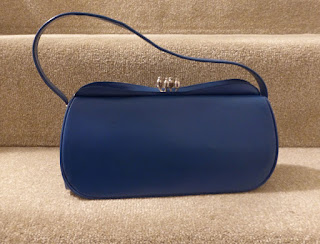 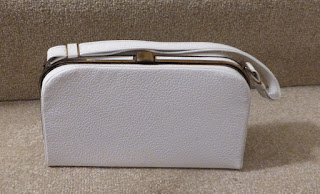 Aren't they fab? They have both been cleaned and as it turns out the blue one was dead easy to mend. I really should have done others that have been waiting longer but hey.

Oh I also bought myself a brooch 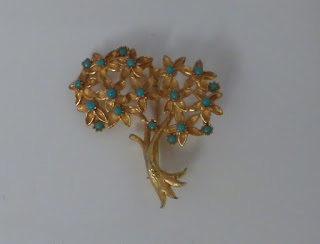 the rest was presents for other people I promise.

Himself and I have been to the cinema a few times too. We did The Crimes of Grindelwald and also Ralph Breaks the Internet, both of which I really enjoyed.

We squeezed in Mary Poppins this week too which I thoroughly enjoyed. 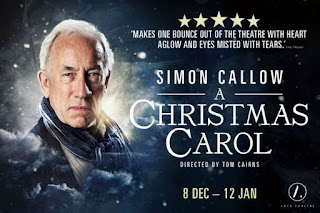 Simon Callow doing A Christmas Carol reading, it was amazing.This was a recreation of one of Dickens own readings. I love the story anyway so it was great to hear this interpretation.

This is my third Christmas in this house and the first one I've actually felt vaguely festive. We don't actually have room to put our tree up anyway but I did suddenly think of the old table top tinsel tree that I couldn't bear to throw away. With some trepidation I went and rescued it from the shed fully expecting it to be thick with mould but it was absolutely fine. Huzzah. 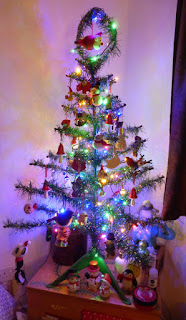 I have actually put it up in our bedroom, resplendent with random decs and a string of £5 lights from Wilko. 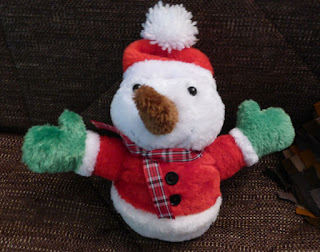 Oh I also made a snowman from a kit, he seems quite pleased with my efforts.

Sadly we also had a funeral this week. Our old neighbour died on the 30th November. He was 90 and happily had managed to stay independent at home despite having had a stroke, he died quietly in his sleep, you couldn't have asked for more really. He was a wonderful man, such a character, and we shall miss him terribly, Himself especially.
It was a lovely service and wake, literally someone from every house in our old street came so it ended up being like a street party really. He was so well known around the town that the bank manager and staff from various shops came too.You just don't get that any more.

Well that's me. I don't know about you but I've done three Christmas meals already and will be at my brother's on the day having my fourth. Thankfully I get Christmas Eve off work for once meaning I get the whole week. woohoo.

Work's been a bit weird lately it seems there's lots of change ahead in 2019, I'm buckling up as I'm fully expecting a bumpy ride.

I shall leave you with the frock I have bought to wear on Christmas day. 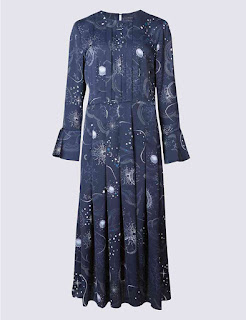 oh and the pair of brogues I bought when I nipped into town for a few bits and pieces which obviously did not actually include brogues. 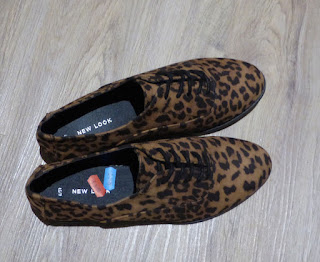