A July Round up of Sorts.

Well since I last blogged the field I quite often walk through when out for some air, has gone from this 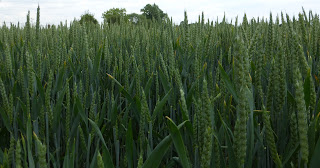 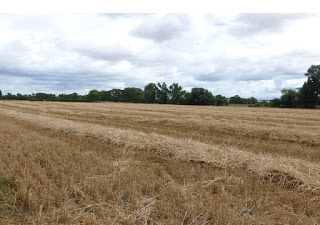 I have been finding life challenging this year, there has been some pretty stressful stuff going on and my mental health has not been the greatest. Mostly all I manage when it's bad is getting up, dressed and onto my laptop to work. I actually find work a boon, because I have to concentrate on what I'm doing, I don't think about anything else.
Either that or I read, again I can lose myself in a book, it has always been a coping mechanism for me. The fact I have already read 42 out of the 50 goal I set myself on Goodreads is another clear indication of the state of things.
A far amount of this year I have found it beyond me to do more than the minimum necessary to get through life, so the house is more often than not a tip and the garden going it's own way and things like blogging slip way down the list.
This isn't a pity party, I'm not looking for the sympathy vote, I am coping and this to will pass.
It's more that my blog has always been somewhere I have been my authentic self so I wanted to be honest about the downs as well as the ups and the reason I have been AWOL for most of the year.
The vast majority of the time I am a ridiculously positive person, I genuinely am that person on my blog careering through life buying too many dresses and handbags, and despite things, there have been handbags and dresses in 2022.
Anyway today I'm doing ok, I am inside because it's too damn hot. I felt like blogging, so I thought a round up of last month would be a good place to start.
Having just said I am generally a positive person, I certainly was at the start of July just not in a way I would have wanted! 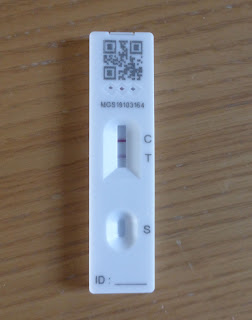 Like so many other people I know covid finally hit the Magpie household after avoiding it thus far. Himself brought it home from work where it turns out his assistant was positive and kindly carried on coming into the office SIGH.
I was working from home that day and went out to my Pilates class before he got in. When I got home later that evening he announced he was 'full of cold' I asked if he had done a test and he insisted it was just a cold because he'd tested the day before and was clear. We small debate ensued and he did another test to shut me up, all I heard was 'Oh!'
Sure enough the second line had appeared. Inevitably I tested positive about a week later. Randomly we had completely different symptoms and time lines. I was negative after 5 days, he was positive for 12. I had a killer headache for a day, then cold symptoms. So a cough and blocked nose but otherwise felt ok.
However for me it turns out covid is the gift that keeps on giving. Having been clear for over a week and feeling absolutely fine I was out in Oxford for cocktails and pizza with some of the girls from work. As the evening progressed my voice started to go, it was so weird. By the end of the night I was properly croaking, I figured I had been talking and laughing a lot and hopefully it would be fine in the morning.
Nope, next day the voice had totally gone and I was coughing again. I tested several times over the next few days but was clear each time. It took 10 days for my voice to return and over 2 weeks to stop coughing.Annoyingly  I'm still not completely back up to full energy levels, though I never stopped working, which with hindsight, maybe I should have rested up a bit.
Anyway with my poor croak of a voice I headed into Oxford on the 9th July to meet Charlotte and Alex as  Alex was down from Liverpool for the weekend. We had a lovely morning that started with coffee and a bit of shopping, then lunch at the food market in Gloucester Green. A blissful browse around Blackwells, where I bought too many books and finished with a drink at The Punter pub in Osney Mead, because by then it was just too hot and we needed to be somewhere in the shade. I do have a picture but it's not the most flattering as we all look very hot and disheveled! Alex said she couldn't get used to seeing me speak but not hearing my voice when I did!
On the Sunday I was up and out, back into Oxford again to catch the bus over to Soo's where I met her and our friend Melissa before headed to Yarnton Nurseries for the day. It's one of those huge garden centres with various clothing and homeware franchises, but as an added bonus it also has an antique centre attached. We spent the whole day browsing clothes, books, bedding and ornaments, followed by plants and finally vintage treasures. The only downside being I still didn't have much of a voice and the heat, lordy it was hot that day, though not as hot as it was due to get the following weekend.
We had actually planned this trip way back on what turned out to be the first Saturday of  lockdown so it really was overdue.
The following Sunday was my birthday and Mum had booked us all in for Sunday lunch in one of the pubs in her village, such a lovely idea before we realised the temperatures were forecast to be in the 40s!! Thankfully on the day it was only in the early 30s!?! So eating a roast dinner was just about bearable.
I had the Thursday & Friday before and the Monday after off work. Ever since turning 40 I have made it a rule never to work on my birthday. If it falls on the weekend I will take days around it.
So on the Thursday Himself and I went to see the latest Thor movie Love and Thunder. 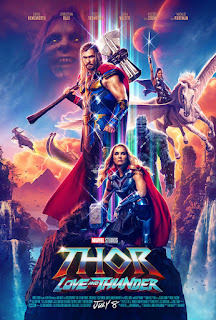 I get why some of the Marvel purists weren't keen, it is a bit of a mess but great fun and I thoroughly enjoyed it. The cracking soundtrack of mostly 80's metal was an added bonus.
On the Friday Mum and I went out to Millets Farm. Another large garden centre, this time one with a pick your own farm, farm shop and petting zoo. Disappointingly the plants stocks were surprisingly poor with many empty shelves. 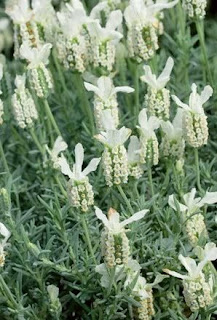 I bought a bag of ericaceous soil and we both bought an unusual white French lavender but that was it. A bit of a let down really. We had lunch and a wander around the animals who were mostly hiding from the heat, before buying some fresh raspberries and a cake in the farm shop.
We took these with us to visit Dad on the way back. It was lovely to see him, I hadn't dared go when I was possibly contagious and then ill, but it was killer because despite the 30 degree weather they still had the heating on in the care home!?!
Sunday started with a boiled egg, bucks fizz and pressies, very civilized I must say. Among other things Himself bought me a minitures tasting set of a spiced rum I had spotted when we were on holiday in Kent and wanted to try. 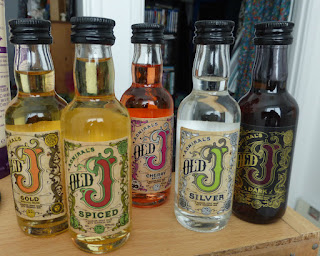 My brother and Caron came round at 12 to pick us up and over to Mum's we went. Sadly my Sunday roast was not the greatest, it was made worse by being smothered in black pepper which I hate, I do wish kitchens wouldn't season food to their own taste, not everyone likes salt and pepper and once it is on you can't take it off. Far better to let people do it themselves at the table.
We went back to Mum's for pudding and prosecco and cuddles of Bobby the cat. I mostly got birthday money and bought a couple of dresses, both in the ironing pile so for a later blog post, as well as 4 silver chains for some pendants I had without chains. 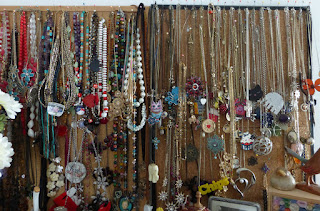 I had had a big sort out of my necklaces on a grey Sunday a few weeks before. Cleaning, untangling and rehanging them. I had bought a cheap pin board previously that had warped so used some self adhesive cork tiles to reinforce it, unfortunately the weight of the necklaces had made the top tile fall off resulting in a big old necklace mess. Did I use it as a good time to downsize? maybe by one or two necklaces..otherwise I just reinforced things by edging the tile with gorilla tape! So far so good.
Monday the 18th Himself was off up North for a week to have a reunion with some of his school and college friends, as well as record some podcast episodes. If you fancy giving it a go you'll find it here The Peggy Mount Calamity Hour (he and his friend critique television shows and films from their childhood so it may not mean a lot if you are in your 30's or younger!)
Soo was also due to pop in but as it was topping 40 degree that day we postponed it until the evening. She arrived at 7pm when it had cooled to a balmy 32! We stayed inside glued to the fan.
The following Monday was Mum's birthday and my Brother & Caron's 30th wedding anniversary. We collected Dad from his care home at noon to find Mum had forgotten the only key to the motor for his wheelchair! Thankfully the mobility shop we bought it from was en route to our lunch venue and downhill so we wheeled Dad there and managed to buy a couple of spares.
Nephew Number One was also able to come along so we had a lovely family lunch of pizza and ice cream, and a good catch up of all his news. Dad was in his element tucking into a spicy pizza, the food at his care home is not the most adventurous and he has always been a foodie bless him.
Himself and I finished the month with a 6 mile walk and dinner at a local pub. I'm frustrated at not being back up to full energy levels after covid, though I suspect the heat doesn't help either. I took myself out for a walk a couple of weeks ago and thankfully stuck to a shorter route because by 4 miles I was suddenly exhausted. 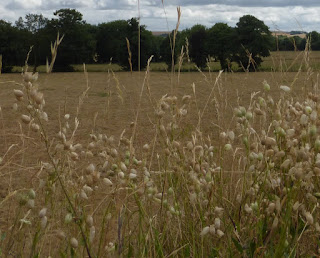 Everything is so brown right now, we haven't had rain for many many weeks.
We are still walking when we can, and as you know I like an incentive. I have just finished a 476 mile challenge called India - The Golden Triangle, chosen because the medal had a tiger on the back! I'm now on a Pirates of The Caribbean trek again for the very cool medal.
I shall finish with the compilation of pictures Himself made for me from our recent walks out. He came to realise that I can't possibly pass a cat by without saying hello to it, and after many such occasions he started taking pictures whilst he was waiting for me to finish my feline salutation. 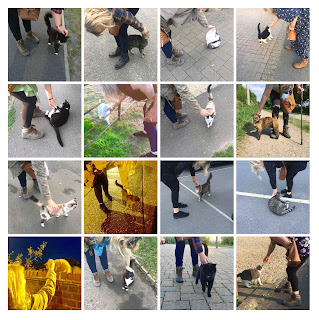 I hopeful more normal service will be resumed blogwise. handbags, frocks and outings to follow.
Posted by Miss Magpie at 09:35 4 comments: