Is it just me or does January seem about 10 weeks long this year? Last week was mad, it felt like the longest week in the history of the world, one poor colleague came in on Monday having woken up thinking it was Friday and then realised she still had the whole rest of the week to get through. Devastating I think you'll agree.
I made Prosecco cupcakes to take in because I thought we could all do with the lift and it also meant I got to drink the rest of the bottle.

I seem to have spent the whole month eating too which is never a good thing in my case. Having said that I have always believed January is a bad month to try and diet, I leave that to February when I feel a bit brighter and stronger willed.
Mind you last night I dreamed I was being weighed and came in at a heart stopping 15 and a half stone!?! I actually woke up in a panic so clearly even my subconscious is thinking it's time to zip those lips girl.

I have made one last sale purchase, from Collectif. They started their sale late 50% off and now have an extra 30% off that so it's worth holding your nerve. 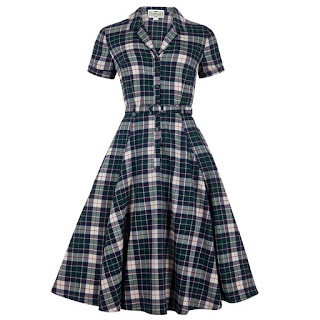 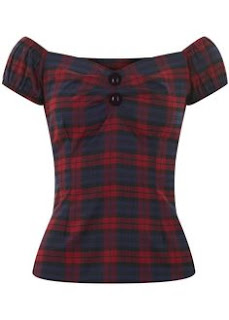 I also got given a dress this week, apologies for the bad picture I just popped it on a hanger all creased and bent, so it looks like a shapeless sack!
One of my students went home to Nigeria for the Christmas break and brought me a traditional dress back, complete with the contrasting hair wrap (not that I have enough hair to pile it up and wrap it sadly, but I shall use it like a head square instead I think.) I was totally blown away by his thoughtful gesture.

I have it on good authority that these are ace to wear in the summer as the lightweight cotton keeps you cool as does the loose design, it also has pockets! Who doesn't love a dress with pockets??

So that cherry print frock I bought from Joanie and showed last post also has pockets. I took a punt on the fact the waist would probably not sit right so bought a size up, and sure enough the waist is high, so high in fact it's pretty much under my bust. It looks fine under a cardigan but it does mean I can't use the pockets. As you can see I practically dislocate my shoulders trying to get my hands in them! and yes I am wearing two dresses in this picture. Nothing to do with the fact the heating is broken at work so we are having to swathe from head to toe to keep warm, but I was about to do a load of washing and I suddenly remembered I wanted to take a picture to show the mad high pockets so rescued it out of the laundry basket and put it on over the dress I was already wearing. 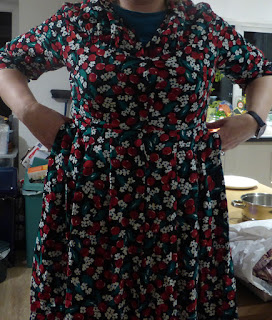 I must say this gesture does thrust the bust forward so maybe I could do it as a chest lifting exercise a la Barbara Windsor in Carry on Camping!

I have started to fret a bit as this seems to be happening with depressing regularity lately. I don't *think* I have a particularly strange shaped torso. I mean I am taller than the average and as my inside leg is a fairly standard length I guess most of my height does seem to come from my torso instead, but I don't recall having such an issue in the past. Maybe it's the style of dresses I choosing now?
Having said that I bought a lovely long sleeve pussybow blouse in Debenhams and had to return that because the sleeves were about 3 inches too short so the cuffs were way too tight and frankly looked ridiculous. Maybe the combination of Pilates and regular osteopath visits are lengthening my limbs!
Talking of Pilates and clothing gifts. My brother and sister in law brought me some elephant print loose trousers from Thailand. 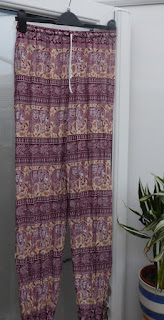 Seem here drying after the wash and in need of a desperate iron. These will be perfect for Pilates in the summer.
Most of the ladies in my class are kitted out with snazzy sport/exercise gear. I toyed with getting some but I feel a fraud. I do not partake in any manner of sport or exercise like activity outside of my Pilates class, to be blunt basically in life I'm lazy as fuck, so exercise gear is a fake and a fraud. Instead I wear plain black leggings and a t-shirt or vest top. I have now become known for my quirky t-shirts so I figure these trousers are a step further down the path of eccentric exercise wear!

I also bought another quirky item of clothing to Pilate in when I was out yesterday with Soo for our Annual January Charity Shop Extravaganza.
This January was not so bounteous as previous years. One charity shop was shut and 3 others had sales on, so the only stock out was the not so great stuff they desperately wanted to shift. 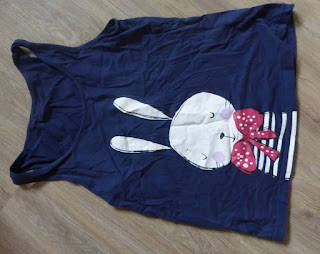 This bunny vest is exactly my kind of exercise top. I paid the grand total of £3.75 for it and these other 3 items. 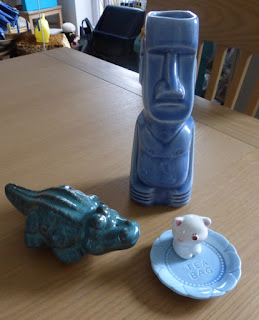 The crocodile is for the garden would you believe, not the animal you would instantly think of when making a garden ornament but I'm happy to go with it.
I can't decide whether to give the Tiki jug to my brother or my sister.
My sister loves her 50's Tiki but my brother is a fan of African art so I thought this might be a fun  thing for his office, to hold pens or something......hmm I suspect it will come down to who is the nicest to me the next few weeks hehehe

I bought a scarf, I don't need a scarf but I bought one anyway because it was lovely and a pound. 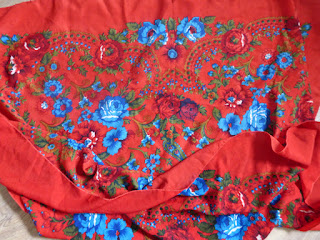 Finally I feel in love with this gorgeous footstool. I went away and had lunch but couldn't stop thinking about it so had to go back and buy it. I'm pretty sure it's 1930's or maybe 1940's 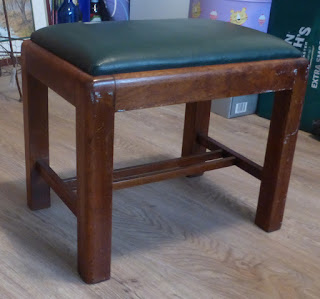 It's beautifully made and in pretty good condition. I need to give the wood a good clean and polish and get the white paint you can see off it, as well as clean and feed the leather. I love the little magazine shelf underneath. I have no idea where it will go and I am meant to be downsizing but it was £5 so how could I not?

Oh and before I lose all my beer drinking cred, the John Smiths is left over from Christmas and Himself's Dad, we haven't yet become desperate enough to drink it thank the lord, but don't really know what to do with it. I may have to cook some beef in ale, lots of beef in ale.....

Right I'm off to do the RSPB Big Bird Watch. 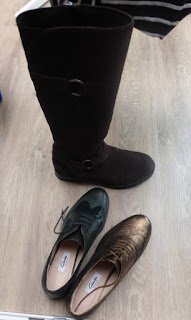 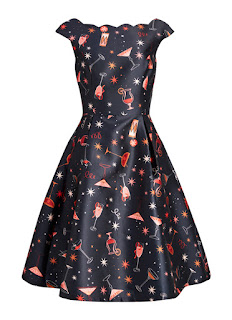 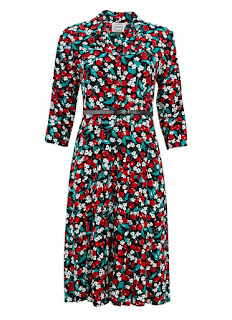 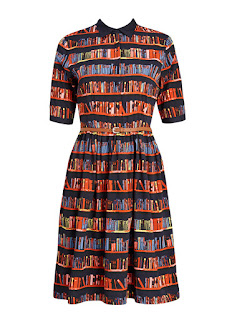 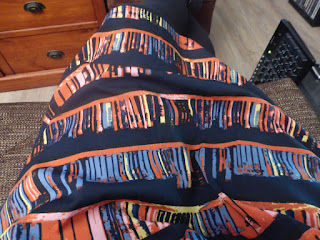 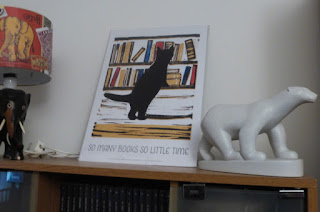 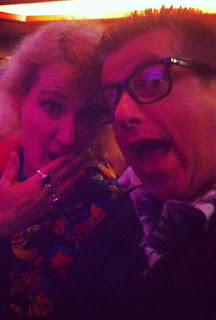 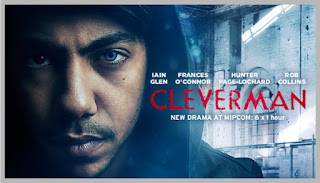 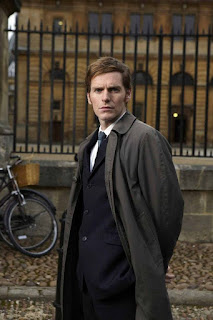