It's as simple as ABC.

It's been another busy and rather stressful week, I wish it hadn't been, but on the plus side at least it means it passes quickly and I'm so tired I sleep like the dead the moment my head hits the pillow.

I've had a couple of dress dramas. For the first time in my life I actually got trapped in a frock!

Back zip fastening number that I've had for a few years and the damn zip just locked tight and refused to move. I twisted and contorted to no avail so I went downstairs and asked Himself for help. He wrenched it this way and that but it still refused to budge so in exasperation I told him to just bust it open.
Bless he was more reluctant to ruin the dress than I was.

Having said that I'm not heartbroken, it was a cheap and cheerful Peacocks frock and I've had good wear out of it, it's just a shame it had to end so dramatically.

The other well, what can I say?

I believe it was only in January I declared that I was going to stop buying random disaster frocks on Ebay? I will be the first to admit the 99p starting price lured me in. It was listed as 'vintage' and in 'excellent condition', sadly when it arrived it became clear it was neither.

Just some of  it's holes are shown below. 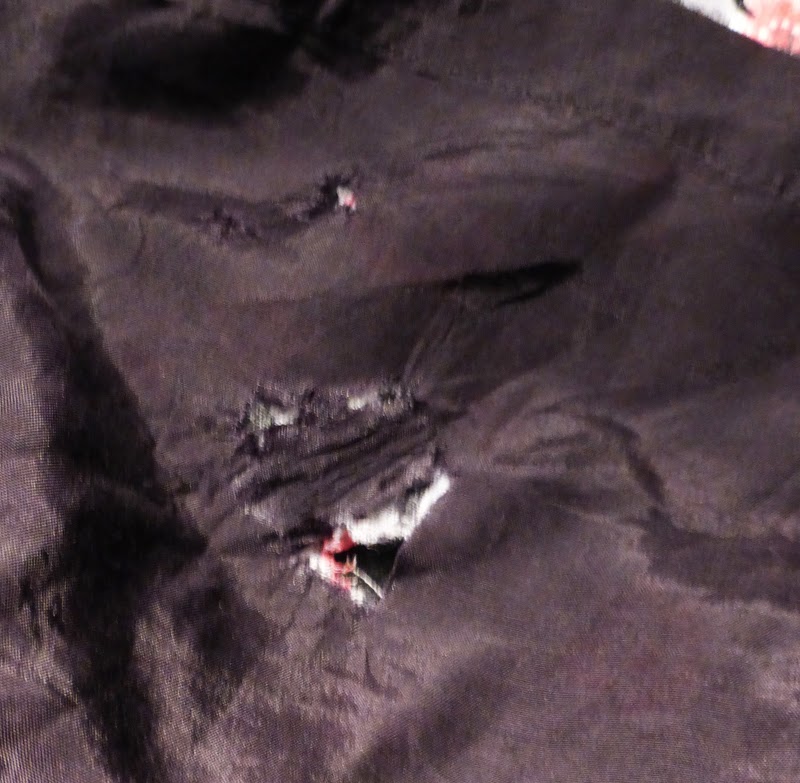 Frankly it looked like someone had lost a fight with a barbed wire fence and yet the seller said they 'hadn't noticed' any damage!?!

Maybe I should suggest Specsavers.....

Whilst I'm on the subject of clothing disasters. I had shoe dramas too. Well why should it just be dresses?

First up I ordered a cheeky pair of boots from the Office website. They were reduced to £16 so I couldn't resist.
They arrived super fast which was a plus, well I say they, when I opened the box this is what greeted me 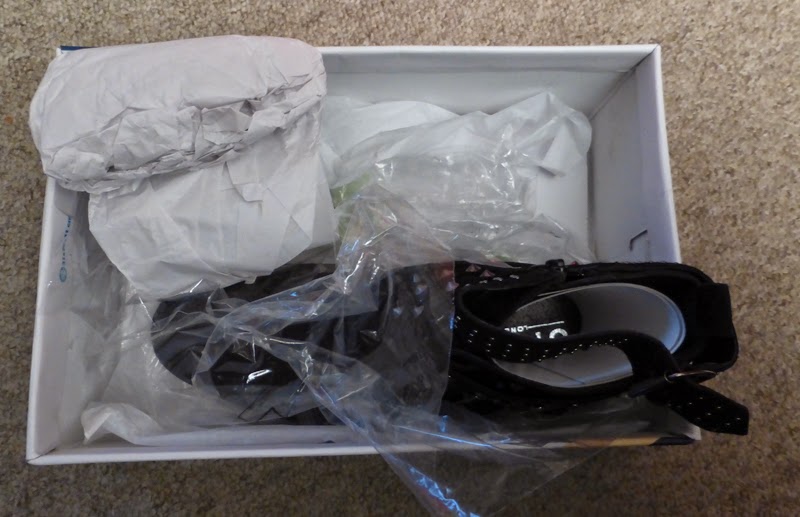 Yup there was only one boot in the box *sigh*

I have to say Office were super helpful at sorting it out and I do now have a matching pair. 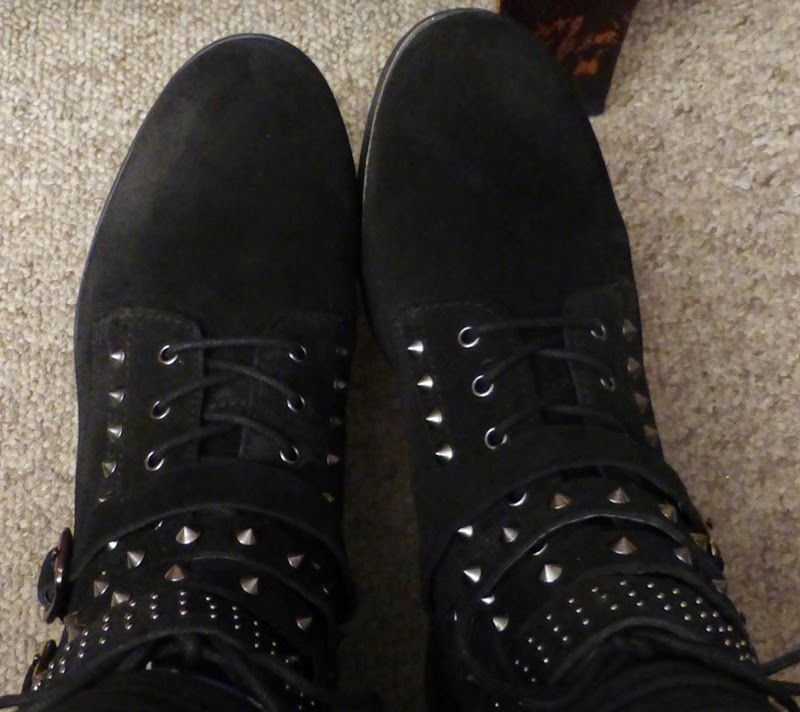 Though I was somewhat taken aback when my Mother said "I like your boots" she has only ever shown dislike for spikes, studs and the like before now.

My second shoe based disaster of the week was completely self inflicted.

Yup I make the absolute rookie error of wearing a brand new pair of shoes to work on the day I was going to on the hoof non stop.
The gorgeous new brogues I bought in January turned out to be brutal and ripped my right foot to shreds. I was hobbling and bleeding before I even reached the office!
Many plasters later, I changed into the emergency boots that live in my desk drawer and soldiered on through the day.
I will be putting the shoe stretchers in the brogues for a good long time before I wear them again that is for sure.

Now on to the title of my post. I was on the train to meet Soo for a bit of R&R in the form of chazza shopping, cake and chat.
I had my Ipod on shuffle and 'ABC - The Look of Love' came on. I must confess up until that point I didn't even realise I had that track on my Ipod but it was clearly an omen.

For the first item I purchased was a gold jacket Martin Fry would have been proud of! 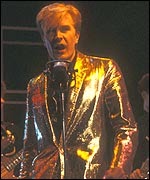 For those too young to know this is Martin Fry he is the lead singer of ABC and was famous in the 80s for his gold suit.
Here's mine 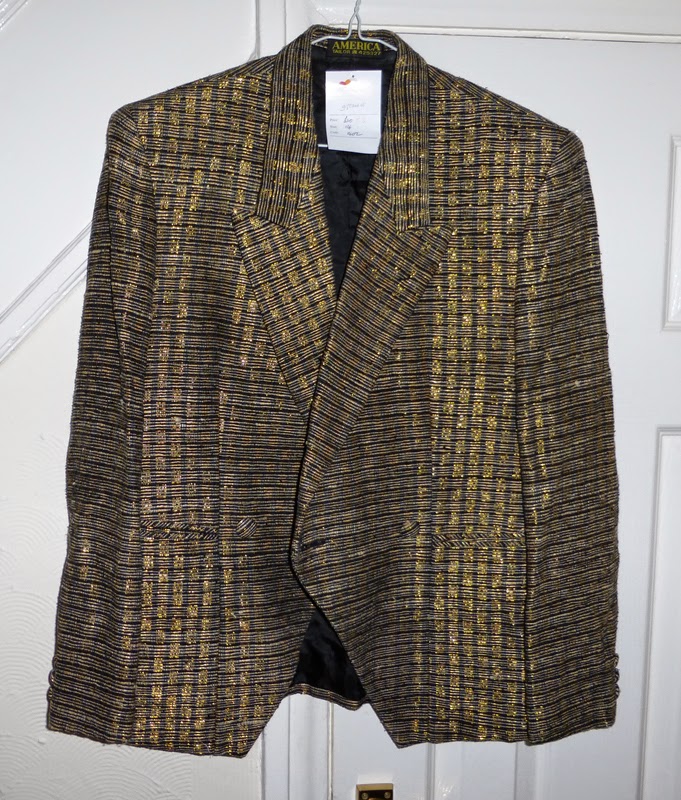 Not bad eh? Reduced to £3 too so even better. Let's hope it fits!

I also bought a pretty 1970's embroidered bag. I don't have this sort of bag in my collection so it was a happy find.
It had been reduced from £10 to £5 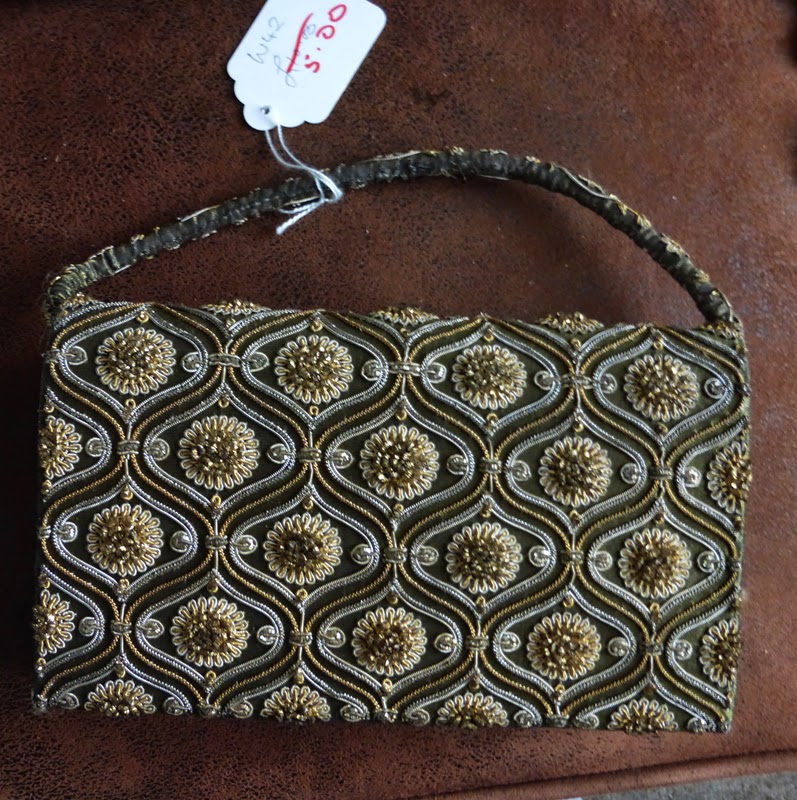 but then it turned out everything in the shop was half price so I got it for £2.50 = result.

When I was cleaning it today I found this ticket inside 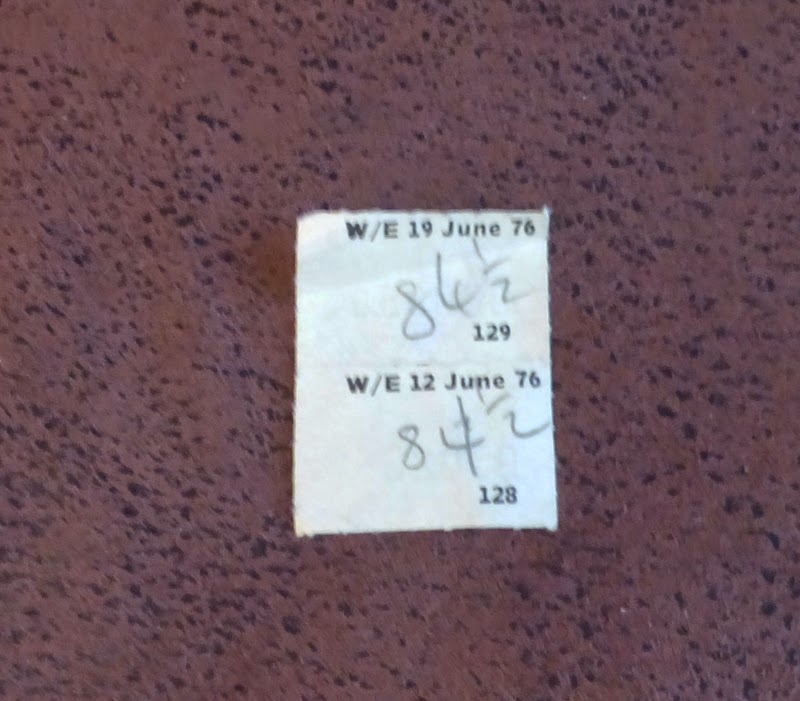 I'd love to know what it is.

On the subject of finding things in bags. I also cleaned the black bag with the lovely loud SNAP fastening and found this unusual black scarf inside one of the pockets. Sweet. 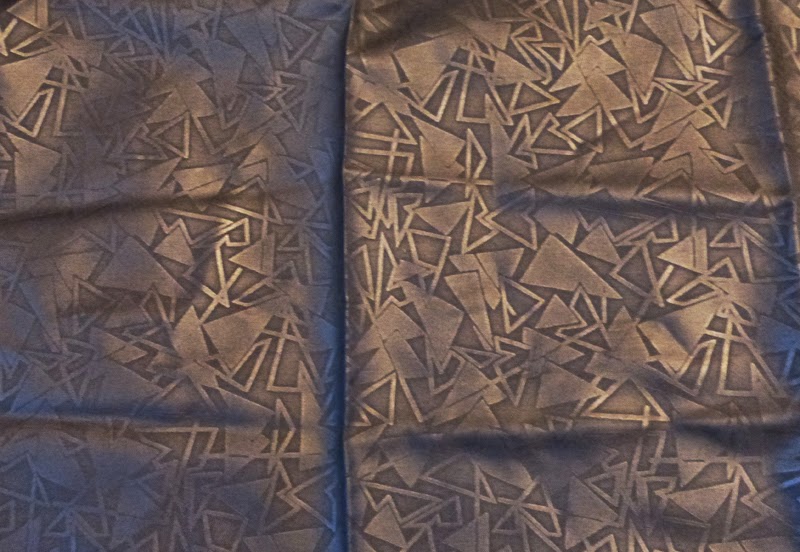 My final charity shop purchases were two brooches and a plate with hedgehogs on it that was in the everything half price shop so was a bargainous 65p. I ate my toast off it this morning. 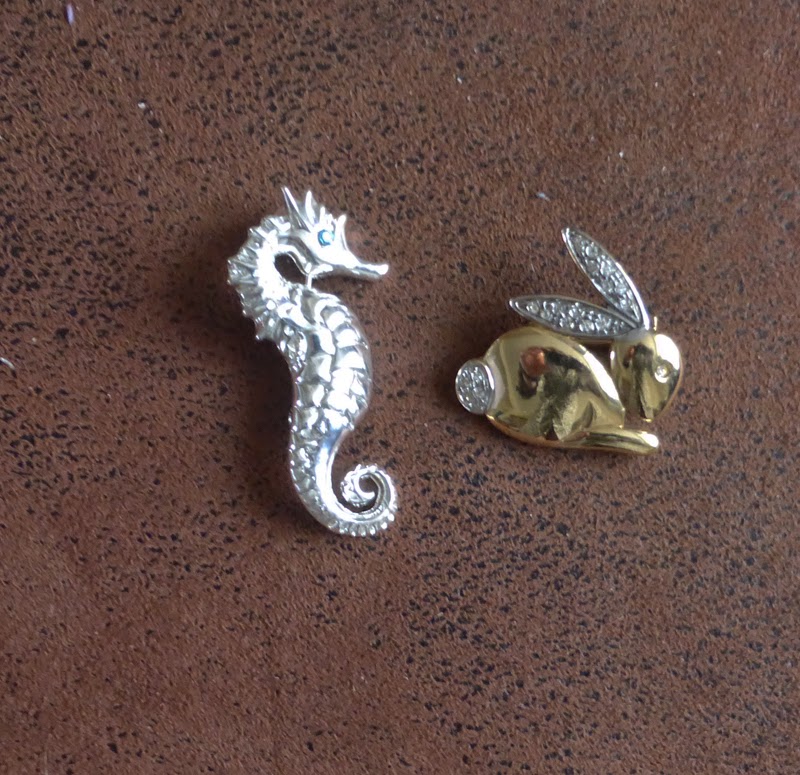 The brooches were £1.75 and £1.65 respectively. The seahorse looked just a bit familiar and sure enough 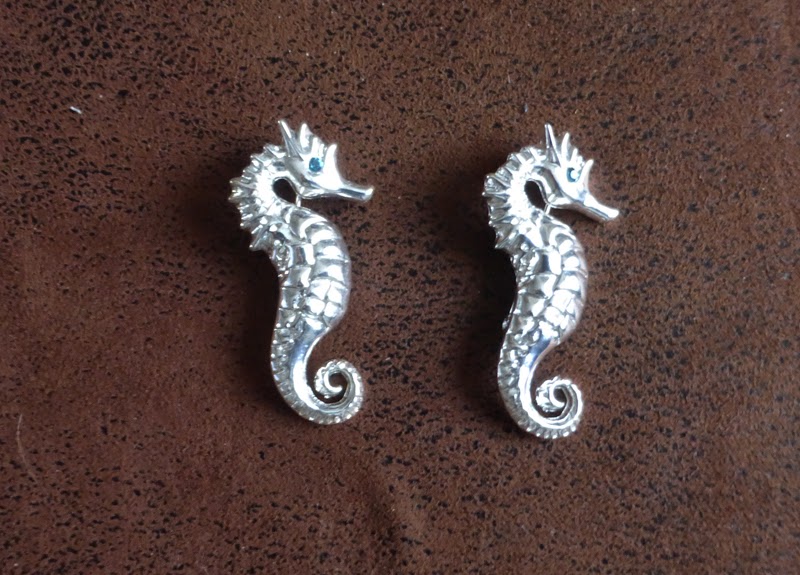 it seems I now have 2!
I bought mine with some birthday money last year from Pia ( I LOVE Pia)

I shall wear them together as a mini shoal.