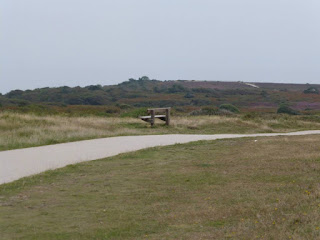 As anyone who reads my blog knows one way and another 2015 has been a tough year. I had hoped the year would just come quietly to an end, but instead it had a nasty sting in it’s tail.
Sadly Himself’s Mother died 3 weeks ago. Whilst she hadn’t exactly been in the pink of health this year, it was certainly not enough to even contemplate this, it was a completely unexpected shock.
So the last weeks have been busy with all the sad and difficult tasks you would expect. Made all the more challenging by the fact we are here in Oxford, Himself’s sister is in Torquay, his parents in Kent and not a car between us.
We are now back home, weary and sad, and in my case reflective.

To pinch a phrase from the Queen I can safely say 2015 has been an Annus Horribilis for me. Being a glass half full type of person I’m optimistic that the worst has passed, but also I am realistic enough to know there is more to be done, more to be dealt with and always my family to support.
It’s there my biggest challenge lies. To put it simplistically my place in my family has always been ‘Little Miss Sunshine’. My role is to always be the sunny, positive and encouraging one. On the whole that’s not difficult, by nature it’s the kind of person I am.
It is hard at times like this though, when I feel beaten down and all I want to do is crawl into my bed and sleep, or sit bawl my eyes out. Sometimes the supporters need some support.
But life goes on.
I’m not exactly feeling festive, and as someone who usually flings herself headfirst into Christmas, it feels horribly forced this year.
We are visiting Dad with Mum, then going home with her for as long as she wants the company, she’s finding it hard to be on her own.
We are also poised to flit down to Kent if needs be between Christmas and New Year.
So with all that it’s good to have some fun things to look forward too. We have a wedding to go to tomorrow which I’m really looking forward to being part of. I finally have my outfit picked out (as it’s a winter wedding it’s full on tartan for me!)
The Snoopy and Charlie Brown Movie is of course a must.

We have tickets for the midnight showing in our local cinema and are guests at a special screening in London followed by a party courtesy of Cineworld. I’m not sure exactly how many times he will have seen the film between the 2 events but it could well be double figures…….