July in all it's Glory.

July started with us still in semi-lockdown. Himself had announced earlier in the year it would be a good time to finally clear the conservatory of the boxes that have been in there since we moved in and make it somewhere habitable. I'm sure I've said before we have never bothered to unpack properly  because we only planned to be here for a couple of years, apparently it's now 5 years later (I still refuse to believe it's that long even though I've seen calendar proof) So fair play.

This meant coming up with a plan for all the stuff which was to go through it all, repack and store it in the garage, simple you might think but no...

The easy bit was to buy clear plastic stacking boxes with lids which would become our new storage solution. Before anything could move though, whilst out on our evening walks we had to locate, and liberate, within easy carrying distance of the house a couple more pallets for them to stand on. That took a bit of time. Himself also had to put some sort of lock onto the garage door as the current one is broken. This also turned out to be more complicated than we had hoped and involved drilling into the brickwork on each side and adding a bar that could be padlocked.Of course none of what was needed for that was easily available in a shop and had to be ordered online, then the battery of the drill wouldn't charge so Himself had to walk down to my brother's house to borrow his but eventually it was done.

That left me with the task of the actually clearing out and cleaning.

I have been through the boxes a couple of times since we have been living here, each time a fair bit went to charity or into the bin and we'd have a bit more space. It took a couple of weekends to do that again and some more stuff did head to the charity shop. The rest was cleaned/washed and repacked into the storage boxes before being garaged, all bar two boxes of Christmas bits and some other things we need regularly that is. I also washed down the wall and windows, scrubbed the floor, carried the papasan chair through from the kitchen where it had become a dumping ground rather than a chair to sit in, and moved my plants around a bit. 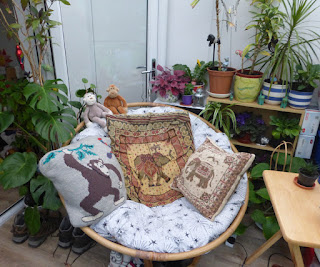 That's not even all the plants in there, you can see why Himself calls it the jungle room! The cushion with the monkey was a jumper I knitted myself in the 80's and couldn't bear to get rid of when I stopped wearing it.

I had a couple of days off work to do some heavy duty gardening which was much needed and also caught up with my train buddies* Liz, Carole and Simon for a long overdue lunch with lots of prosecco. It had been over 2 years and lots had happened in between. (*we all used to work at the library and caught the same train to work each morning.)

July was flying by and all of a sudden it was my birthday weekend!

I finished work on the Thursday and we grabbed a quick dinner before walking over to Nephew Number One's house for a drink and a catch up with him and his partner. He and I are both big spiced rum fans so I took over the bottle I bought in St Ives. 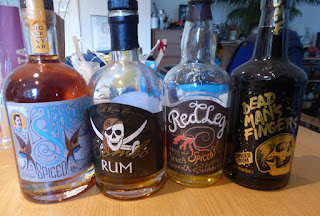 It's the second one in from the left and sadly it wasn't great so I won't be in a hurry to get any more. As you can see we did give it a thorough taste test!

On the Friday my friend Charlotte came over. It had poured with rain up to then but the Friday was glorious so we went for a lovely walk and then had lunch in Prezzo because I had a voucher for a free bottle of birthday prosecco. We sat out on their balcony and ate and ate before waddling back here and collapsing in the garden loungers. It was so lovely to catch up in person, to actually see each other face to face, so we literally talked ourselves hoarse! 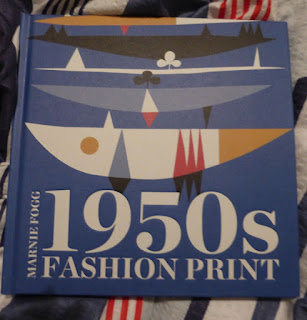 She bought be the most awesome Snoopy tea towel which I can't possibly use, and this very cool book.

Saturday was my birthday so after presents and breakfast in bed, boiled eggs and bucks fizz in case you were wondering. I wore the dress from St Ives complete with this amazing necklace from lovely Mim. 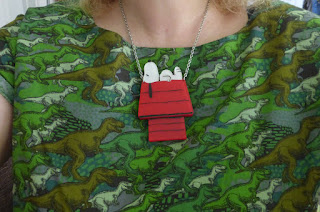 It was ridiculously hot and due to get even hotter the next week so Himself ordered a new fan and we popped into town to pick it up. Despite leaving the windows and curtains shut in hot weather this house is always like the fiery pits of hell by the evening when the weather is hot, I think it's because it's a really well insulated house and it's south facing. Our bedroom is unbearable to sleep in at night so we have a floor standing fan up there which points across the foot of the bed and aids with sleeping. Working from home has been hard though when the weather is toasty so the new fan was for the kitchen.

After we got back we just retired to the garden moving our loungers round with the sun to keep in the shade. My Mum called in with prosecco and some birthday pennies, 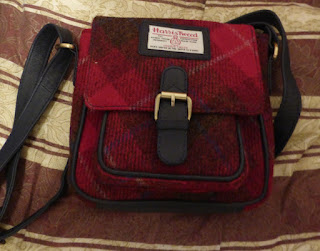 Followed by my brother and then my sister in law after she finished work (they bought me this fab bag!) so more chairs were added and more corks popped. A blissful lazy day.

I was thoroughly spoiled 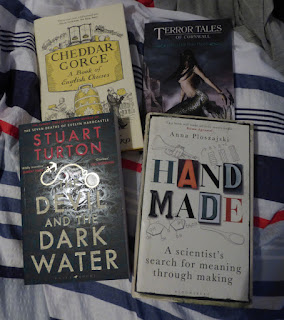 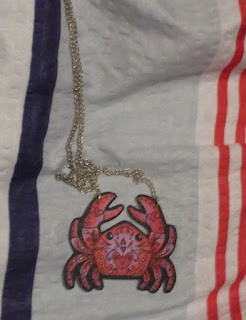 among other things with books, a sample above and this lovely necklace.

The following weekend was my Mum's birthday so we liberated Dad from his care home and headed to Prezzo again for a family dinner. This time there were 8 of us for lunch and a good time was had by all. We wheeled Dad down one side of the shopping precinct and up the other so he could have a look around, his first chance in about 18 months before delivering him back.

Sunday was Mum's birthday so we headed over to my brother's house before going to pick her up and take her out for Sunday lunch, after which we went back to Mum's for the rest of the afternoon. I was super excited to see Bobby the cat again but he was certainly NOT excited to see us! It has just been him and Mum for so many months now he was outraged at having his house invaded and sulked, though never very far from Mum. Wherever she is he is.

I'll leave you with some garden pictures. 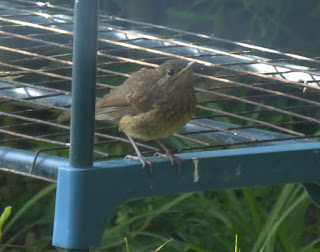 I have been loving all the baby birds, in particular this little fella who has been well trained by his red breasted parents and follows me everywhere when I am out in the certain knowledge he will get treats! 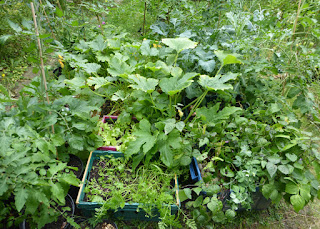 The veggie containers have been going great guns, we have had so many courgettes! Also beans, carrots and radishes. I really must stop growing tomatoes though, they always get blight so I currently have bowls of green tomatoes all over the kitchen which may or may not ripen inside. 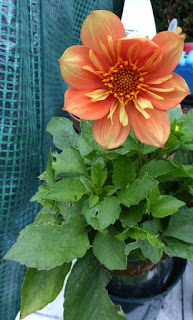 I also tried growing dalihas from seed along with Monty from Gardener's World and despite the best efforts of the slugs who chomped them to the point of extinction I finally had my first flower. 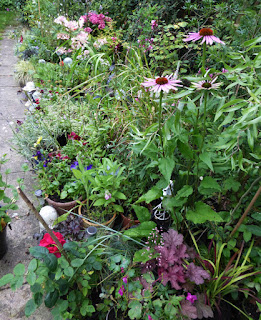 I tidying and re-potted most of my pots and tubs and they have paid me back with a wonderful show. I do keep finding new things to buy, the last time we moved one whole van load was my plants I think it would be more than that now! 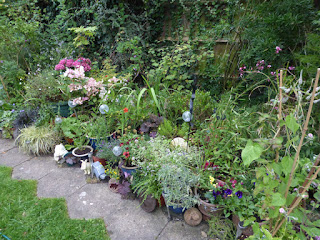