Well I've broken my blog at least once a week rule again. Mostly cos there was not a lot going on.
I haven't been out and about, the only shopping I have done has been birthday presents and it's all been kicking off at work so I have mostly been keeping my head down until home time.

The weather has been glorious, but for me it's just too darn hot.
I'm afraid my pale anglo-saxon personage does not do well in heat. Consequently I scoot into town very early to do what I need to do and then spent the rest of the day inside until about 6pm when I ventured out into the garden.

The plus side of this scorching weather is washing dries in the blink of an eye so I did a shedload of laundry last weekend, you know all those things like the bathroom mats that usually take an age to dry.
Being stuck in the house has also meant I have done a ton of the little jobs that sit around forever and a day waiting for me to have the time or inclination so it's been some good, and of course I was glued to the TV on Sunday watching Andy Murray win at Wimbledon.

This time next week I will be in the air winging my way to Chicago. Due to it all kicking of at work  this week it initially looked like the trip was cancelled, then it looked like I was going to have to go alone, (which I will admit was more than a tad daunting) but now it's all back on and Paull and I are off to make our mark in a rather splendid hotel which has a Tip Tap Top Ballroom apparently!

Mind I was not happy to be sent pre-conference homework!?! WTF? I did it with very bad grace.

Also some of the workshops are 'role play'. Stuff that, I'm British I don't do role play, far too awkward and repressed.
I am hoping I can skip some of it and actually get a little bit of time to see the city, it seems SO crazy to go all that way to spend the whole damn time in a hotel pretending to be a lost sheep in a field or whatever metaphor they choose for us to act out. Can you tell I have no faith in role play?

On to the pictures that make up the title of my post. 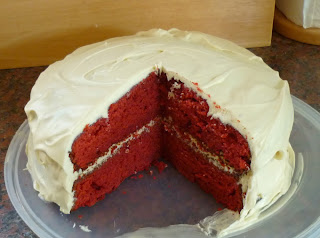 I tried my hand at a Canadian ketchup cake. I do love me a bit of Heinz and this is surprisingly nice as it goes. 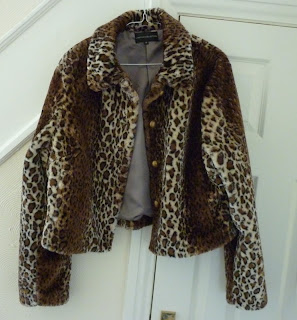 My parents popped in unexpectedly and brought me this rather lovely fake fur. Mama had been at a clothing swap shop in the village, basically you could bring in 5 items and take away 5 items. This was one of her 5 because it screamed both her daughter's names at her apparently.
As big sis is not here to get her mitts upon it I had no qualms about grabbing it first, besides as I pointed out to Mother in justification, I liked leopard print long before Gabs did so I win. 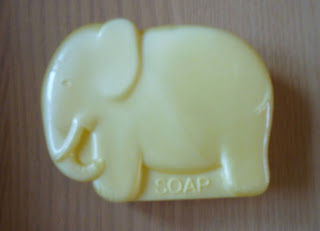 A vintage soap dish spotted in one of my random browsings on Ebay and purchased for the princely sum of 99p. 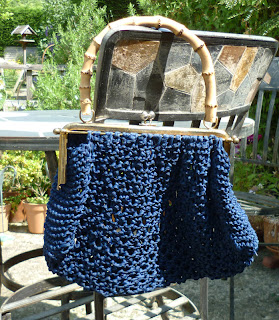 A vintage handbag also spotted during a brows on Ebay and also 99p (plus postage). It absolutely stank when it arrived.Goodness only knows where it had been stored up until now, bleurgh!

It's been washed twice and has been airing outside for a week and is now only slightly pungent. 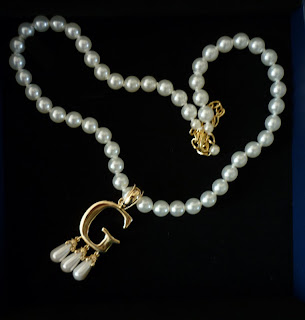 An early birthday present from The Museum Collection sale. 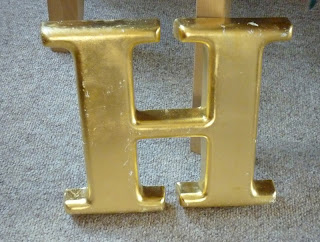 A huge golden H liberated from outside the pub by the station (The Prince of Wales) which was having a refit. I wanted to go back and see if I could get more letters but Himself wouldn't let me, it was a risky enough business snaffling the H and it was on the top of the pile!
What I really wanted to get was the T, E and A, I thought I could put them somewhere in the garden.

I did also point out that if I were able to liberate the lot I could spell out ELEPHANT, but no, it wasn't to be. So I'm left with a solitary H.

I hope you all have a great weekend, my plans are to stay in until later when I am off to see Monsters University!