Fun in the Sun.

We are back from our jaunt to Bournemouth and I am feeling very relaxed, I suspect after one day back in the office that will all change but in the meantime I will remain sanguine.
As a mentioned in my last post the weather was meant to be terrible but what the hell, I was determined to enjoy my holiday no matter what, and as it turns out the weather was glorious, so up yours weather people.

We checked in to the hotel and how about this for a sea view. 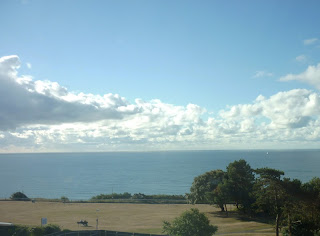 I could feel my cares melting away by the minute.

We unpacked and as you can see it would seem we were both going for the checked shirt holiday look! 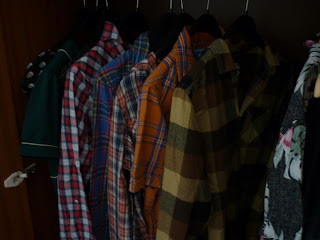 We headed straight for the beach where Himself swam and I didn't because I forgot my swimsuit. As it turns out I managed to forget a multitude of things which was really annoying, especially when you bear in mind all the time I had had to pack *sigh*.
I had to go into town and buy stuff like shampoo but with views like this I soon stopped being cross. 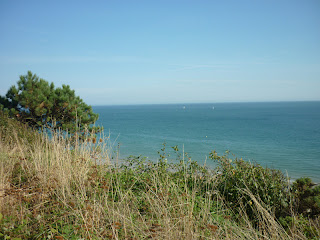 We ate out and then mooched along the promenade as darkness fell. 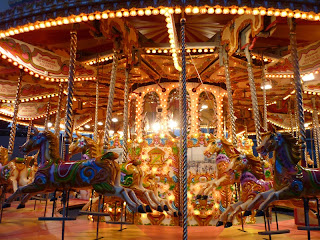 Sadly the carousel was all lit up but not working, boo.

Next day we had planned to go to Brownsea Island. As it was meant to pour with rain we were prepared with waterproofs, hiking boots, the works. It had rained overnight but as it turns out the day was glorious. 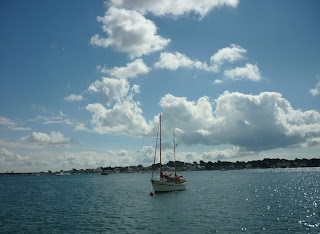 As sunblock was another thing I had forgotten we both ended up with random burnt bits but that's what holidays are about right?

Brownsea Island was just gorgeous. There were other people about but it was so quiet and so beautiful.
The history of the island was fascinating in particular the one mad old biddy who bought it, threw all the people who lived there off the island, released all the domestic and farm animals and did nothing other than patrol with a shotgun taking pot shots at any visitors, so the place could go 'back to nature'.
Of course this was a complete disaster and the National Trust had a hell of a job when they took the place on to get the forests back under control and the buildings back up to scratch.
Some like this Victorian villa were beyond salvation and they had to be left as was to gently collapse. 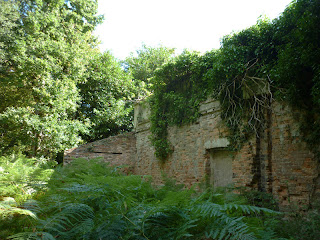 The one other reminder was that there were peacocks and chickens roaming the woods which was a bit random.

What was most incredible to me was all the different types of landscape to be seen on one small island. Forest, heath, cliffs, beach, it had it all. 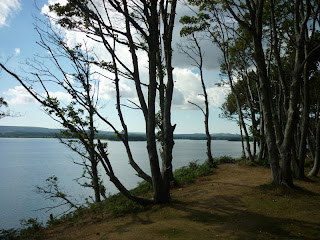 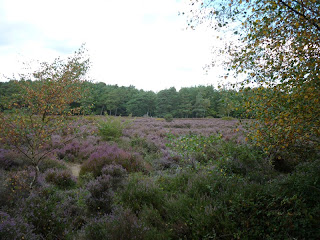 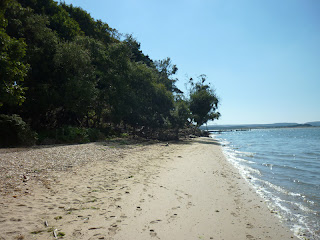 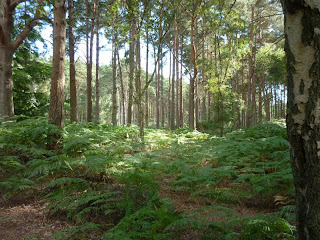 We had a great day out and it was made even better by chips on the seafront a pint or two. 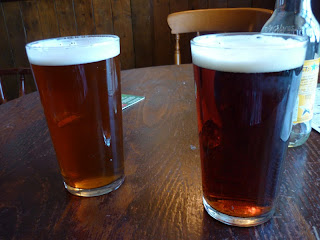 Next day dawned sunny and clear again. We went into town for a couple of hours before I left Himself to his own devices and went for a day out with my friend Alison.

We decided to check out Westbourne and mooched about until it was time for lunch in the extremely pretty Dot Teas Vintage Tea Boutique. We called into Number 83 a fab little shop where I bought my only purchases. 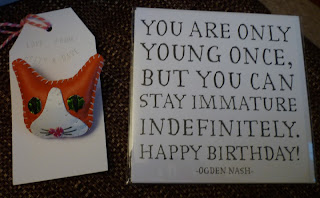 A brooch and a card. I also just had to take a picture of the shop window. How ace is the slug draft excluder? 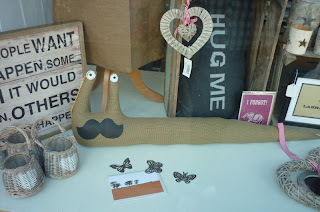 Time was up at the car park so we headed to Branksome just in time for afternoon tea at Lulubelle's and then a brisk walk on the seafront to burn off the cake!
A great catch up all together.

As ever we had a wonderful time, here's to next year.
Posted by Miss Magpie at 14:08