Flowers, Frocks and Gardening for the Soul.

Thank you for your kind comments on my last post, life really is a funny old thing, and I'm getting there.
I'm definitely feeling more like my usual cheery self, when I'm not cursing the air to deep blue at my dear sister that is!
I feel like traveling down to Ramsgate just to kick her arse all the way to Oxford and then back again. I won't bore you with the details but ARRRRRGH.
Families eh?

I had a week booked off work, a Thursday to Wednesday weird way of booking time off. I seem to recall when I booked it we were meant to be going away somewhere but that got nixed, so I thought bugger it I shall have the time off anyway and so far it has done me the world of good.
I thought I would spend the time pottering round at home but I have ended up with so much planned I am hardly going to be at home! Get me.

Yesterday my brother came over for a catch up. Nephew Number One has started his first job in a pub round the corner from us. I am thrilled he has finally found some work but I suspect bar work is not going to be his forte. If nothing else he is still learning the art of thinking before he speaks and has a terrible habit of blurting out stuff at the top of his very loud voice.....not sure how he will cope with doing a large round of drinks either as he also shares the 2 second memory span that afflicts many members of my family!
Anyway despite that he's taken his first steps on the rocky road of employment and I salute him.

Thursday my parents came over and we went to a garden centre for the day. I was after some pansies for my tubs, they only had 2 trays of violas left in the whole place! bah.
Thankfully they were quite pretty so I grabbed a tray, even if I did have a slight heart attack at the price. In fact everything was damn expensive, more so than I expected.
Mum and I had reluctantly decided to share the 'buy one get one free' offer on the £8 trays of petunias when we spotted the reduced section, there was no looking back. To give the place it's due, they might be fricking expensive but they know how to reduce!
We filled a whole trolley.
Between us we spent £41. On the way home I sat in the back of the car and did the 'How much would I have spent if I had bought these full price?' game How does £120 grab you? No me either. 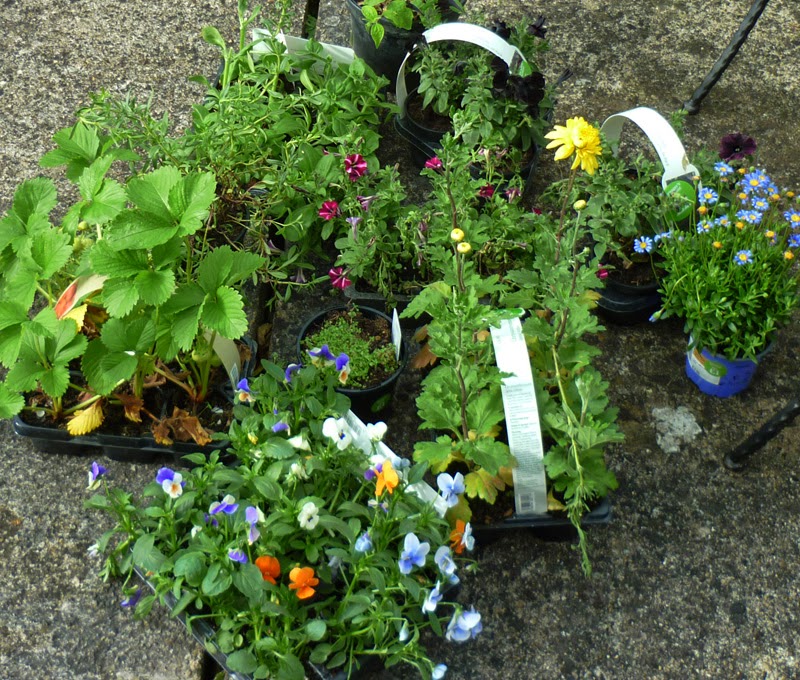 This is my haul, the viola's were the only thing I bought full price. I had been admiring some black petunias, but at £6 for a single plant I believe 'fuck that' were my exact words. I managed to get 3 for £2 in the sale area, now that is what I call a result. 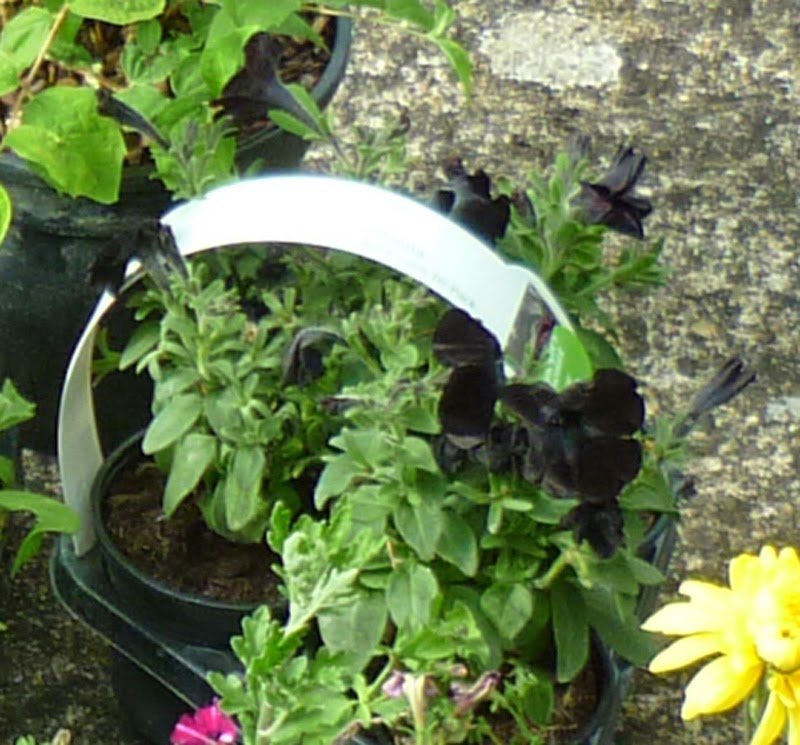 I gave them all a damn good soaking ready to plant the next day.

Friday I nipped into town before hitting the garden. As I was taking a bag down for charity I did a quick flit round the chazzas as you do. I came, I saw, I shopped. 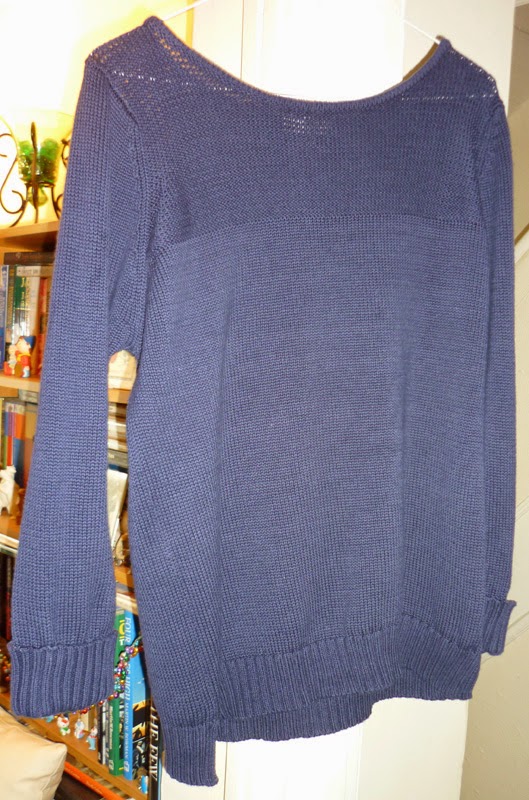 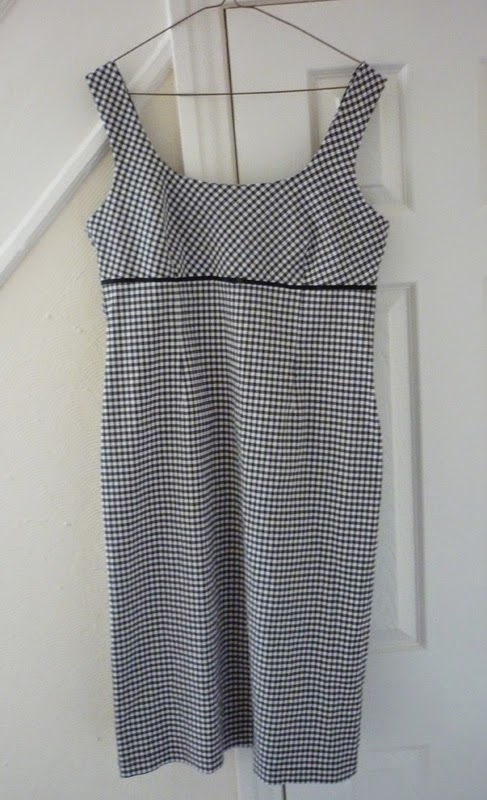 Gingham dress, new with tags £3.99 everything in Oxfam was on sale! 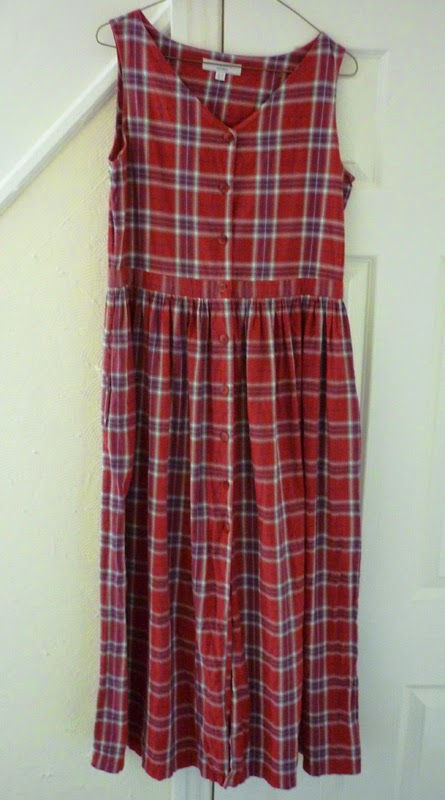 1990's sundress £3.99 I'm not a fan of this style of dress, gathered skirts really do nothing for me, but I was drawn to this dress the moment I stepped in the door and kept going back to it, so I though bugger it, for £3.99 I'll take a punt.
If it looks as bad on as I suspect it will I'll chop it up into something else! 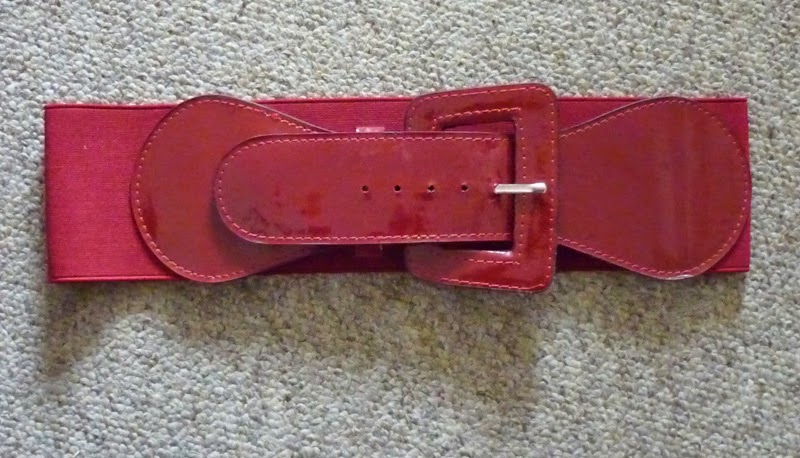 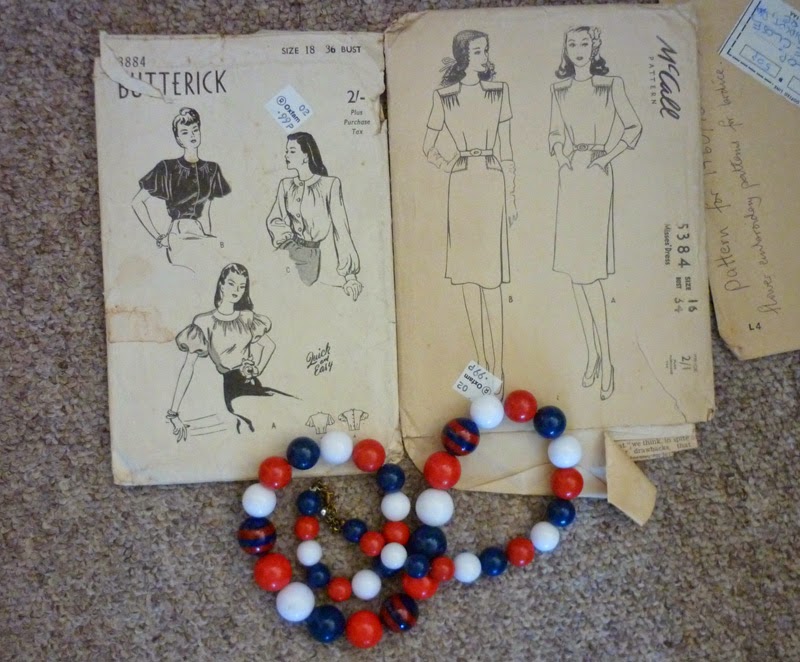 Old patterns that won't go near me , but were too pretty to leave and some nautical beads I shall restring at some point 99p each.
It never ceases to amuse me that a size 16 back then had a size 34 bust and a 27 inch waist and was obese by their standards! 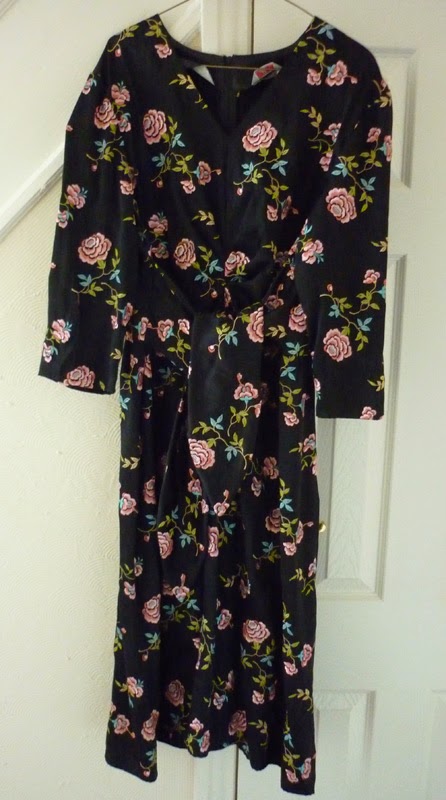 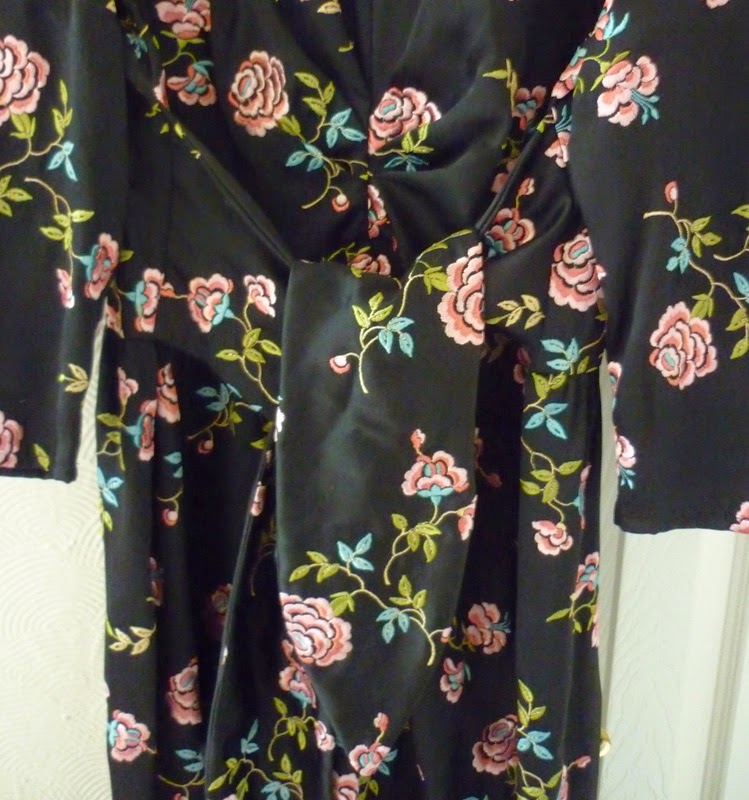 Gorgeous handmade vintage evening frock £6. I loved the unusual tie front detail, the shoulder pads were roaming free so at some point I need to decide whether to reattach them or leave them out. 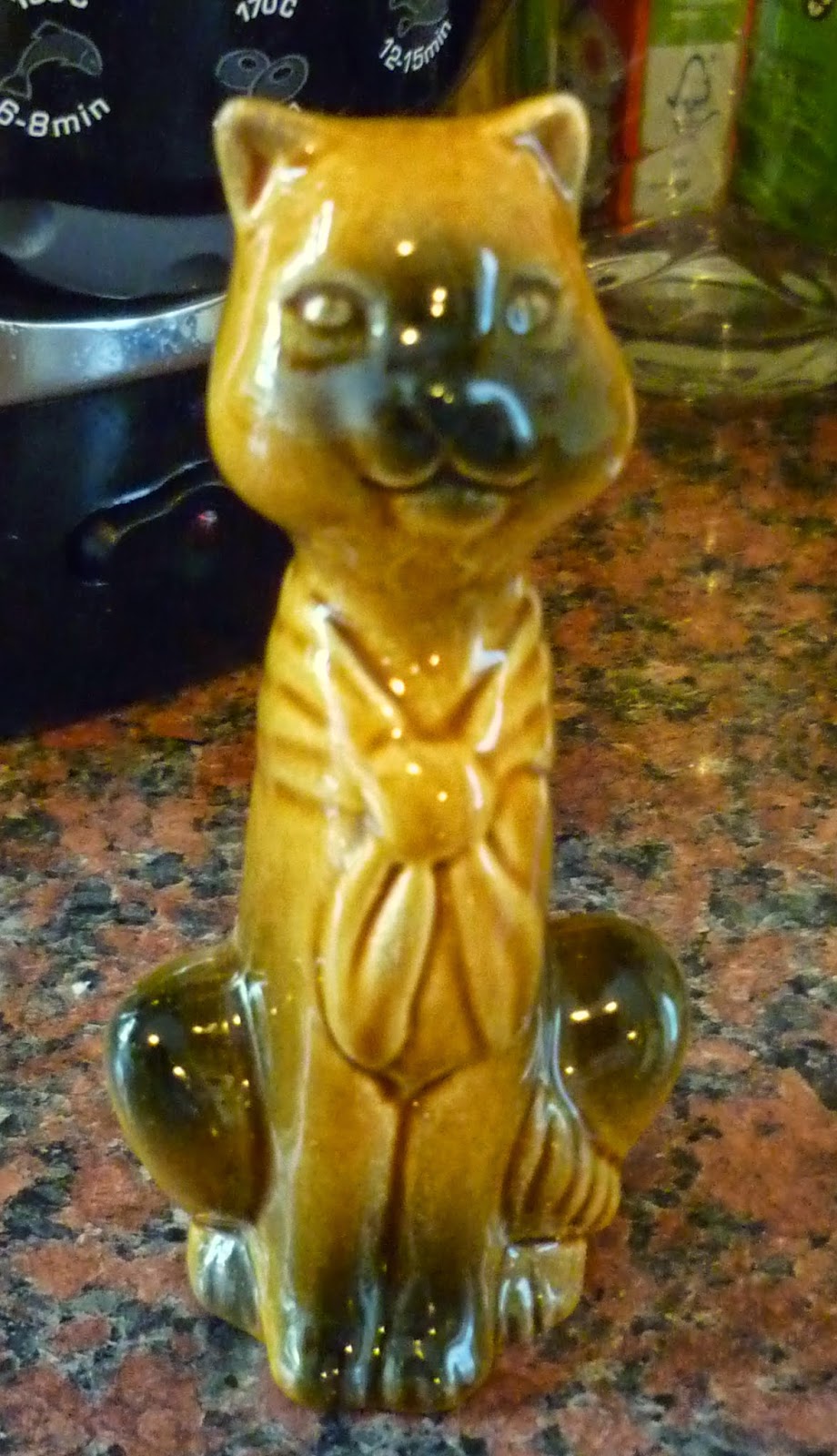 Tiny china cat 20p. Himself came home and said "you've bought another sinister cat" would you say he is sinister? I thought he was quite smiley but maybe in a dead eyed 'you will never find where I buried the bodies' way now I look closer...... 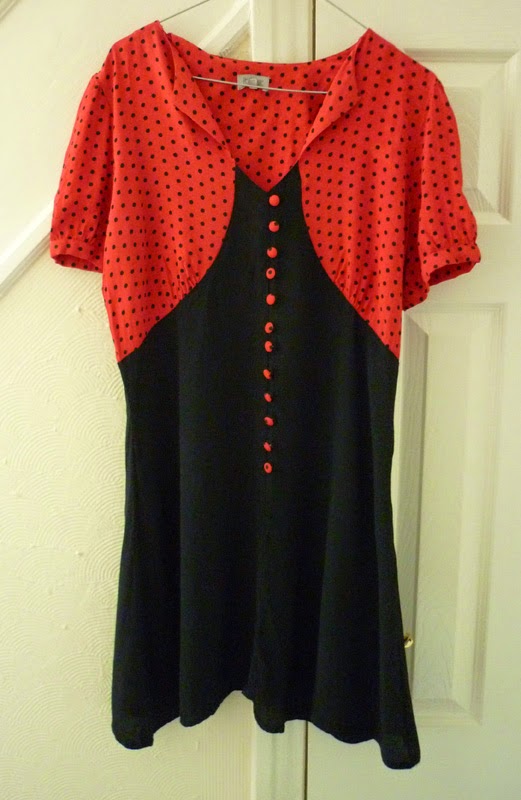 Finally a Pearl Lowe dress!!!!! £8 I'm very happy to find this to add to my growing collection. All in all a good haul.

I got home, loaded the washing machine and ate a virtuous lunch of fresh fruit with yoghurt.

I have been piling on the pounds again lately. *sigh* I just can't beat my comfort eating habit. I get stressed, or tired or low and I comfort eat. I am taking myself in hand but as ever it's a battle, I just love food and hate exercise, it's as simple as that.

Mind you, you know it's got bad when your other half sees the bowl next to you and just assumes you have had ice cream for your lunch!

Anyway after that I went out into the garden for a few hours. I swear being out there with my plants mends my very being. I worked away unaware of the time until Himself started making I'm hungry woman, feed me types of banging plates and pans around in the kitchen noise and I realised it was gone 7.
After dinner we got the loungers out and sat with a glass of wine and chilled = bliss. 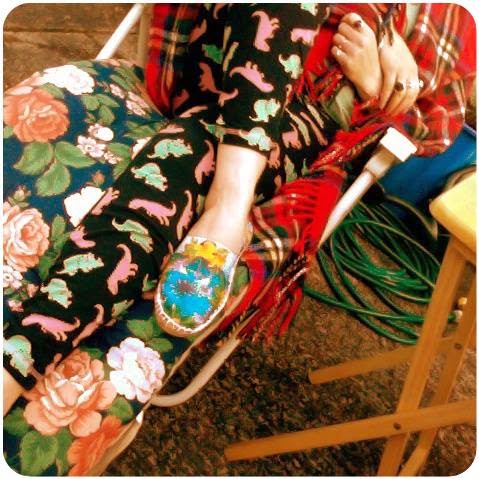 Who cares about pattern clash when you are in your own back garden? not me clearly. 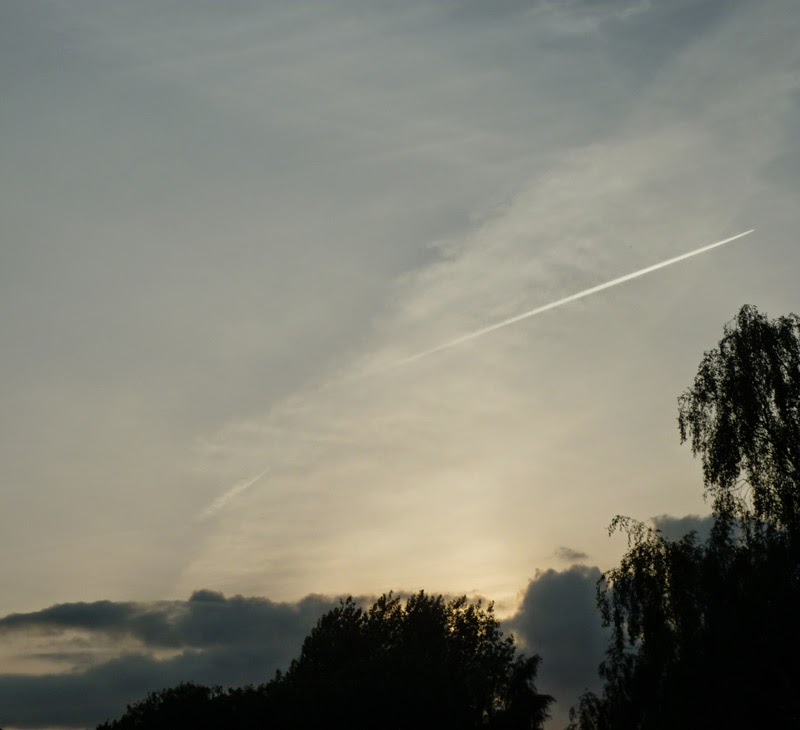 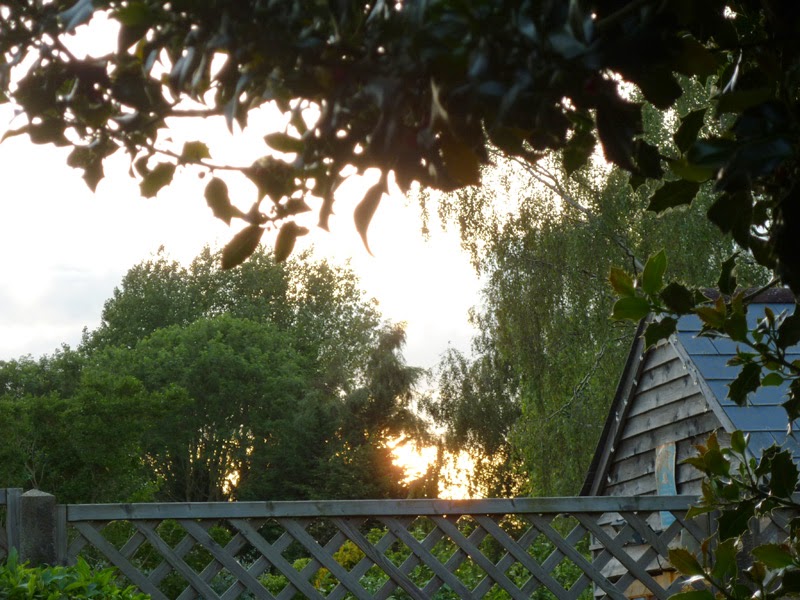 What a lovely evening.