I need to write this post because otherwise another week will go by with me having no inspiration/inclination and I fear I may just stop all together.

It's been a fairly emotional couple of weeks, that thing again of people around me getting kicked in the guts by life and the funeral of a friend.
He died after a fall down some stairs which is just... ugh I don't have words, I have to say it has affected me more than I expected.
It's weird because it was a truly beautiful funeral, full of joy and laughter as well as tears, but as a few of us said afterwards it just seems to have really got to us all.
Murray was one of the nicest, kindest, most intelligent people I have ever had the joy to know. We met working at the library and became good friends after we made it past the terrible shyness that blighted us both.

The church was so full we had to stand in the aisle and they couldn't shut the doors, there's a sign of what a lovely man he was and how much people thought of him, I can't imagine I'd have half so many if I karked it tomorrow!

It was also like a snapshot of my 23 years at the library, stretching from my first ever boss, to various colleagues from over the years. It was good to catch up and we had a bloody good laugh about some of the things we used to get up too. Good times, good times.

I think the thing that really tickled me was that the remit was no black, please wear bright colours. This was followed by a flood of emails and Facebook messages from panicky people wondering what on earth to wear??

The best bit was every single one of them was a man!!

It seems your average bloke has a black suit that does for weddings, funerals, court appearances etc and they are completely thrown when expected to wear something that's smart but not black.
Himself was no exception, being an old metal/goth fan, a couple of pairs of blue jeans are about as light as he gets, when it comes to trousers it's black all the way!

Murray's brother said something that made me think, "I'm the man who knew him the longest, but I somehow feel I'm the one who knew him the least". As I said to him this is no strange thing, I mean if you don't share the same interests as your sibling, you don't take the time to get to know the ins and outs of their passions, or even the friends they share those passions with.
I know that is certainly the case with my family.

Casing point, my parents came over at the weekend and my Mum was looking at a couple of my vintage handbags (admittedly there were about 4 of them on the floor downstairs for one reason or another!)
After saying "your Nan used to have one like that" She sighed and said "Why do you keep buying them? You can't use them all, it's a waste of money." Thus it has always been with my Mum, and my brother come to that, both of whom like clutter free clear surfaces and cannot understand my passion for collecting and my love of 'stuff'.
Mum was always throwing out my stuff when I was younger which of course made me hold on to things even more. We had endless rows when I got older and she 'cleared out' my room.
Now all she can do is tut and sigh when she comes to my house, ha!

Anyways other than getting rather melancholy I have been pottering in my garden when the weather let me. Look at my lovely oriental poppies 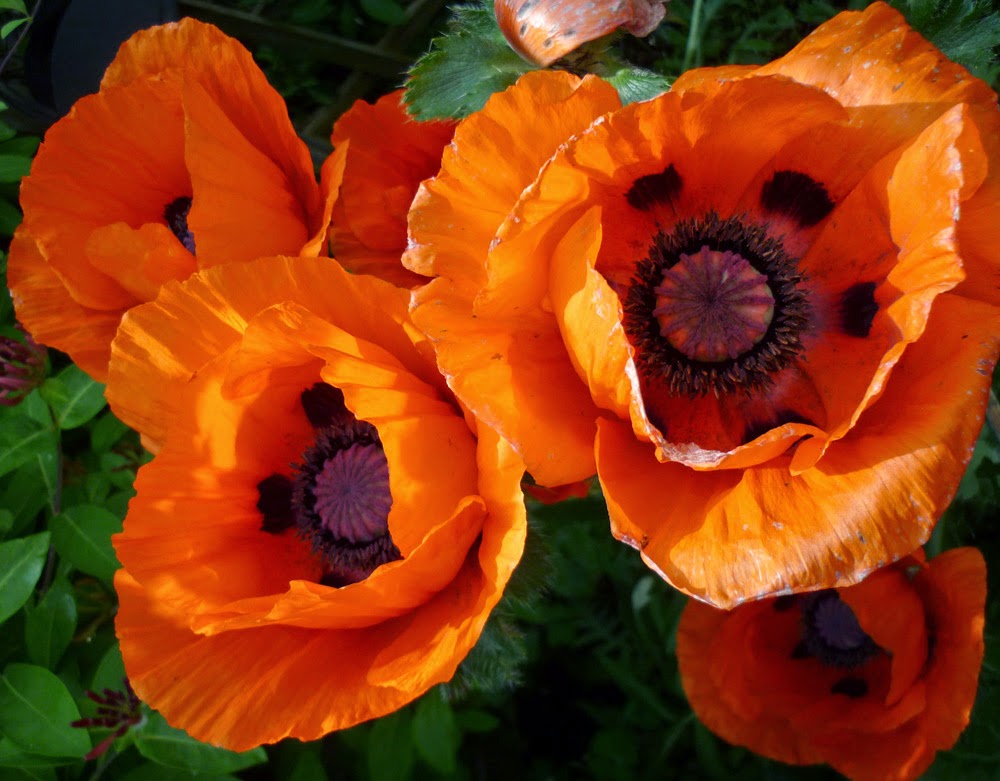 We also went to see a screening of the Broadway production of Driving Miss Daisy starring Angela Lansbury and James Earl Jones at The Phoenix Cinema in Jericho, Oxford.
We went for a drink in Jude the Obscure before and after, and I was thrilled to see how beautifully it has been refurbished.

I also bought some new buttons for that cotton dress I got in Bournemouth. I decided to go for something quirky and I'm pleased with how they worked out. 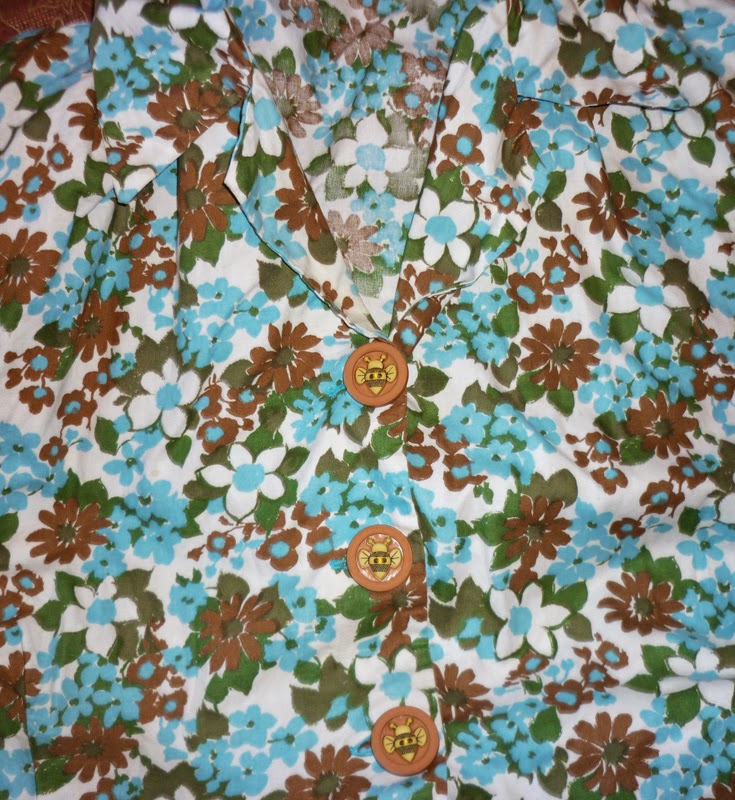