As reported in my previous post, on Saturday last week Soo and I headed to Reading to Christmas shop til we drop.....

and boy did we!

Now anyone who knows me, or even just pops by this blog once in a while will know I LOVE shopping, but even the most hardened shopaholic out there can be reduced to tears by shopping at this time of year.
I'm no exception, by the time we got to Wetherspoons at just before 3pm I was pretty much incoherent.
A large glass of wine and a nice sit down brought me back to myself but neither of us, not even me, could face any more shops so after a bite to eat we headed home.
I'm delighted to report we did manage to battle the hoards and shop up a storm. It was such a relief to know I had pretty much broken the back of the present buying.

I was only the tiniest bit naughty. 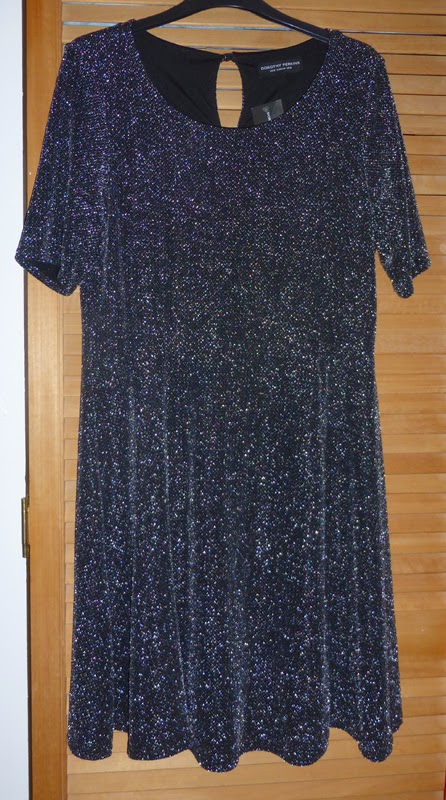 I couldn't resist this sparkly skater dress, which for some reason looks horribly huge and shapeless here. It's really rather lovely I assure you and perfect for Christmas day.

Mind you if I carry on at the rate I'm going I'll be in need of the next size up, I've been out for dinner twice this week alone. I was trying to be good, but when everyone else is having a pudding it's rude not too.

Now the sharp eyed among you will have spotted that it says 'frocks' and not 'frock' in the title. Yes I may have bought more than one this week. 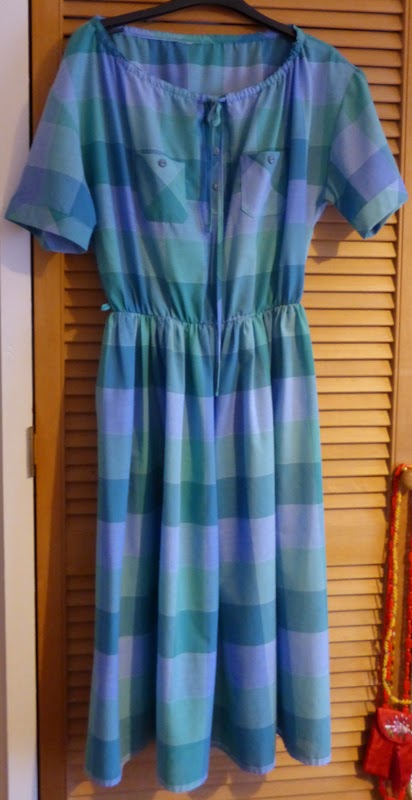 and this one was also an Ebay bargain purchase. 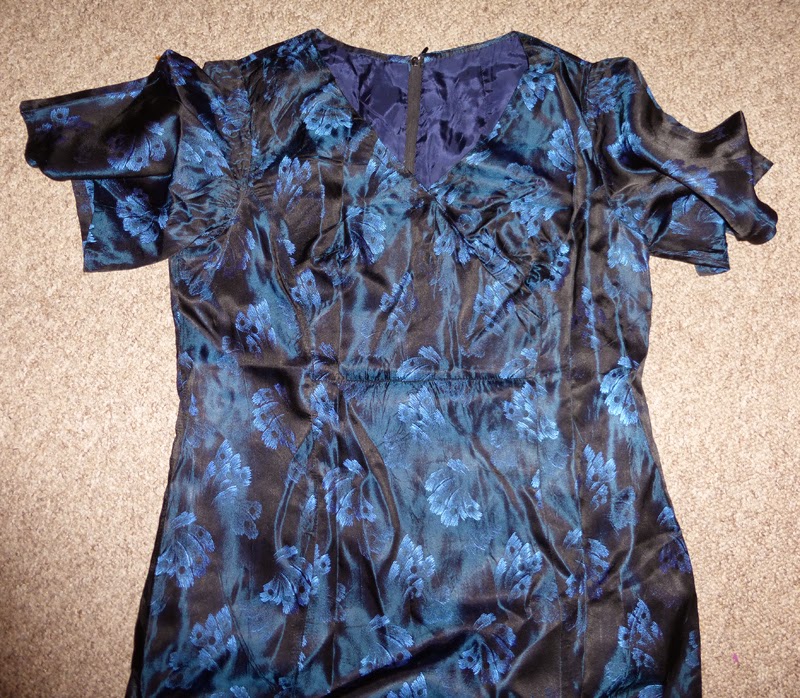 As you can see it needs a wash and a damn good iron, so a better picture will follow, once it's freshly washed and pressed. I'm not sure on the era, 1960's I think.

I know I really do need to stop with the dress buying.

This week was also the street fair for the lighting of the Christmas lights in town. I always make Himself walk home through the fair which he hates however as I once won a little knitted elephant on the tombola I hold it in more affection.
It wasn't as busy as in previous years which was a bonus, but the best bit? 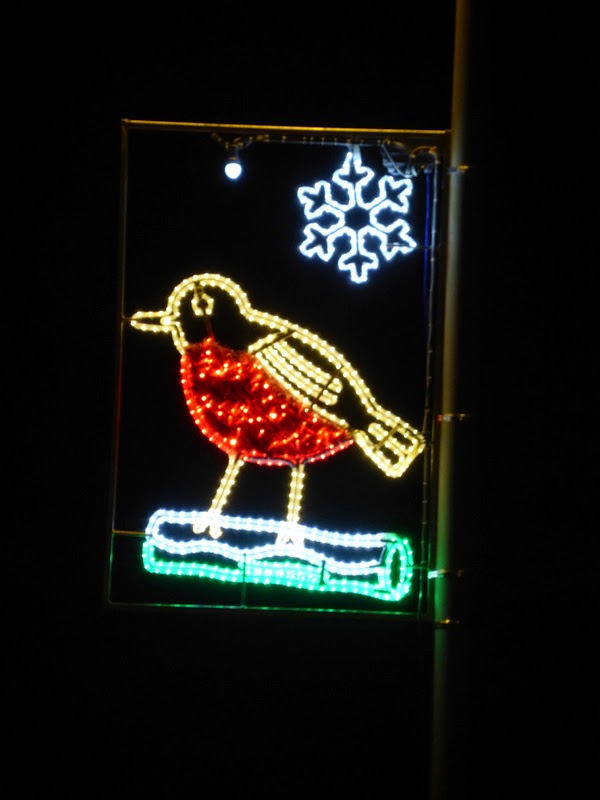 The robin light was back!!!!! HUZZAH.

I cannot tell you how happy this makes me. I love this light more than I can say, it has always hung in the same place which is pretty much at the end of our road.

Then tragedy struck a couple of years ago, horror of horrors it was gone!
To add insult to injury it was replaced by a hideous pink bear (and we all know how I feel about pink.)
As luck would have it the pink bear went missing about a week after it was put up last year, which even I will admit was a bit weird (and no it wasn't me)
So I did wonder what would replace it this year.Imagine my joy when the robin was back!

I know, I know I'm tragic, what can I say other than it's nice to have something that makes me smile on my commute to and fro the station.

Last night we went to see Paddington. I was quite excited about that too. 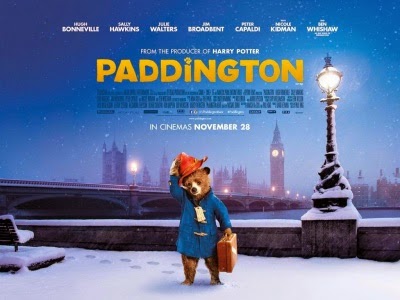 Rightly so as it turns out. It's brilliant, very funny and I loved it.

Obviously you can't watch anything to do with Paddington without marmalade featuring heavily. Now I am a fan of the marmalade but I hate the peel in it which I admit kind of defeats the object. If nothing else your toast is stone cold by the time you pick all the bits out!

There I was mindlessly shuffling around Tesco the other week when I discovered something called orange jam.
Bloody marvelous stuff, all the fun of marmalade but without the horror of the peel, I approve. 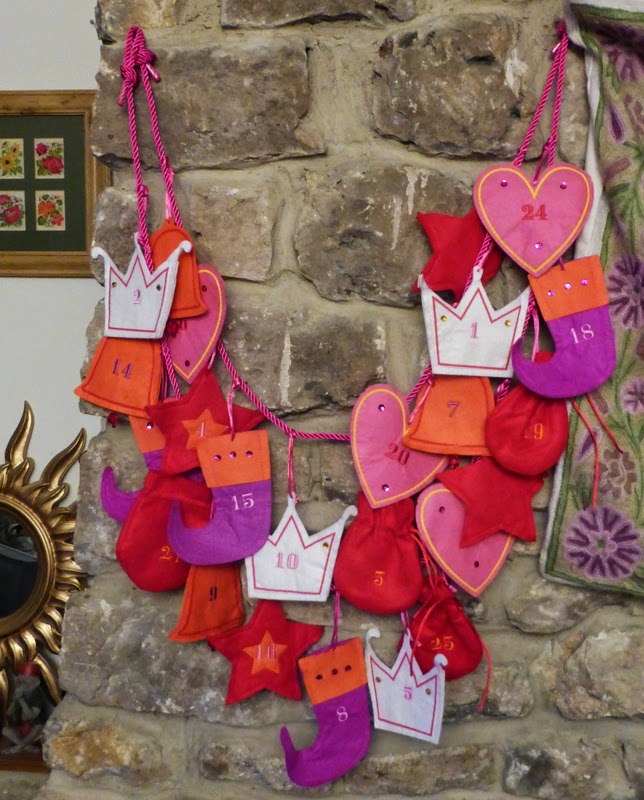 £3.95 and all ready for some chocolaty treats.