A Tree, a Dress and Some Cats.

It's been a week of randomness so apologies in advance for a meandery post. I hope you all had a good Easter? I most certainly did and somehow ended up with a respectable haul of chocolate even though I specifically told everyone not to buy me any!

We went to my parents for lunch in Easter Monday but not before I had to belt down into town as soon as the shops open to replace a picture frame I had bought on the Saturday. It was a large clip-it frame for a poster I've been meaning to do something with for ages, Himself had kindly volunteered to come down and carry it home for me so I took advantage of him and bought some other bits as well (hehe).
The frame arrived home in one piece but when I went to lift it to unpack it the glass just exploded!?! I can only assume it must have had a fault in it, it certainly broke in spectacular fashion, as you can imagine I was NOT a happy bunny.

As ever Mother fed us to within an inch of our lives, the meal included her famous black forest trifle *happy sigh*
We got home in time to catch the first episode of Jamaica Inn. I was looking forward to seeing it as I am a fan of Daphne Du Maurier but sadly the show did not do the book justice, what a shame.

Now my Mama has been busy crafting sock cats with her ladies for their latest Age U.K table sale, she already has a positive herd of them, I should have taken a picture, they look so cute all together but I didn't.
Instead I will share with you the two I now own, one was from a pair of my stripy socks and the other from a pair of American flag ones that I bought when I went into town and got Mum a whole batch of different patterned socks for her cats. 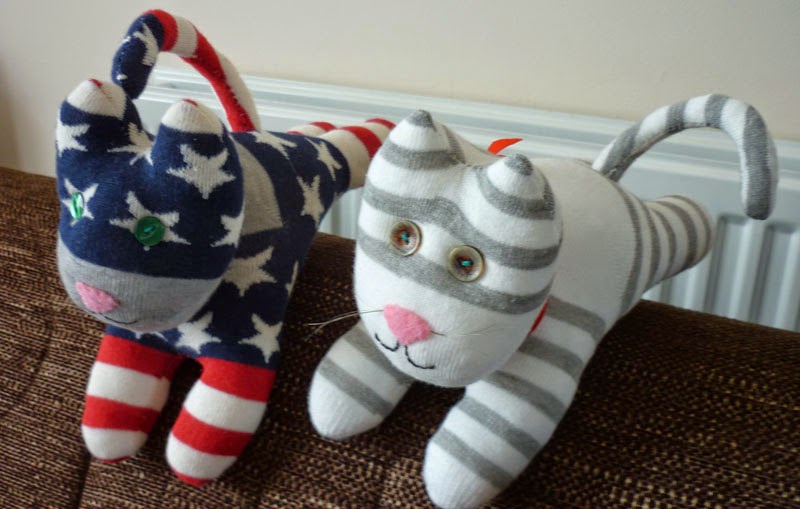 She had an order last week from one of her ladies for a purple cat so I called in at Peacocks to buy her a pack of pink and purple socks I had seen there. This of course meant I ended up buying something for myself!
They have had some cute tea dresses in there and I ended up getting this pale green one reduced as the neck was damaged, nothing that I couldn't fix, it's in the wash right now so I pinched this picture of the tinternet 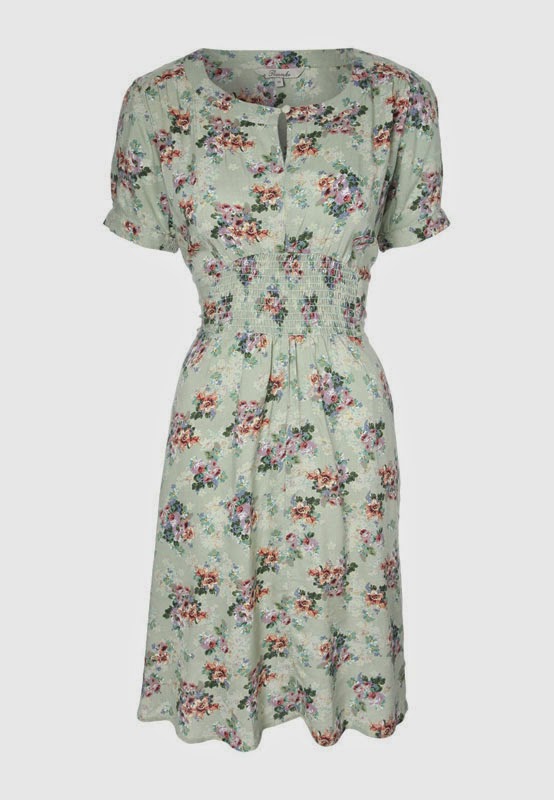 I was also on the hunt for something to re-pot my contorted willow tree into. I resent the fact that a garden centre will charge £50 or more for a large plastic pot when you can get a big toy box or similar on the high street for a fraction of the cost, which is exactly what I did. 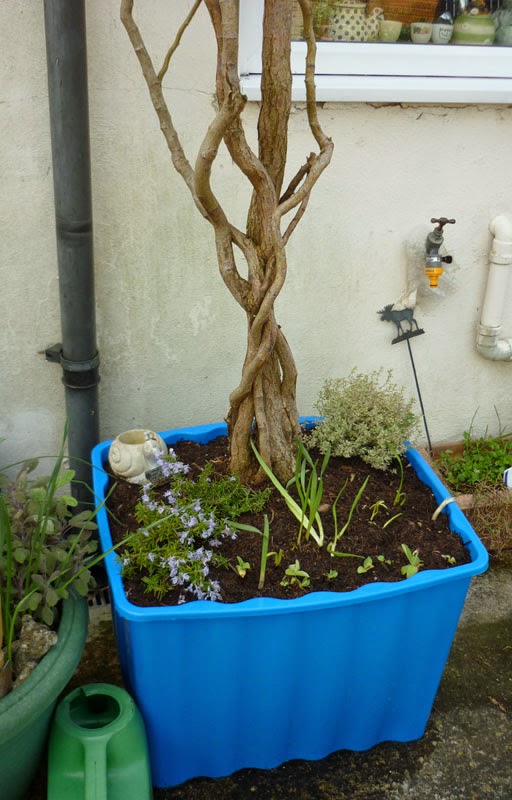 This big blue box cost me £6.99 from Poundland, Himself drilled some drainage holes in the bottom, I put in a layer of crocks and a bag and a half of compost and the job was done.

We also got some edging to go round the strawberries to make it easier to put a net over them when the fruit comes. Himself did a splendid job building what he called a strawberry fort. Unfortunately the local cats thought what he had actually built was a marvelous big outdoor litter tray!
Yuck, yuck, yuck.
I have laid sticks across in the hope this will deter them until I can get the net over it. 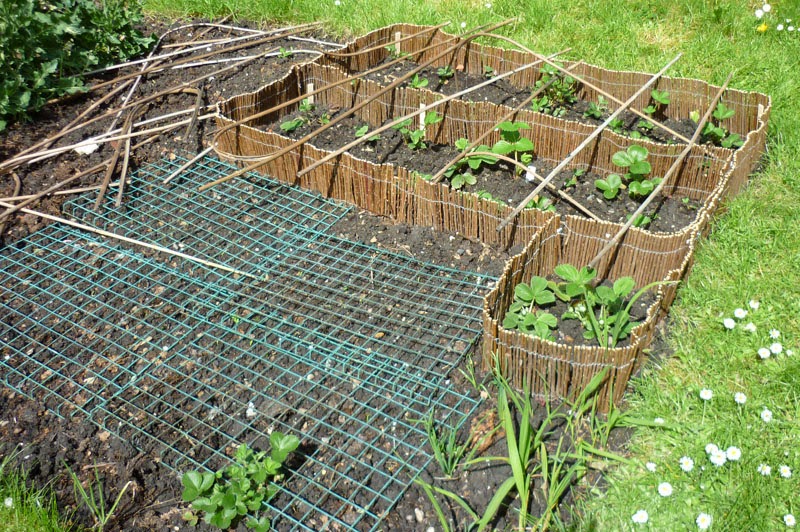 I have made another couple of purchases this week. I was seduced by a new mascara in Boots. I have had a long, long quest now to find a new mascara. I was deeply in love with Bourjois 'Coup de Theatre' mascara but they discontinued it, then brought it out again but it was completely different *weeps*
Ever since then I have strived in vain to find one to match it.
I saw many bloggers raving about Benefit 'They're Real' Mascara, I tried it, I did not get on with it AT ALL, frankly I have no idea what all the fuss was about! I think it is rubbish.
Of the two I preferred their 'Bad Gal Lash' though this always ends up leaving me looking like a panda after a couple of hours.

At the moment I am using this new Bourjois one

'Clubbing Volume Mascara', it's ok, but it's not amazing. The big negative is it has a really horrible brush, I actually ended up shaping it a bit better with nail scissors but it's still not great, I wouldn't buy it again.
Anyway I was in Boots and I spotted this one

Of course it was the deep red glittery tube that made me buy it, that and the fact it was on a special offer of course.
I haven't tried it yet, I will finish the Bourjois one up first, but lets hope the sparkly scarletty loveliness of the tube is not it's only good point.

Right, I have to go as I am being dragged out to see Spiderman by Himself who is adamant I MUST see it hmmmm.

I will leave you with a picture of the pretty bracelet I bought in London last week. It has an old tape measure inside it 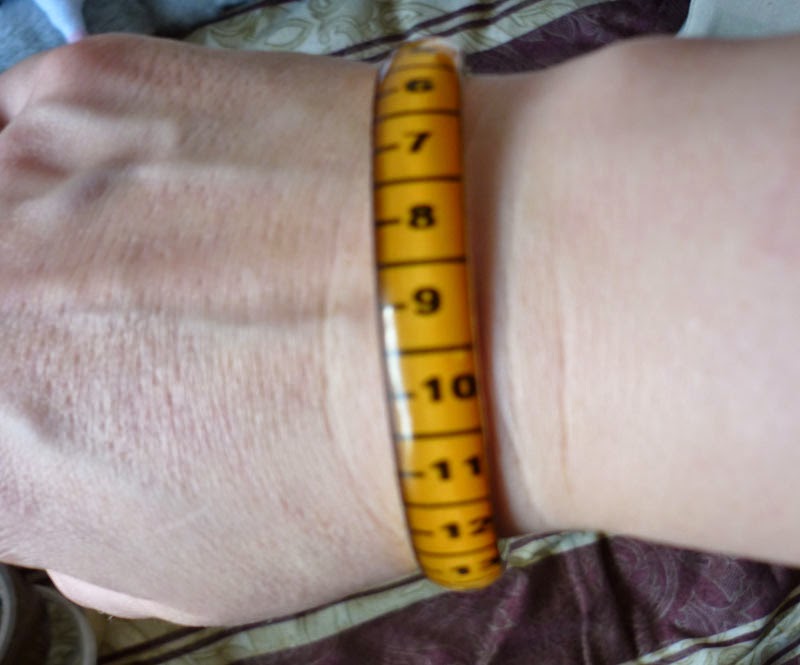 and the notebook I bought for my Mum in Paperchase, isn't he ace? 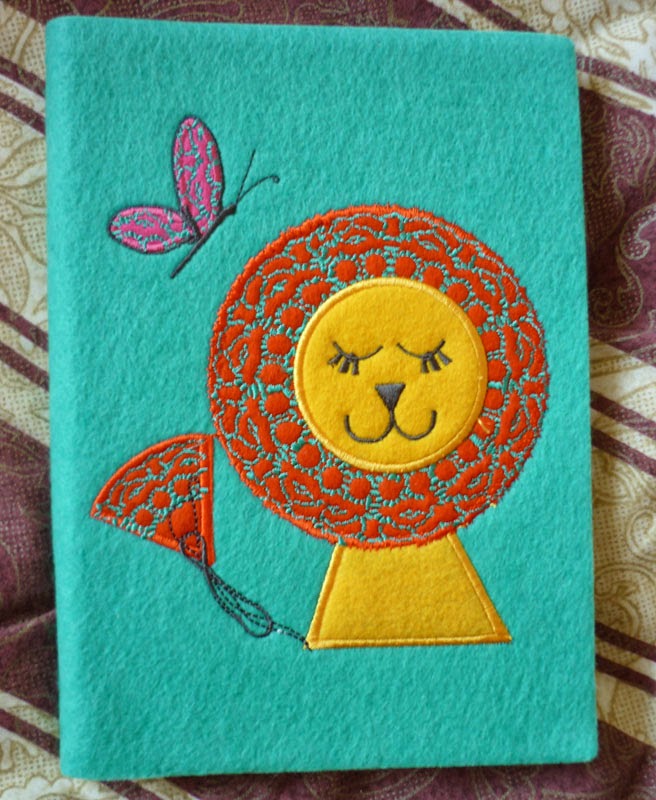