It has literally been a manic month, this is my first weekend in the house all month! It's been lovely I'm not complaining, well actually I am, I just wish my social life would spread itself out a bit instead of happening all at once, I'm knackered and the house is a right pit.

It all started on the 1st November when I went to see Monty Don in Reading with 2 friends from work. For those who don't know who he is he presents Gardener's World for the BBC. 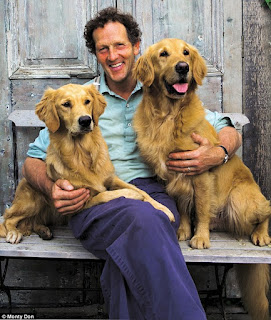 As he fully admits himself the real star of the show is actually his dog Nigel (on the right in this picture) who gets more cards and fan mail than anyone else and therefore did get mentioned often! He talked about his life prior to becoming known as a television gardener and freely admits he is not a professional plantsman as you would expect, he was actually a travel writer who happened to love to garden. He's one of those fascinating and very entertaining people you could listen to all night, 2 hours was just not enough. 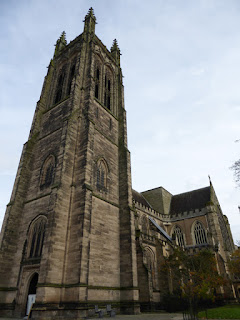 That Saturday I met Soo and we headed out on an adventure to Leamington Spa, somewhere neither of us had been before. It was an easy half an hour on the train from Oxford and we were both impressed, it was pouring with rain when we set out but thankfully it soon stopped. We both agreed it's somewhere we would go back too when the days are longer, by the time we had looked round the city centre shops it was already dark so we didn't do any of the sights or culture other than to step into the church. The windows were stunning. 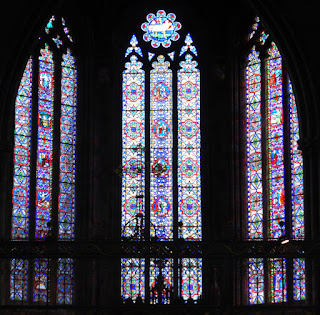 The only other spa town I have been to is Bath so it was interesting to see one that is not quite as touristy and well maintained. 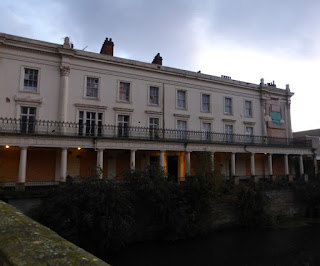 This derelict building for example was one containing a spring where visitors used to take the waters, I do hope it gets renovated it was sad to see the decay.

I have to say I was in absolute Art Deco heaven at the train station which has been lovingly restored, but as we cut it a bit fine to catch our train home I didn't get any pictures, definitely next time.

We did browse every charity shop we found and fittingly I came away with a set of 1930's tea plates and matching cake plate. There was also a teapot and a random 3 cups and 6 saucers which I didn't want. It was £5 for the lot so I asked if they could be split. The girl behind the till dithered and wasn't sure so said she would go and ask the manager. She came back and announced the manager was in the toilet but would be out soon!
A tad too much information....anyway the manager finally arrived and also dithered. It seems she was a relief manager and whilst she would say yes if it were her own store she wasn't sure she could say yes as it wasn't her store. By this point I was getting a bit fed up so I gave her the £5, took my plates, handed her the rest of the set, said "I donate these back to you" and left.
Here they are plus a scarf I bought in another shop. 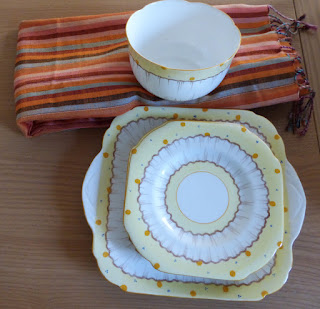 I know I'm not meant to be buying more stuff (especially crockery) when we are meant to be downsizing but they are just so cheery and once upon a time I'd have bought the lot, so that's a start isn't it??

The weather started to close in again which made for a dramatic picture as you can see. 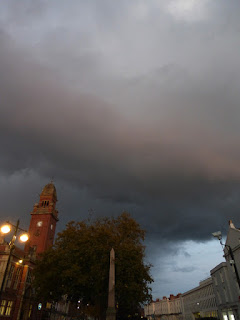 I look forward to seeing Leamington in the spring, I gather there is a lovely park there.

It was my Dad's birthday on the 8th and we went to lunch at our local Prezzo because he decided he wanted to eat pizza. We had a lovely time with Nephew Number One being the only one missing as he couldn't get the day off work. We all headed back to the care home where they had made Dad a delicious cake, the every day food there can be a bit hit and miss but I must say the chef is bloody good at cakes. I definitely had no room for dinner that night.

Himself and I also headed into Oxford that Friday for a night out to catch up with friends from my time at the library, it had been too long. We tried The Castle which had recently reopened having been completely refurbished (it's now a Hook Norton pub.) It was busy and we ended up in a corner downstairs, all was going well until a guy started setting up an amp next to us, like literally right next to us...... one dreadful cover song in and we were all hysterical, a lot of beer had been drunk at that point it must be said, we decided it was time to leave which was probably a good thing. Anyway we had to be up the next day to head over to Mum's with my brother, it was my parent's 53rd wedding anniversary, one of those times when it's hard not to have Dad at home with her. 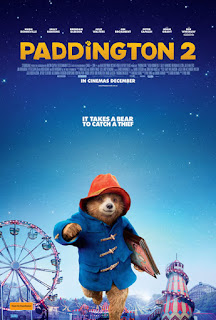 we all loved it, Hugh Grant was fantastic and sent himself up mercilessly.

On Monday it was an interview day at work and then I headed straight out to met some more friends for an early dinner. My friend Simon needed to head off, but it turned out to be one of those occasions where we were so deep in conversation the next thing we knew 3 hours had flown by!

Saturday I was up early and off to Bath to meet Mim and Liza  As ever Mim whisked me to bits of Bath I'd never been to before, I don't know how she does it! I honestly thought I'd seen all there was to see. Due to one thing or another in the past it meant this was the first time I had met Liza and it was so lovely to finally meet her in person. I had such a great day out and rubbish blogger that I am I forgot my camera. My only purchase was this brooch for £5 from one of the maddest Vintage shops I have ever been in. 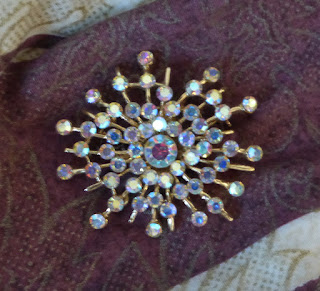 This picture really doesn't do it's iridescence justice.

Liza asked me if I had bought any handbags lately and as it happens I had. I will admit I spent more than I ordinarily would on this stunning chocolate brown Corde 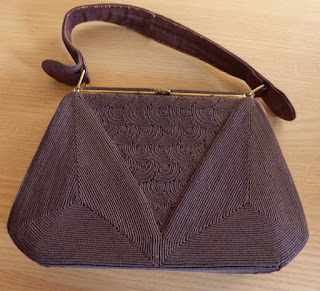 It is a richer darker brown than it's photographed and it was this unusual colour that sealed the deal for me. It's also in fabulous condition.

On the 22nd I had another day off work to take Mum to see Mamma Mia. 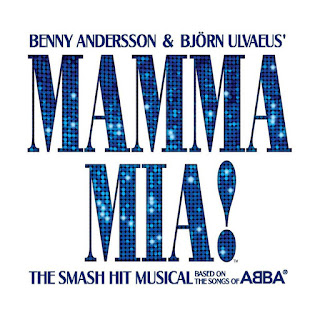 This was actually her Christmas present from last year! We had lunch first then mooched around Debenhams and Oxford's only independent depatrtment store Boswell's. We spent a lot of time looking at the bling and I did buy a set of Christmas brooches in their week long(!?!) Black Friday sale.

The pink one on the end was a separate online purchase. Frankly that's about as much pink as I can handle in an outfit!

Lunch was funny as pretty much the rest of the restaurant were octogenarian ladies doing the lunchtime special before the matinee. The tables were in very close proximity to each other and the old duck next to me practically had her face in my dinner when it arrived, to the point I was this close to passing her the plate and saying "here have a taste you clearly want one!"
Mum and I hadn't gone for the lunchtime special so I'm guessing she was regretting her cheap & cheerful choice.
I really enjoyed the show, it was very different to the film. The Oxford mail reviewer also loved it but said of the performer playing Sky 'he was clearly hired for his six pack and not his singing ability'. Not a truer word was spoken, he was pretty dreadful in an otherwise great cast.

I shall sign off with some lovely presents from Ann at Polyester Princess  and Mim. Ann sent me this lovely bag already taking pride of place on the bag wall. 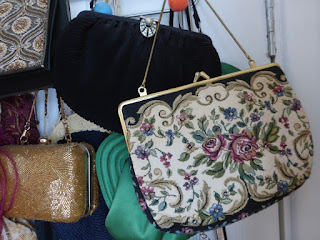 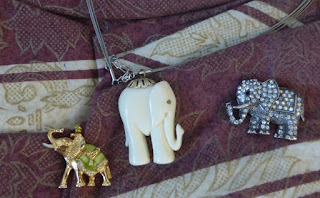 the silver elephant is from Mim. They both know me so well.

No plans for the last few days of November but December already has 3 dinners and a trip to Devon booked in........