Well July has passed in a blur of fun, food and fizz. By the Friday before my birthday I had already amassed these 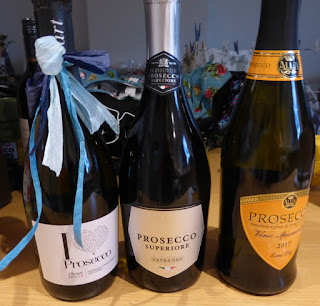 I may be predictable and with that said I was predictably delighted with the above and no I haven't drunk them all yet! 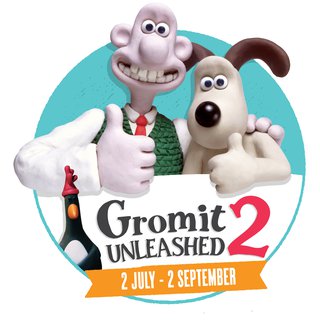 and just bimble around the city, well that was my plan, Himself was far more determined to do it ALL! It was great fun but unfortunately I have been having problems with my right achilles and that combined with the wrong shoes meant by the end of the 2 days I could have wept with pain, every step was agony so I had to give up (and yes I have a doctor's appointment booked next week)

We haven't been to Bristol for 3 years now and I was really shocked by the massive increase in homeless people, I mean Oxford is bad enough but this was on another scale, it's heartbreaking, I also saw my first Spice Zombie, very sobering.

Anyway I digress, just a couple of my favourite statues 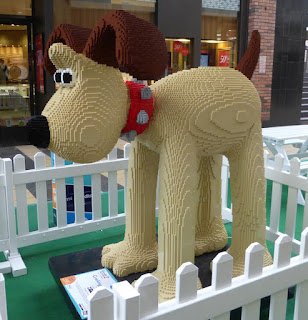 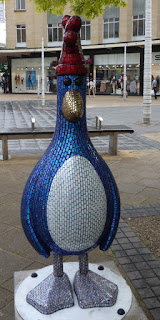 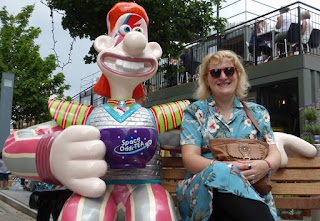 The last one is called Space Oddi-Tea!
Please forgive the demented hair it was fiercely humid so my carefully styled hair lasted all of 5 minutes  *sigh* 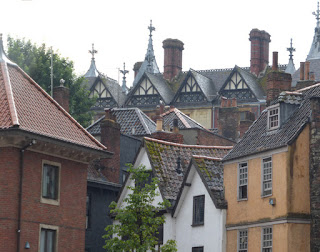 On the plus side the weather broke which helped with the humidity but on the down side we had no umbrella or coats so spent a lot of time dodging showers or waiting about whilst it hammered down.

After dinner in a cute little Italian restaurant we trawled the streets for a pub that wasn't booming out deafening music or packed with hen and stag dos. We finally found a decent Fullers pub where we settled in for the night before trundling back to our Travelodge.
When we had checked in earlier in the day the girl had asked if we wanted one or two keycards, we said one was fine but the girl on reception said "I'll give you two as they are the only way to get in the main entrance at night and they don't always work" (It was one of those Travelodges where you have to go in a door at the back and up two floors to the reception desk.)

Anyway we got back just before midnight and there were 3 girls sitting on the steps outside in their pyjamas having a cigarette, we tried first one card then the other and neither worked, the girls on the steps were stuck as well having come out for a ciggie and then not been able to get back in. A taxi arrived and the guy who got out of it also had two cards and yes you've guessed it neither of them worked either!
He sighed and said "this happened to me the last time I stayed here" which didn't fill me with hope. He turned to us and said "Are you here for Pride?" (well we were both in colourful Hawaiian print) We said no and admitted we hadn't realised it was on. Anyway we had a lovely chat until another girl arrived, thankfully not very long afterwards, and her keycard actually worked Huzzah so we all trouped in.
As the hotel wasn't in the greatest part of town I did email the next week to report the door issue and all they did was refund my money with no mention of fixing the door which of course was very nice, but I wasn't after a refund I just wanted the door fixed!?! 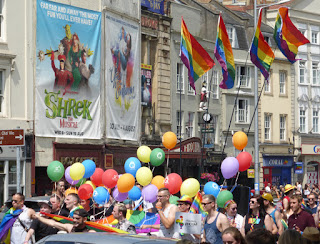 Once in our room we checked out Bristol Pride and decided to go before heading out to Clifton and the Suspension Bridge.We got up in good time and found ourselves a prime spot
the parade took well over an hour to go past us and was fantastic I'm so glad we caught it. 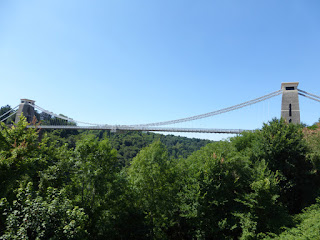 By the time we had walked to Clifton it was baking hot and by the time we walked back I was in agony so we headed home where I dosed up on anti-inflammatories and slapped on the Deep Heat as we had another day full of walking planned for my actual birthday. Weirdly by Monday my heel was back to it's usual dull roar, hard to believe you could go from such screaming pain you actually feel sick to barely anything in less than 24 hours with just a couple of ibruprofen hmm.

Anyway at least it meant I got to thoroughly enjoy my day out to Eltham Palace. It was lovely to go and see the house again especially as this time it wasn't packed with school kids. 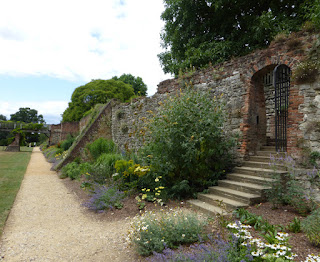 It has the sort of gardens that make me want to give up everything and work in them. We ambled about them enjoying the beauty and the peace and quiet. 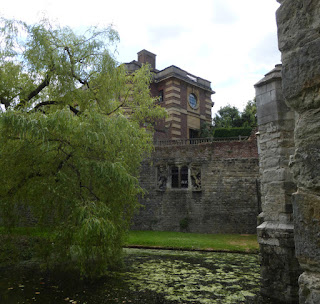 but the house beckoned so we headed inside.

They have opened up more rooms since we were last there and randomly you were allowed to take photos inside this time, so I did indulge but I won't bore you with too many! 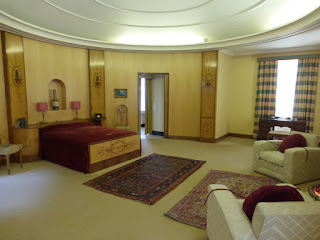 but here is Virginia Courtauld's bedroom 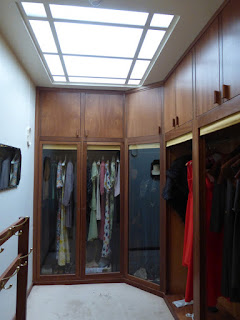 and oh my word do I need her built in wardrobe in my life!!

It was whilst I was browsing the bedrooms I lost Himself, I headed back the way I came and one of the staff said "If you came up this way you need to go down the other way" so I explained I had lost my other half she looked me up and down and said "Is he is the man in the flowery shirt by any chance? he went that way!" 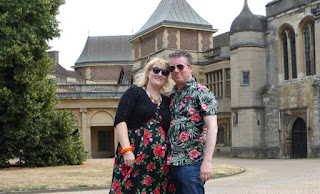 I guess we were dressed just a bit louder than everyone else in the place! 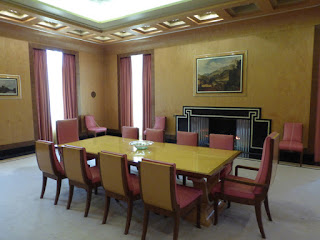 Anyway here is a table and room you will have seen many, many times if you watch any dramas set in the 1930's it is a location that has been used again and again. 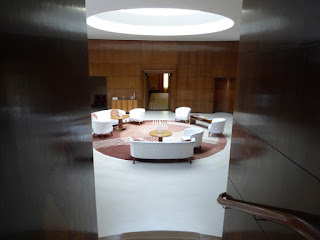 as is the stunning entrance hall, sadly I couldn't get a better picture as there was always someone in the way! 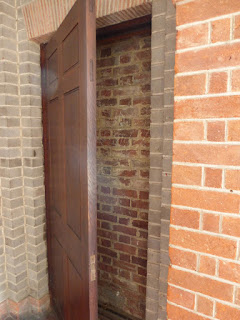 This doorway amused us both 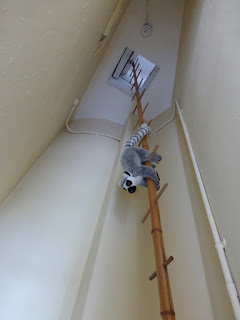 as did the toy lemur.
The Courtaulds had an adored pet lemur Mah-Jong that Stephen bought for Virginia as a wedding gift in 1923 from Harrods. He lived for 15 years and had the run of the house, apparently he liked to nip guests on the ankles at dinner parties! 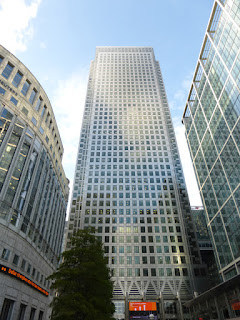 Himself wanted to take me to a pub there called The Tea Merchant as it happens the pub had changed names, but we had a pint anyway relaxing in the setting sun watching all the city types, a splash of colour in the ocean of identikit blue and white shirts. 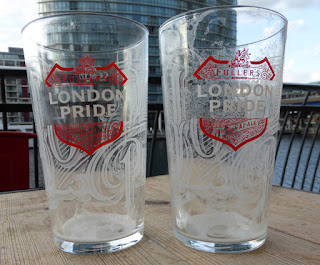