The Month of September - Part Two

September continued with me returning from holiday and meeting Soo in Oxford for a long overdue catch up. This saw us taking a walk along the canal tow path to Wolvercote, then managing to get slightly lost walking back across Port Meadow. I'd say this is itself was actually something of a feat considering it's basically a huge open space! 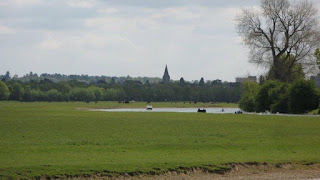 We also had the life scared out of us by an idiot on a mountain bike who decided to speed up behind and past us with no warning when there was a whole rest of the field to cycle on, including the actual pathway, which we weren't on at the time!

Anyway once our heart rates had returned to normal we found our way back to Jericho in time to hunt for somewhere to eat. Which turned out to be surprisingly difficult given the number of eateries there are in Jericho! After finding several places were either closed or full we ended up at the Jude the Obscure. Where perched in their walled garden we caught up some more over a bottle of wine and in my case a very tasty three cheese toastie.

My next adventure was The Chelsea Flower Show.

Now this has been on my bucket list for years so I was very excited when Charlotte suggested we go 2 years ago. Of course covid happened and it was cancelled, then postponed before being rescheduled for September instead of the spring. I gather it wasn't as big this year, covid & brexit both having an effect so there were less show gardens and the marquee had lots of empty space.

Not that that stopped the crowds, it was absolutely heaving when we were there. The weather was fabulous all week so pretty much everyone was floating around in floral frocks, both of us included.

The first thing we saw on entering was a camera and a crowd of people round one of the gardens. It turned out to be Joe Swift doing some filming for Gardener's World. 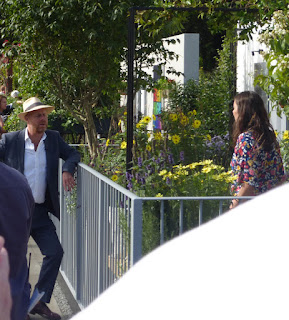 In fact in terms of GW presenters you name them and we saw them at some point during the day. From James Wong and Frances Tophill  to Rachel de Thame, . Typically the only person I didn't see was my Mum's favourite Adam Frost! 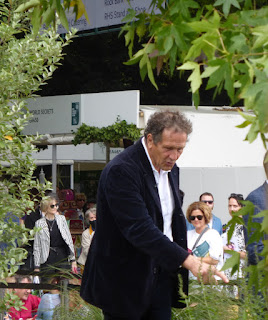 Couldn't not have a picture of Monty. 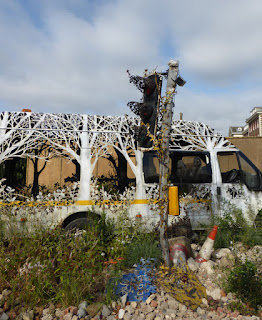 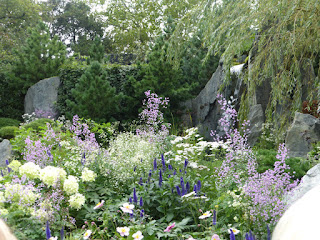 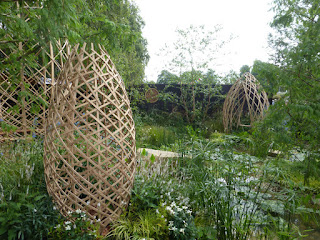 We browsed the show gardens first before doing the main marquee 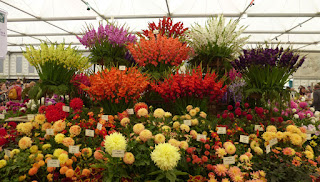 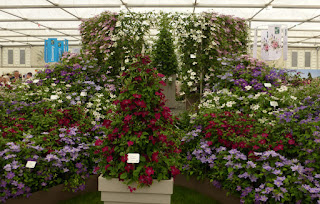 After which we decided it was food time. They had a whole area dedicated to different food vans I plumped for a truffle and parmesan potato dish whilst Charlotte got an amazing vegan street food medley. This is where we encountered my main criticism, considering the amount of people allowed in, and the age of most of them, there were very very few places to sit. We ended up walking round eating which wasn't ideal and eventually just sat down on the pavement when we did need a rest.

My other disappointment was there were barely any plants for sale. I have since been told by a couple of people the Hampton Court Flower Show is better if you want to buy plants, and funnily enough Charlotte said she was told the same thing, so that one might have to be added to the bucket list. Which will be no hardship at all.as even though it's been a few years since I was last there, it is definitely one of my Happy Places.

So what did I buy? Well absolutely nothing in the avenue of shopping stalls. They were all high end, money no object stores and not for me. I bought a sky blue perennial salvia from one of the few stands selling plants and 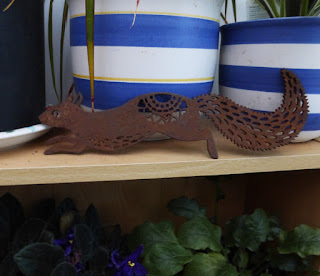 this sort of Nordic metal squirrel, which is meant to hang up outside but is currently in the conservatory.

By this point we had seen everything we wanted too and were footsore, weary and very much in need of refreshment. We decamped to Peter Jones department store for a pot of tea and a sit down. I also made my purchase of the day in there. 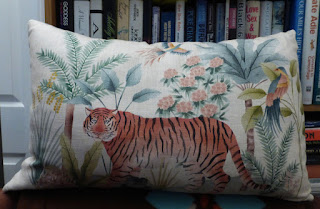 I couldn't resist his face.

So yes I went to the Chelsea Flower show and came home with a cushion!