Elves, Babies and a bit of Wizarding Magic.

Hello!
Well it's ramping up towards Christmas, which means I have been out more nights than I have been in and Himself has taken to the bed stricken with some manner of lurgy.

I have consumed vast quantities of calories via food and alcohol, which will mean me whimpering on the bathroom scales in January and swearing off food and drink for the next millennium, but in the meantime my mantra is eat drink and be merry!

Last week I had a couple of days off work to do some very important stuff.

I went to The Warner Bros Studio for 'The Making of Harry Potter' Christmas at Hogwarts, it was AMAZING. I'm not a die hard fan (unlike my Dad) but I did enjoy the books and the films, and the fact that I got to watch some of the said films being filmed puts it in a special place in my heart.

I wasn't sure at first as to begin with you have some very perky guides who quite frankly grated to the point of wanting to smash them in the mouth, but once we were left to wander at our pace it was fascinating, absolutely fascinating.
The attention to detail was mind blowing and the animatronics and model making just gob smacking.
I could post the millions of photo's I took but I won't bore you with it all. I shall just share Neville's cardigan, because Neville is my favourite. 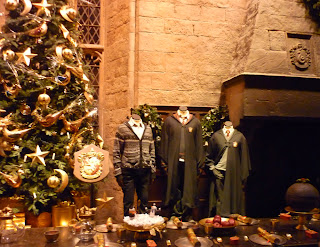 And this gorgeous painting of a young professor McGonagall (Dame Maggie Smith) because I loved it. Do you know they hired 6 portrit artists to paint the 350 paintings seen in the films? I thought they were just printed scans or CGI, but no, they were all actual full sized oil paintings based on pictures from the National Portrait Gallery and often of members of the crew.

I also managed to find an elephant or two, well you know me.... 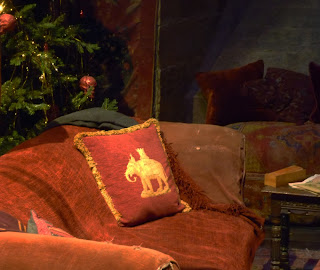 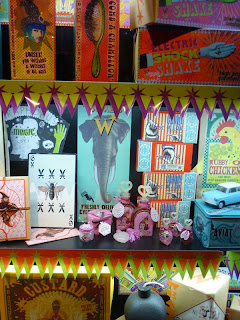 I swear I really do not go hunting for them, I just seem to spot them.

All in all a bloody good day out and highly recommended.

We also went to see the second Hobbit film. It was better than the first, but frankly it would have to have been pretty dire to be any worse than that endless snooze-fest.
I did quite enjoy it, I wish I could have enjoyed it more. It only ever got interesting when the elves were on screen and as none of that action is in the original book it kind of defeats the object really. Ho hum. 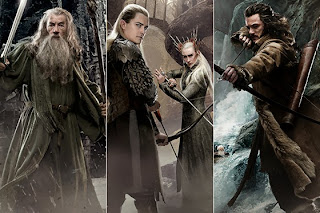 Nice bit of eye candy though and no I don't mean Sir Ian!

We were up at a horrific time on Saturday to head to Devon for Nephew Number Two's 4th birthday, and to meet Niece Number One. The weather was absolutely miserable, at one point we were going to take the nephew to the beach but as the rain was pelting down and the sea was crashing over the wall onto the road we decided against!

The party was all it should have been, 10 overexcited, sugar high 4 year old's running amok, it's been a long time since I have been to one like it.
We spent most of it having cuddles with the Little Miss, who somehow managed to sleep through the lot, bless her! 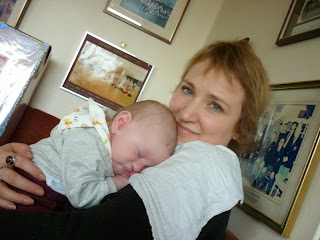 She is an absolute delight. So is the Nephew if I'm honest, he's at that chatterbox stage and I have to say I just love the random stuff kids of that age come out with.

Unfortunately the recurring theme of the weekend did seem to be vomit. Only to be expected I suppose what with a new baby, excited 4 year old's and adults plus alcohol. A fun but tiring time.

After that it was back to work where we had a long lunch to watch The Muppet's Christmas Carol today. I also took time out to catch up with a friend this afternoon and then out this evening to eat with more friends and the happy news that a baby is on the way for one of them. A perfect way to end an evening.