Over Hill and Dale With a Happy Heart and Sore Feet.

So as it turns out I did manage to get Himself out for a walk on Sunday and what a walk it turned out to be. We had planned to head to a nearby village a round trip of about 6 miles.

It all started well, we bumped into my friend Liz out walking her dogs Sophie and Ebony. A little further along we met a baby poodle called Lindy and next a gorgeous chocolate labrador called Basil, he was my favourite, what an ace name for a dog.

Yup a lot of people were of the same mind and making the most of a welcome break in the rain and a little sun shining through. 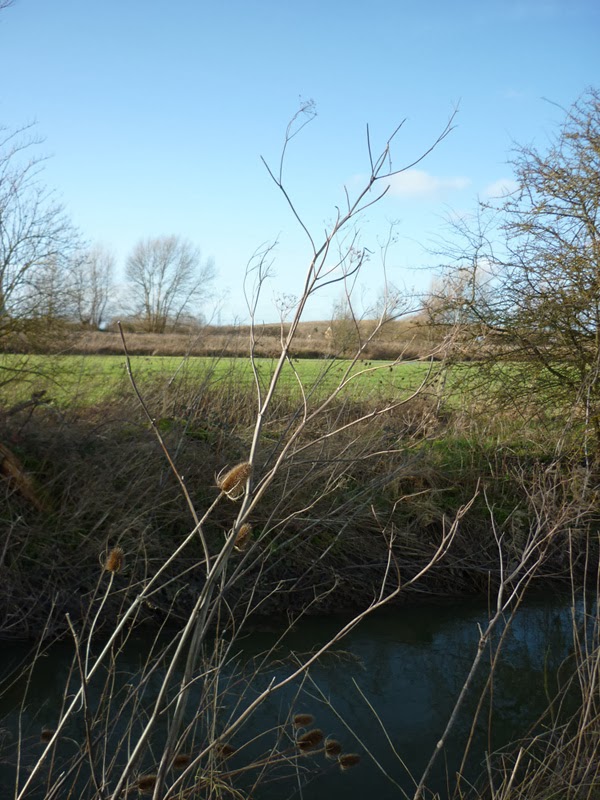 It really was glorious. We breathed in the fresh air and admired the flora and fauna..... 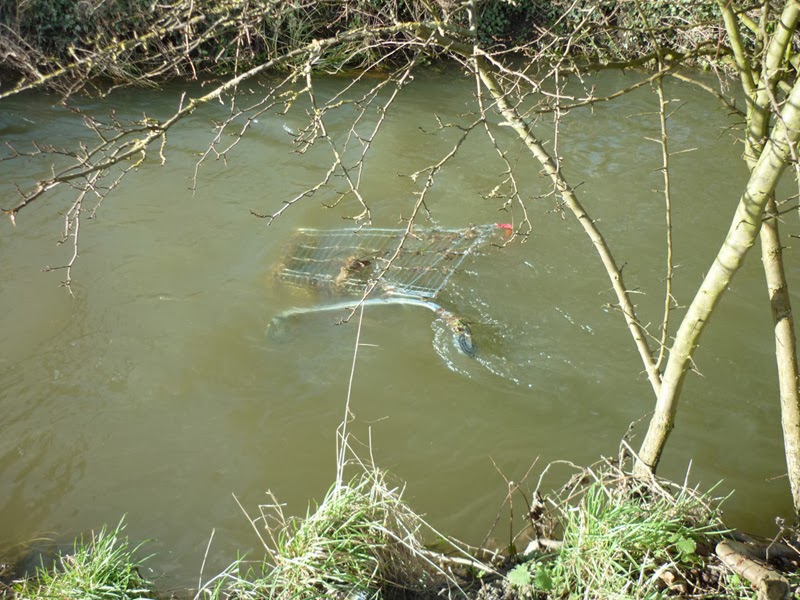 We were about 3/4 of the way there when this started to happen..... 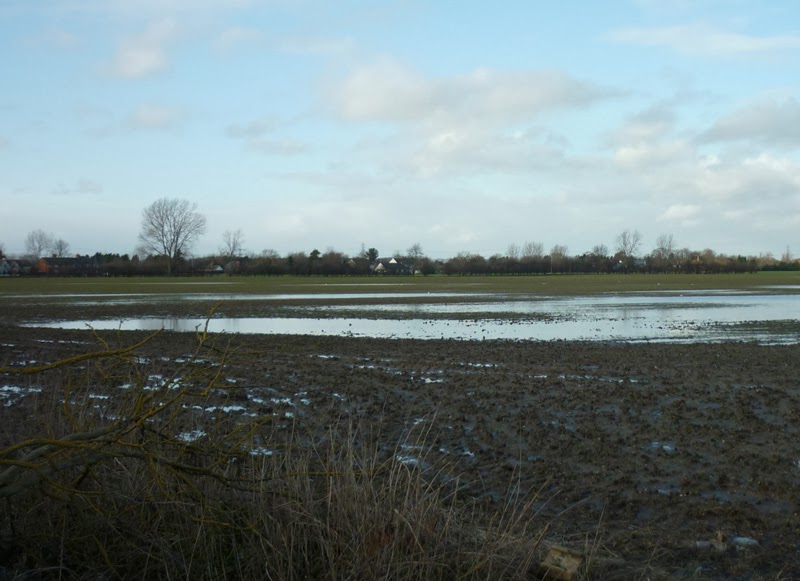 I'd kind of forgotten that the village we were heading to is famous for Pooh Sticks and indeed holds  the national championships every year. That means of course a river, which of course means flooding. We couldn't get any further without waders so we had to turn back :(

My idea was to cross the rail track at the level crossing and head home Himself decided no, we would go a 'slightly' longer way home by walking to the next village

and then the next

and then through the industrial/business park

If he would have made that clear at the time I'd have told him in no uncertain terms what he could do with his suggestion. However he was vague, very vague and by the time I started to get suspicious we were committed to the journey.
I have to say I was trudging along on auto pilot by the time we headed up the hill to home and in some discomfort, for some reasons the backs of my knees were killing me!!
Which I have to say is not something I have ever suffered from before after a walk. It was also dark and freezing by the time we got in. Can you tell I wasn't too happy?
Anyway here's the gentle evening sun glowing on the cooling towers. 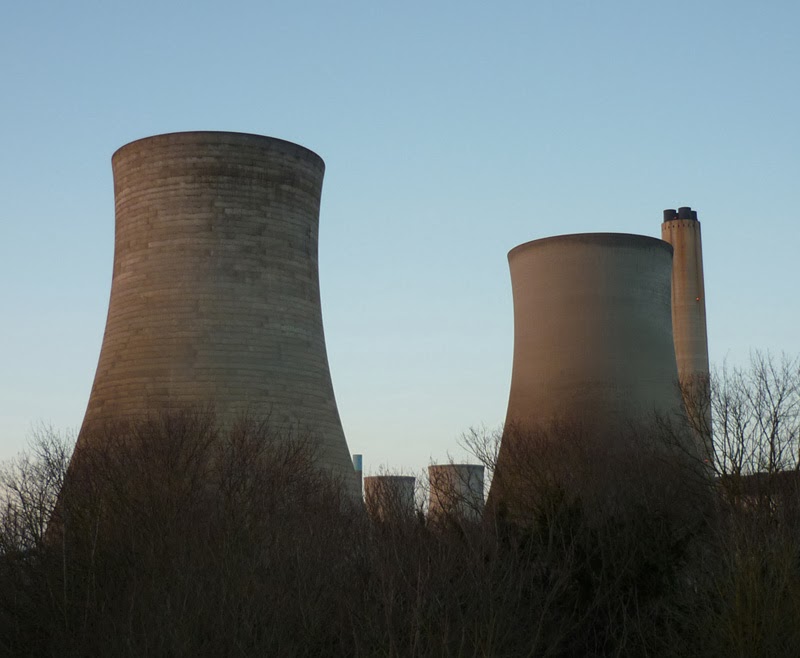 I know they are not everyone's cup of tea but I love our cooling towers, you always know you are nearly home when you see them. They are actually built from a warm and mellow coloured stone so they really do kind of blend into the countryside despite their vast size.
Sadly they are due to be demolished at the end of this year much to local outcry. When you keep in mind they won't be able to do anything with the piece of land for at least the next 30 or more years, possibly never, why not just leave them be?
Strange but true fact - When I was at Art College one of my tutors wanted to paint the 7 Muses onto the sides of the towers! He was known for his mad ideas.

Anyway turns out when Himself checked the pedometer we had actually walked 11 miles, no wonder my knee backs were complaining. Not quite the gentle stroll I had planned but very enjoyable never the less, well maybe not the last 2 miles.

Back to work on Monday and I am still wearing my wardrobe through. Monday's frock was one of the one's I couldn't decide on a couple of weeks ago. I came home and said to Himself
"I'm not sure this dress does anything for me"
"Certainly not with that cardigan you're wearing, no" was his swift reply
Charming!, I removed the offending cardigan and did a this way and that way turn. Himself considered and I could tell he was searching carefully for the right words. In the end he said
"It is a bit, well, billowy isn't it?" His polite way of confirming what I already suspected, it's a shapeless sack and I look a bit like a shapeless sack when wearing it. So it's definitely going in the charity bag after all.

Today's dress was a big hit at work, another lovely green dress I'd forgotten about. Mind you I have a sneaking suspicion that as I have been wearing so many awful frocks lately people at work were just thrilled to see something halfway decent for a change and leapt in to lavishly praise it!

I need to find something red for Friday as we are 'Ramping up the Red' in support of the British Heart Foundation, I also need to make something for the bakesale which might be interesting as I am off out on Thursday night. Hmmm

I shall sign off with two bargain clothes purchases. Vintage glittery dress for 99p plus postage on Ebay 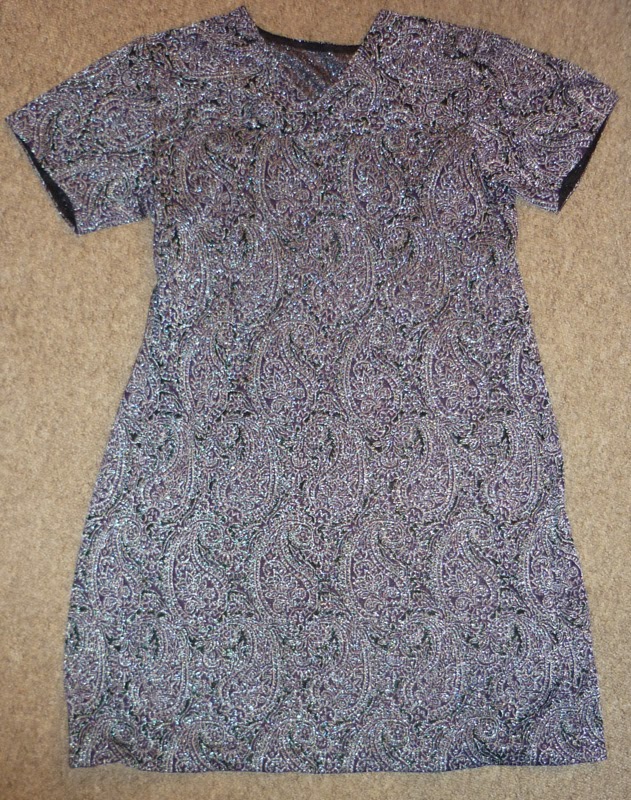 A sloppy joe sweatshirt that just had to be bought 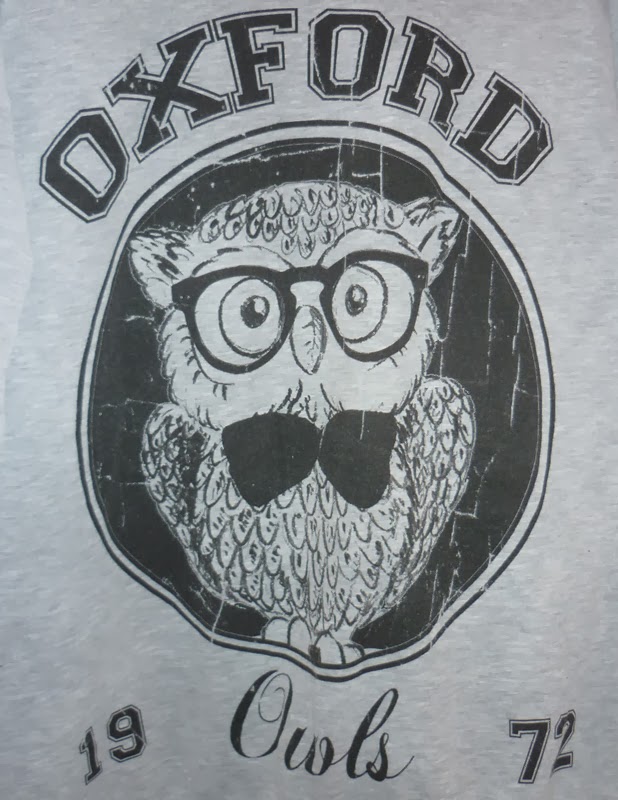 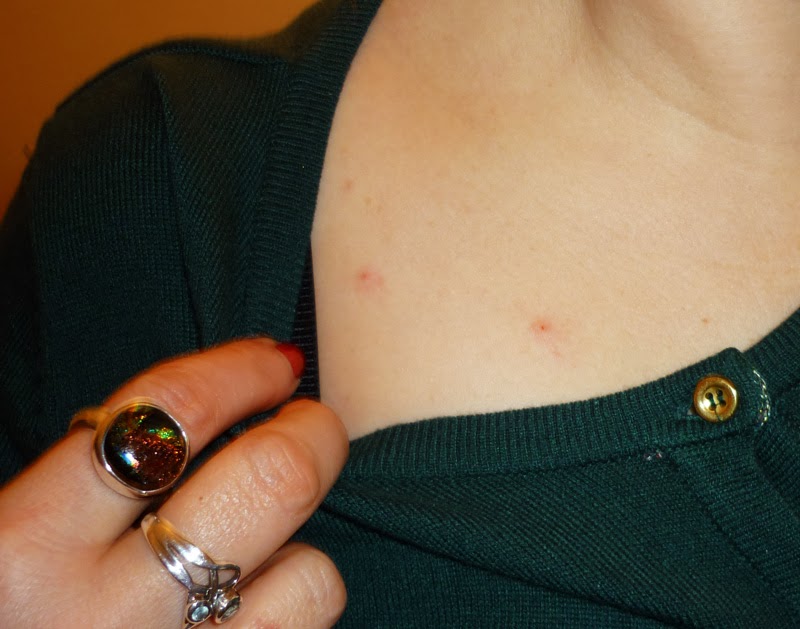 and a rather strange but lovely tree from Sunday's epic walk. 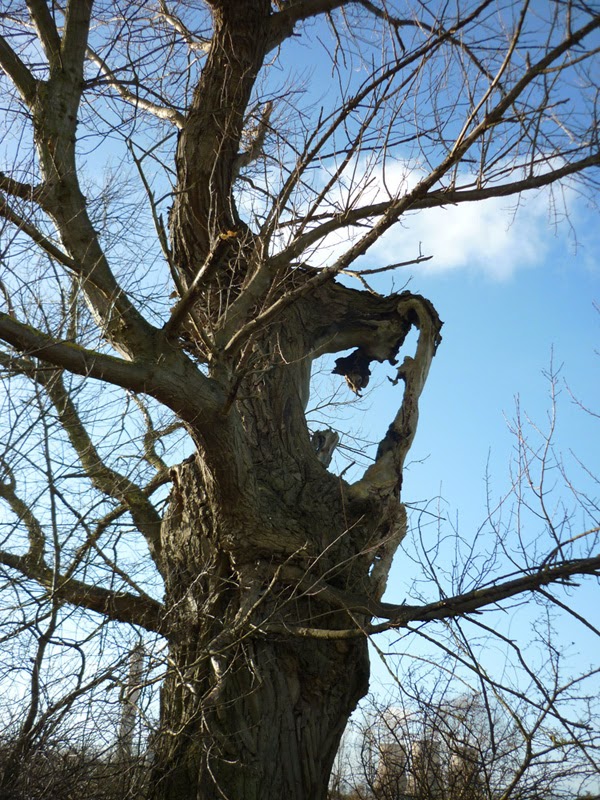