Sales Shopping and a Resolution or Two.

Ah yes the siren call of the January Sales.
I no longer leap into action on Boxing day and pound the pavements for hours on end in search of a bargain, any bargain, just as long as it's REDUCED!!
I do still love a bargain however, and will venture out at some point to particular favourite shops hoping to find something lovely at at least half it's original price.

I had a small list of things I actually needed, but everybody knows I'm not going to stick to a list right?
Having said that I did manage to some things from it so clearly I can do it when I try, mostly though I just can't be arsed to try.

A lovely new dressing gown from M&S. I needed a new one and this one has been on my radar for a while now, but I just was not willing to pay full price for it, I was however more than willing to buy it at 60% off.
I showed it to Himself and he started smirking, I'm like "What?" "WHAAT?" and he said " Nothing, nothing, it's nice.........but it is a bit 'Margo' "
In my eyes this of course is not a bad thing so it's staying.
Next up 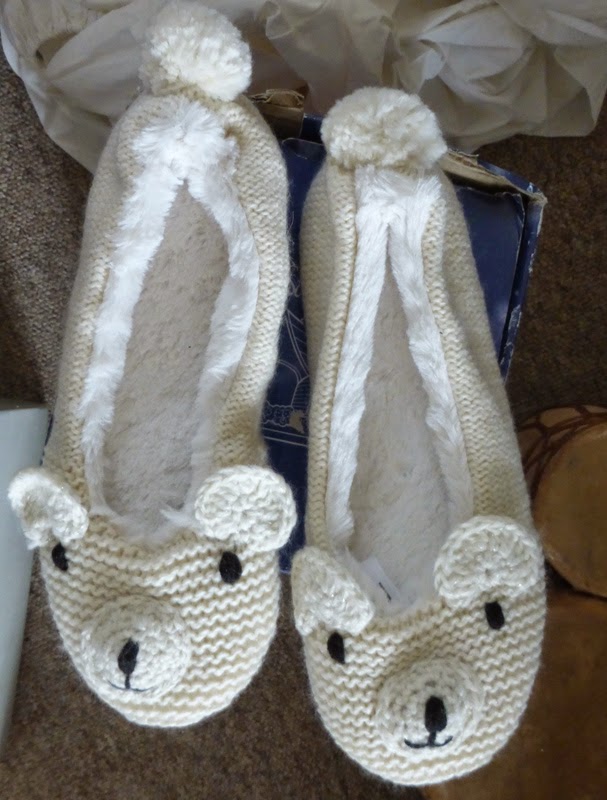 Snugly slippers to replace my comfy but knackered ones. These came from Accessorize and are polar bears I just loved the faces and the pompom tail.
Also from Accessorize 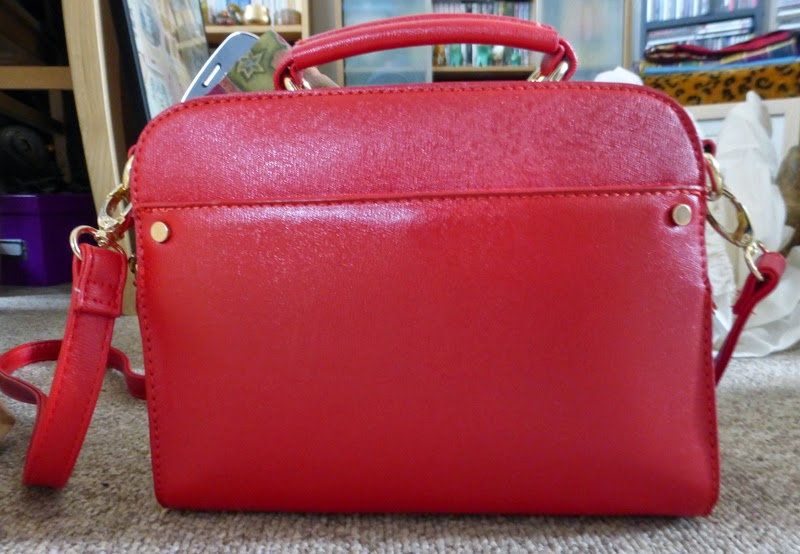 A new handbag for work. It might surprise you to know that whist I avidly collect vintage bags, I am ridiculously, insanely particular about the bag I take to work each day!
It has to have 2 separate zipped compartments for a start, I have been looking on and off for a new one for 2 years and I finally found this one. It's not 100% perfect and it is smaller so fitting all my 'stuff' in it is a challenge but it will do.

Another item ticked of the list are a new pair of patent brogues to replace my brown ones that split I ordered them from the Office sale but they haven't arrived yet. I couldn't get brown so I went for ox-blood as I figure they should go with most things too.

Then of course we reach the items that weren't on the list but somehow I ended up buying anyway. 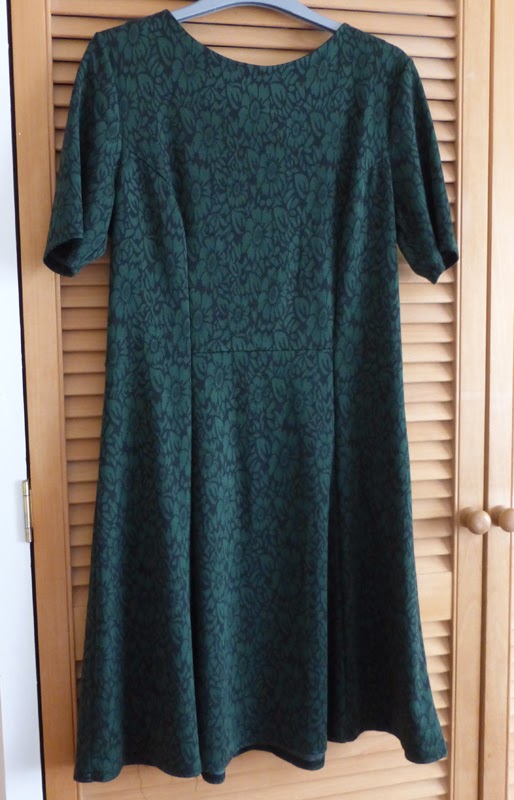 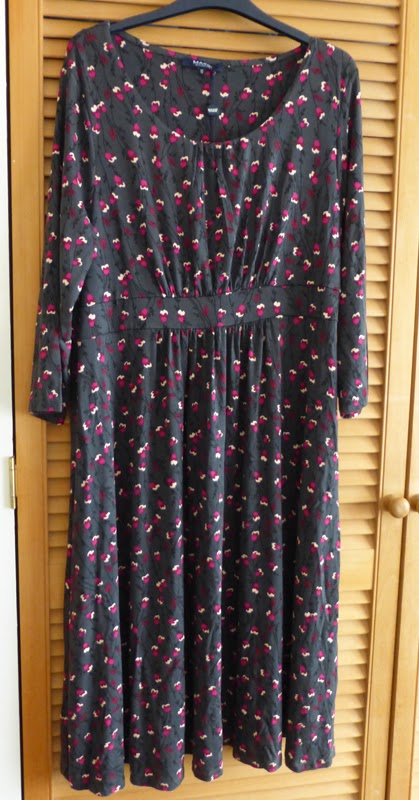 These two dresses to be precise. I got them both in Debenhams and they will be perfect for work (that's my excuse and I'm sticking to it!)

Or the day I went into BHS looking for pillowcases and came out with a dress but no pillowcases. 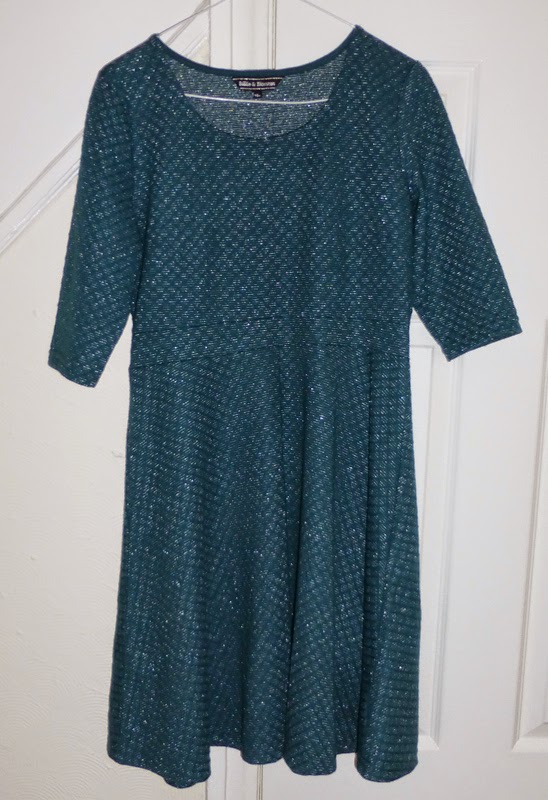 It came from the Dorothy Perkins franchise in there which is so temptingly placed right by the entrance. Who can resist a bit of glitter? Not this magpie that's for sure! (I ended up getting the pillowcases from Sainsbury's after I popped in for some bananas as you do.)

As requested I add a picture of my Cath Kidston burglar dress. I haven't even tried it on yet let alone worn it and no I really have no idea why I do that with some items of clothing. It's just plain weird  and I'm the first to admit it. 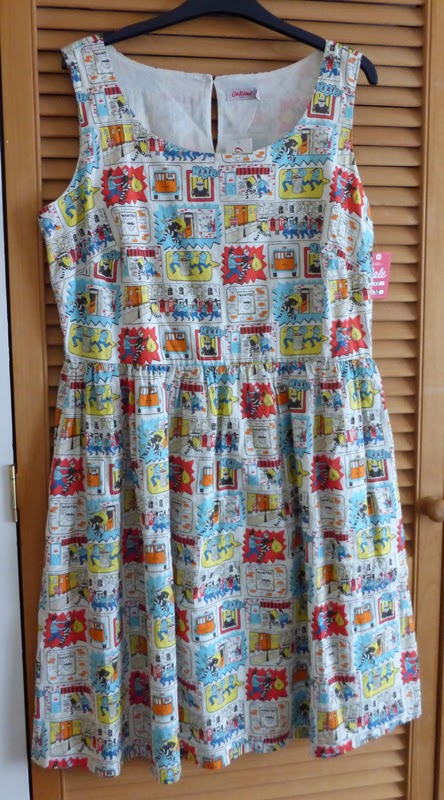 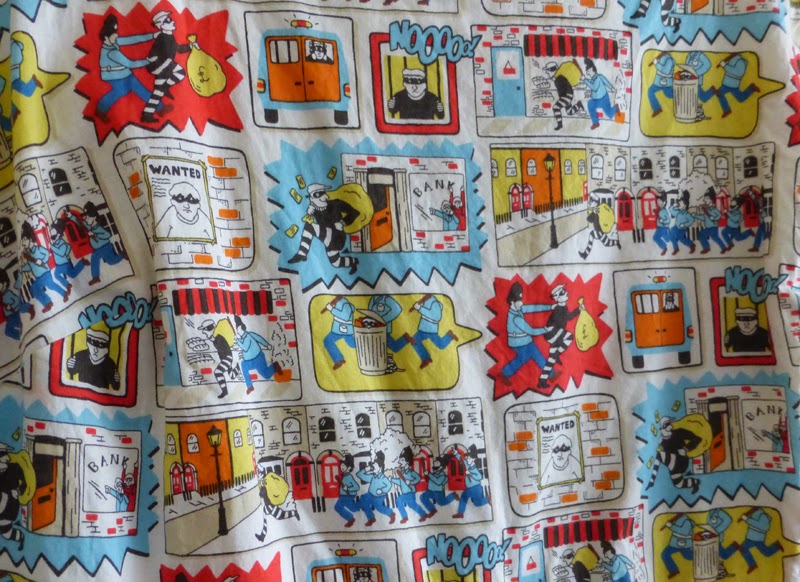 Finally here is my before Christmas Ebay purchase, photographed after the toxic armpits have had a liberal dosing of the, as recommended by Vix, vodka & water spray. Neither of us drinks vodka so I bought the smallest cheapest bottle Tesco had to offer, I hope the dress won't hold that against me. Now I just need some slightly glam event to wear it too. 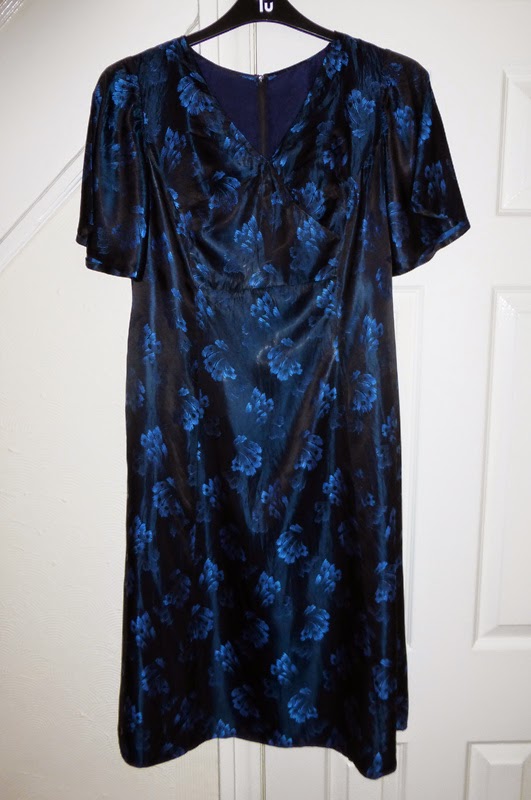 I do find this time of year does seem to induce a certain amount of navel gazing in me. I've said before on this blog I'm not one for New Year resolutions, I find 9 times out of 10 you fail and that's just something else to beat yourself up about, but, I do give myself a few goals to aim for.

This year I want to be a bit more proactive about my waistline. I spent last year losing and gaining and losing and gaining the same half a stone to the point where it just got ridiculous!
I'm not as big as I was in 2013, but I didn't end 2014 as slim as I would have liked either. Much as I would love to lose a stone or 2 I know it's never going to happen, because not only do I have 0% willpower, I'm lazy to the point of coma and basically I'm a greedy pig.

So I will aim for more realistic goals like keeping that half stone off for good, and losing another into the bargain.

Also I have signed up to start a Pilates class in February. If this helps lose a little weight it will be an added bonus, but the main motivation behind it is to get some fitness and flexibility back.
Serious health issues for a couple of people close to me has really brought home the fact that as you age, unless you use it, you lose it and when it comes to both of the above I am already losing it.

It's been 18 months since my friend Susan died so also 18 months since I did the Alexander Technique with a teacher. I miss it, and her, I practised with her for the best part of 20 years and I just can't bring myself to start again with a new teacher, it doesn't seem right somehow. That might change of course, but for now I've decided to look for something new but with similar priciples and Pilates seems to fit the bill.
The class I have found is not only just down the road from my house, but also lets you sign up and pay for 4 sessions at a time, so if I don't like it I can leave after my 1st 4 are done.
I like the fact it starts in February, I feel somehow I will be more likely to stick with it than if I started it in January!

Other plans are to carry on with last years goal of accepting more invitations and going out and doing more, I have to say that was particularly successful.
I add to that spending more time in my garden which got sadly and shamefully neglected last year!
I also plan on upping the number of books I read, another thing like gardening, that brings me great joy and yet I never seemed to find the time or inclination for either last year.

Finally my itchy feet are urging me to travel states side again, I need an America fix, so that's another thing I need to work on.