Finally I get to write the post I have been meaning to for the last week! Though I will add in response to my musings over getting a bit fitter I said to Himself  ‘maybe I should take up running’ to which he snorted with laughter, partly because I can’t run properly, (basically as soon as I start it’s like all my limbs suddenly decide they need to go in different directions, not only to the one I want them to go in but also to each other!) but also because I always get lost. He pointed out that unless I only ran to the shops and the station he’d probably never see me again, which is harsh but fair. So yes for the time being I think other forms of exercise would be more sensible.
The very exciting things from last week was FINALLY being able to go and see ‘The Artist’, going to the ‘Dickens and London’ exhibition at the Museum of London and getting my new tooth!
Firstly the tooth is in, it's German and guarenteed not to break, believe me I have no intention of testing that claim out. It's a bit bigger than what was there before and distinctly whiter than the rest of my teeth which would have pissed me off big time if I had had to pay for it. The bill came in a £688 and all I had to find was the first £15 thank the lord for insurance. My emergency appointment on the 27th December cost £113 call out and £136 for treatment!?! As Himself pointed out, there was a very good reason that guy was busy fixing teeth during his Christmas holidays!
You know what? I can eat properly again and that is all I care about right now :-)
On to The Artist! 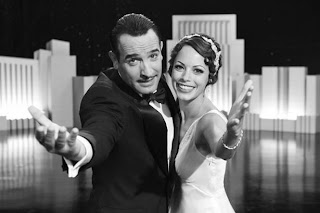 I loved it! Personally I would have liked a few more of the dialogue screen shots to begin with as it was a bit hard to get the gist of who was who and whom of them was doing what at first but I was soon completely engrossed. Indeed to such a point that when there was a problem with the colour halfway through the film I didn’t even notice!
Thank you Cineworld for finally realising that this film that has been nominated for so many awards might just be worth showing.......
Saturday saw us up and off to London with our friend Murray for the Dickens exhibition. We had a very smooth tube journey for once (maybe they were looking after their own as Murray used to work for London Underground!) and arrived with over an hour before we were due to go into the exhibition. That meant I got to browse around the downstairs part of the museum which was closed to last time we visited. Victorian London onwards to the current day = BLISS!
Here's a random selection of things that caught my eye. 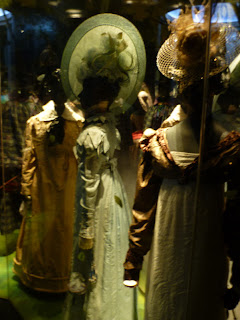 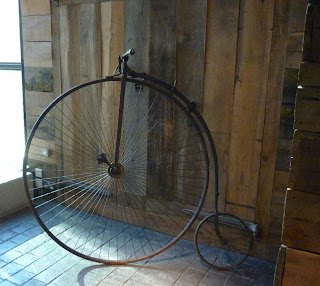 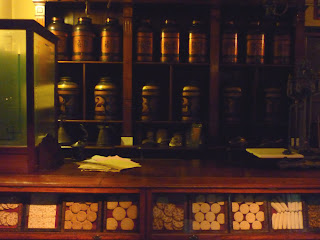 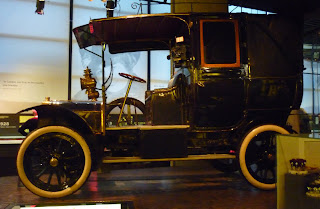 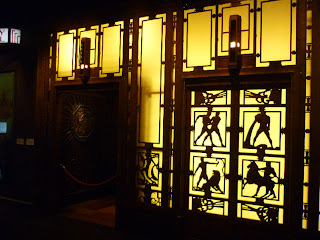 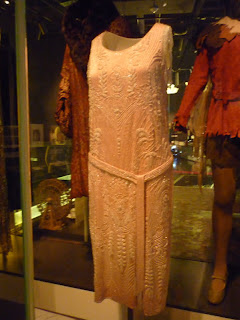 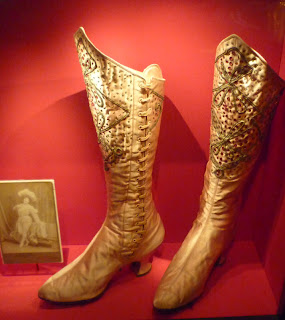 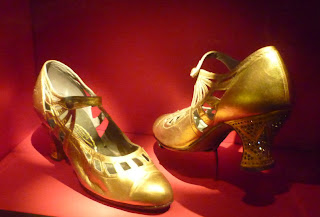 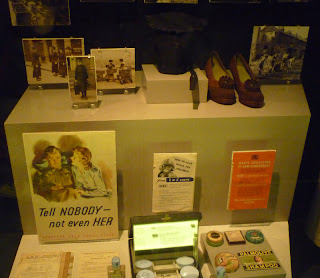 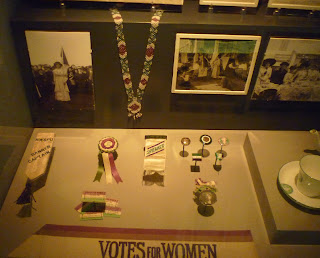 Check out this purple hat! 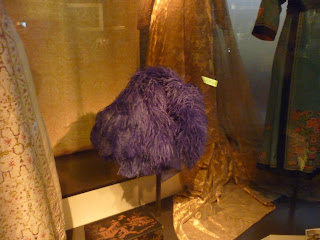 and the zombie with the top hat and dog! 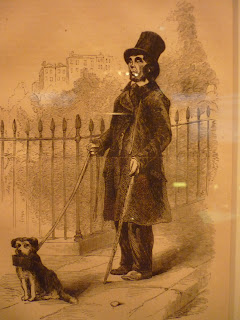 All to soon it was time for the Dickens exhibition, which we all enjoyed, even Himself who had gone under duress it has to be said. Murray and I ended up browsing round it together which was really useful for me as he is something of an expert having done Victorian novels for his degree and the novels of Charles Dickens for his MA.
The exhibition was more about life in London during the span of  Dickens lifetime rather than the man himself and was a fascinating insight into work, leisure, innovation, death and poverty. There were some fascinating photographs from the building of the railways and the underground system in London, and from the point of view of an art history student, who did a core course on Victorian artists, some wonderful, wonderful paintings.  I was mesmerised by ‘The Lord Gave and the Lord Taketh Away - Blessed be the Name of the Lord’ by Frank Holl purely because of the sheer raw emotion the artist had managed to capture in the face of the young man standing at the table. Just incredible when you think this is a huge painting and not a photograph quickly capturing an unguarded moment.Sorry no photo's as you weren't allowed cameras in there and the only image I could find on the internet is not clear.
We all boggled over the handwritten drafts from some of Dickens novels which were pretty much illegible. Tiny, tiny messy writing with lots and lots of scribbling out, how the hell the poor proof readers managed to type up a coherent novel from them is one of life’s mysteries!
At the end of the exhibition was a brilliant film by William Raban, which showed modern London from dusk until dawn. Set to a soundtrack of words from an essay Dickens wrote 150 years ago after walking the streets while suffering from insomnia.
All in all well worth the visit.
After the museum we decamped to the Fox and Anchor by Smithfields Market for a pint and some much needed lunch. 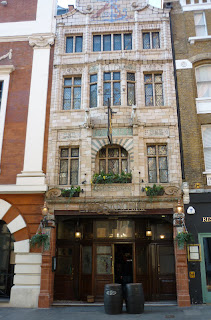 Now the prices we were expecting, this was central London after all, but the portions we were not. Himself had a steak and ale pie for £14.50, when it arrived it was in a 5 inch round pie dish with a large marrow bone in the middle, (a good ploy to not put as much filling in) and that was it!
No veg, no mash, no nothing.
Just one measly 5 inch round pie for 14 and a half freaking quid!?!*&! It would have been an extra £4 for chips/mash and another £4 for veg.
I had the fishfinger sandwich which came in at £11 and at least said it came with chips. The 'sandwich' was actually a breakfast (English) muffin so not exactly huge either, with a side of 5 chips, yes you read that right, a measly 5 chips, my gob was so well and truly smacked before I could form any kind of words the waitress was gone.
Murray had the steak for £17.50 which was so thin you could have held it up and read a newspaper through it. Daylight bleeding robbery.
So people if you are ever in the vicinity of The Fox and Anchor by all means drink their delicious beer 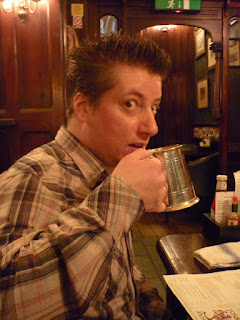 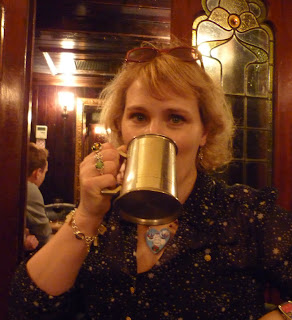 but give the food  WIDE berth if value for money is what you require.
Posted by Miss Magpie at 15:19