Before I start I did take my camera with me the other morning and it would appear the second figure in a hedge is indeed a swimmer! 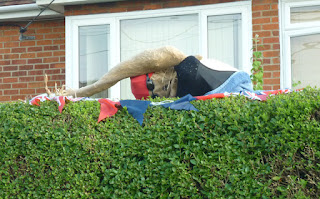 People are Strange as Echo and the Bunnymen would say. Which leads me neatly on to today's post. 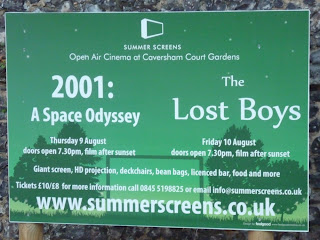 It could of all gone horribly wrong as not only was I on the phone to Vodafone for an age trying to sort out my new contract so we missed the earlier train. When we got to the station the next one was delayed, eek!!! AND Himself had forgotten the map to the venue (thankfully he remembered the tickets just as we were heading out of the door!?!)
Apparently I was just as at fault for forgetting the map as I was just as capable of picking it up off the table as him.
However as I didn't even know he had printed out a map let alone left it on the table I choose to disagree!
Anyway we finally got to Reading and found the venue no problem as we both had a general idea of where it was. 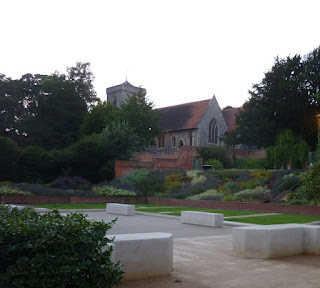 It was all very informal when we got in, so we went to the bar and bought a bottle of very reasonably priced and actually very good Pinot Grigio and chose some deckchairs. 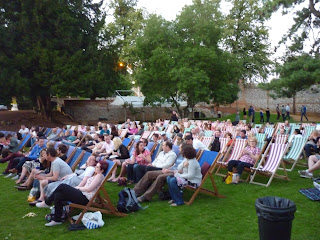 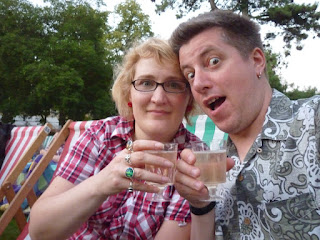 The film wasn't due to start until 9pm so we just chilled and took in the beautiful setting as we were right next to the river. Over the other side of which there happened to be a funfair in full swing which was quite bizarre really when you think how heavily a funfair features in the film! 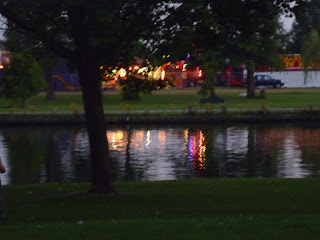 As dusk fell there were also little bats flitting about which was pretty awesome too.


It was a sold out event and sod's law meant we ended up sitting next to a group of 3 numbnecks who smoked continuously despite the No Smoking announcement and talked 19 to the dozen at the top of their particularly braying voices. 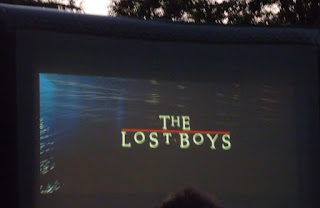 The film started and they continued to guffaw and bleat loudly on and on and on. Grrrr
In the end in my best stern librarian/barely contained psychotic killer voice I informed the one sitting next to me that I had actually paid to come and watch the film and NOT listen to him talk. They shut up for about 5 minutes and then started up again in loud stage whispers. Thankfully about a third of the way into the film they seemed to pick up on the fact that if they didn't either shut up or move they were about to get lynched by all around them and got up and left. So finally we got to settle back enjoy the rest of the film in peace.

What can I say? I loved it!

At the end of the day it's not a great film by any means, and most of the people in it either can't really act or are hampered with terrible dialogue, but it's one of those films where these facts actually don't matter one little bit. The humour holds up well and despite the 80's fashions they still look painfully cool. I was one very happy bunny.

Oh and Himself made this for me....