Use it or lose it - or how I spent my holiday.

I had annual leave to use up otherwise I would lose it, er I think not! So last week I was off work Huzzah! As ever I had half a million jobs lined up to do in and around the house and I did actually achieve slightly more of them than I expected too so that was a miracle for a start.

First up was to spend my birthday money from my brother and sister in law on this little beauty. 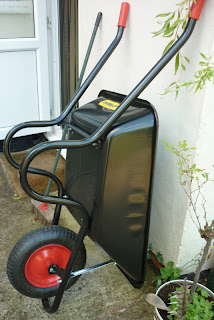 I have been wanting one for a while and this was a damn good deal. I took Himself with me so he could wheel it home through the streets (sadly not with me seated within waving regally).

My sister in law who is terribly glamorous and doesn’t know one end of a trowel from the other was rather horrified by the purchase when the money could be spent on perfectly good clothes or make-up. My brother on the other hand has grown up with me and my love of gardening and rooting around in mud generally, so could not fail to see I was delighted with my purchase, especially as I made him get out of his car and come round the back of the house to see it in all it’s black and red wheely splendour!
I also bought some new sheers and cut the bottom hedge. Himself did offer to do it with the hedge trimmers we bought earlier in the year but as that would mean them plugged into an extension lead, plugged into an extension lead, all I had were visions of him acting out an episode of Casualty, so I declined and did it the old fashioned way!

Monday I bravely decided to tidy under the bed and to have a good sort out of my books. This mostly consisted of me exclaiming in horror at the dust. Coughing, sneezing, wiping with a damp cloth and putting it all back again. I did sort some out for the charity shop (to go with the ones I was forced to clear when drama happened and the shelves of one of the bookcases collapsed few weeks ago.)

Tuesday I decided to take the bags of books to a charity shop before I could change my mind.
I had a lovely morning browsing and bought a couple of lovely vintage items for my Etsy shop as well as this cute little bag for myself. 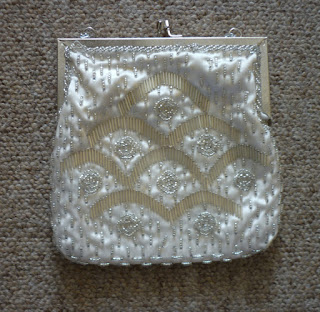 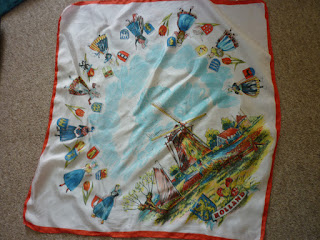 I also just had to have this Holland headscarf as my Grandfather was Dutch, it also turns out there had been dalliances with two Dutch doctors which resulted in two illegitimate babies in my mother’s side of the family. The excitement of genealogy!

On that note it also turns out my Great Grandfather was a shoe designer, not a shoe maker but an actual shoe designer! How freaking awesome is that??

I went to the real shops too as I had to exchange a dress my mother had bought and also find something to spend the rest of my birthday New Look voucher on. I had wanted a new pair of black jeans and had indeed found a pair of black jeans that looked ideal, but sadly it was not to be. I had bought the ones that said 32” inner leg but when I tried them on the were flapping around above my ankles in a less than flattering fashion. I took them off and measured them and it turns out they were only 29” Bah.so I took them back and instead I got a rather fab skull print frock. 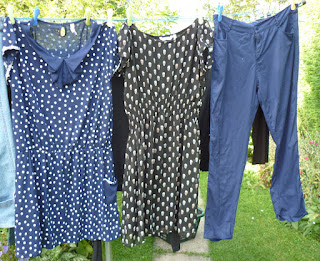 In exchange for my Mother’s dress (because they would only exchange and not refund) I got the navy trousers next to it. The spotty dress on the other side was a previous sale bargain. I absolutely love the neckline but I'm really not sure the elasticated waist does much for me so I may hack it off and turn it into a top.

I also went to Sainsbury’s for the ingredients to make some peanut butter bars which were dead easy to make and tasted Too Die For, probably had about ten thousand calories in each one.

Wednesday my parents came over and we went to a local garden centre where I bought soil to re-pot my patio plants. When we got home I basically bellowed at my Dad to stop as he started to unload it from the car and raced round the side of the house to fetch my lovely shiny new wheelbarrow. It got christened in more ways than one because no sooner where we in the house than the heaven’s opened with a monsoon like downpour which scuppered any gardening plans I might have had for the rest of the afternoon. I drank lots of tea instead.

Thursday the window cleaner came, which is the second time when I have been off work and in a state of night dress. I’m sure he thinks I sloth around the house all day in a baggy snoopy nightshirt.
I had to wait for him to go before I could get dressed and head into Oxford!

I had a lovely couple of hours choosing and buying make-up and browsing the flea market. I bumped into someone I used to work with so we went for a coffee and a catch-up, well a tea in my case, before I headed to The Nosebag for yet more tea and cake with another old friend. Who happened to come with her daughter in tow, her gorgeous 20 year old daughter, who I can remember her being pregnant with, god I felt old!
It’s how I realise exactly how much time has passed, by the age of people’s children.

I did get home to a parcel. 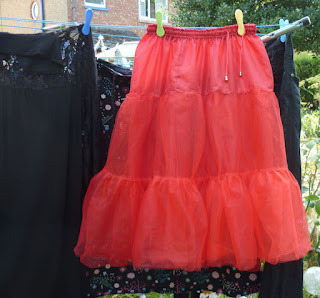 I found this lovely crinoline on Ebay whilst looking for something completely unrelated. It spoke to me in a ‘buy me, you know you want to’ kind of a way so I did, and for the princely sum of £9 (including postage) it was mine.

Friday I finally got out in the garden and did my patio. 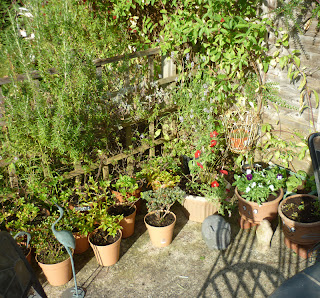 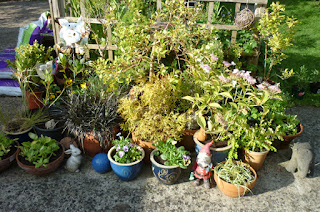 Saturday was just too darn hot so I stayed firmly inside the house flopping about in a pathetic manner. I just can't do heat.

Sunday was the retirement party of my friend Liz. It was great fun and so good to catch up with lots of people I used to work with and haven't seen for about a year. 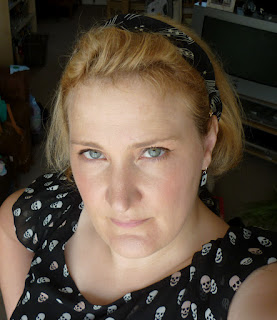 I gave the new skull dress an outing and ended up with an unplanned quiff which I have decided I love. This of course means I will never ever be able to recreate it!
Posted by Miss Magpie at 14:40