All You Need is Love and Beer.

Yesterday Himself and I headed to London for the last night of 'The Farewell Tour' by Bowling for Soup.

As I'm sure most of you know (due to the fact I have wittered on about it here numerous times before!) they are my favourite band, and this was their last full tour of the U.K. *sobs*

I was trying but failed, to remember what the last show was that I saw there. The best was was definitely Guns and Roses supported by Faster Pussycat and The Quireboys.
Oh what a night that was!

Anyway I digress. We arrived at lunchtime and goodness me Hammersmith has changed beyond all recognition!
We found our hotel, checked in and had a gentle amble to the nearest Wetherspoons. Look at this amazing pub we passed on the way, I just love the purple tiles. 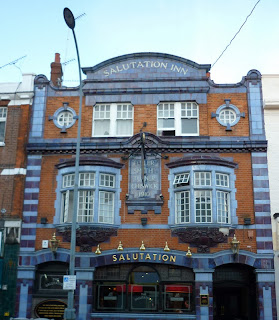 On my way to the toilets in Wetherspoons I got accosted by a drunk old man who bellowed "Nice Boots!" and then rambled on about various things but kept going back to my boots whilst I tried to edge past towards the ladies! 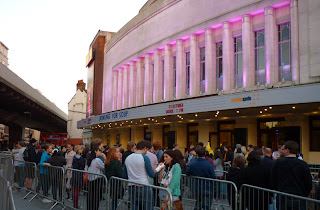 I won't go on too much and dissect the show to pieces.I have mixed feelings about it, I've seen the band play a lot better, their hearts didn't seem to be in it.
The place was packed though, mostly because they did that thing I hate, letting people with tickets for the seating upstairs into the standing area below so it was way too full to be comfortable.

I also had some muppet standing next to me with a rucksack on. I mean FFS who wears a fricking rucksack to a gig?? He was determined to be the life and soul of his group of friends, who of course were all standing behind us, and kept spinning round to entertain them, walloping me with his rucksack every bloody time he did!&%*?!


All in all a bittersweet night. 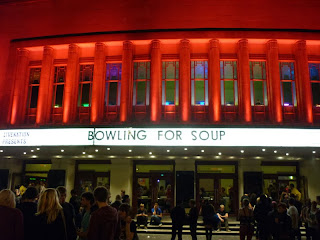 We went back to Wetherspoons for a nightcap before we headed to bed. Oh and look I found some Elephants along the way. 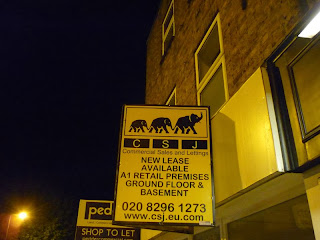 Next morning we got woken up by the housekeeping team letting themselves into the room at 9.20am (Grrr) So once we were dressed and packed we took a leisurely amble back to the station and headed home. It was a gorgeous day today after all the rain and storms so I took the chance to get out into the garden and do a bit of tidying before the next wave of weather hits.

Before I go I want to talk to you about nail polish, more precisely Nails Inc nail polish. I spotted a cracking offer on the Martin's Money Tips site of a special price of £18 for a 7 bottle lucky dip. Now when you keep in mind prices start at £12 for a single bottle this was one hell of a deal!

I decided to take a punt on it, even though I was pretty sure it was going to be made up of all the crap colours they couldn't shift, I mean why else would they drop the price so much?

Well I was absolutely thrilled to find I was completely wrong on that score.

(the second one from the right is actually purple I have no idea why it looks brown in this picture!)

I tried the glittery ones straight away. 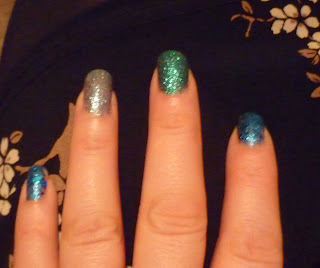 Of course I need more nail polish like a hole in the head. 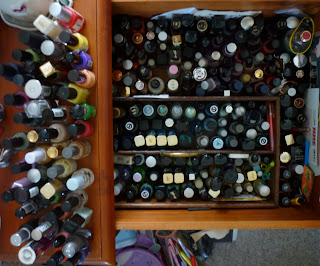