Now That's What I Call a Bad Hair Day.

So what have I been up to since I last saw you?

Busy finishing the painting of the garden furniture where I got a lot of hammerite on my personage  and superglue on my nose, I kid you not. Nope I still don't know how I did that either.

I have been taken by surprise by mould. After 7 years in a damp house I thought I had all the places it loves to grow figured out, but no it surprised me yet again on Saturday. I'm actually beginning to like the smell of bleach which is a bit worrying.

I had a lovely night out with Soo and Melissa eating and drinking far more than was good for me.

I've been manic and stressed at work and forgotten more things than I care to mention, it's quite distressing how crap my memory is these days especially when I forget to bid on a bloody gorgeous frock on Ebay a mere half an hour after I had thought 'Must bid on that dress in half an hour' *sigh*

I managed to split the soles of my star boots  :( 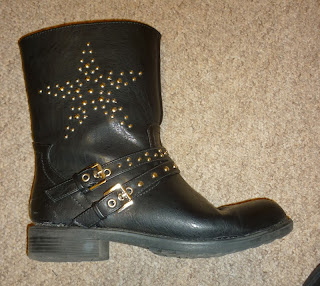 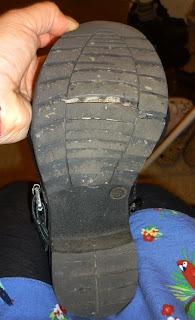 They were only cheap but I loved them and it always makes me very sad when boots die.

I have been enjoying wet walnuts that are falling in abundance from the tree at the end of the road. 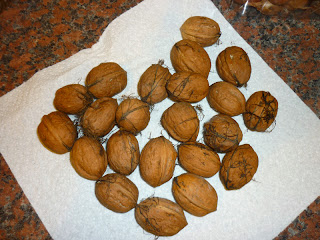 Oh and I lost most of my hair on Monday.

My hair has always been a bit delicate as I have blogged about in the past. My terrible abuse of it in the 80's has never been forgiven.
Over the summer it has been remarkably happy and healthy, I should have known it was too good to last.
The last month or so I have really been struggling to do anything at all with it. As you can see from this picture of my trip to Birmingham that I have blatantly stolen from Curtise, it has been straggly and thin at the ends. I knew I was due a haircut but just hadn't got round to booking one. 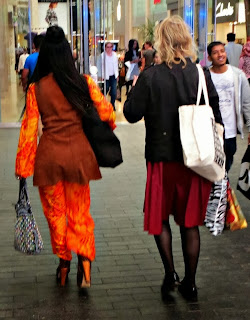 Well I woke up one morning last week and it was like the fairies had stolen my fringe in the night, either that or Himself is doing some kind of reverse Samson and Delilah on me.

Seriously I looked like fricking Dave Hill in his Slade 70's heyday, it was just horrifying. 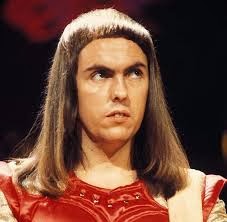 I can't bear not having a fringe so it was pretty upsetting and baffling as well. I just couldn't figure out what had happened.
A frantic call was made to my Hairdresser/Sister in Law Caron and she squeezed me in on Monday night. Turns out my hair has been breaking, not falling out, but just snapping off. My fringe had clearly been breaking over a period of time until there was just none left.

It's a mystery as I don't bleach or straighten or over heat my hair. Caron offered a few possible causes including early menopause!?!
So I have a doctors appointment booked for next Tuesday to get checked out and in the meantime what was left of my hair had to go.
The sides had broken so badly it had to be cut shorter than initially planned.
From this 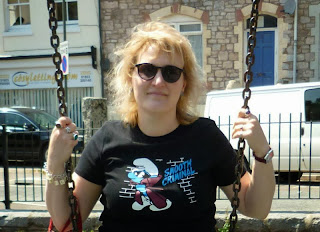 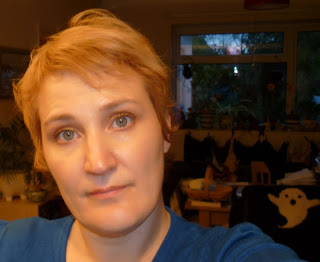 If you're thinking what is she on about she has a fringe believe me it is a careful comb over!

Don't get me wrong I don't hate it I'm just a bit shell shocked and obviously a bit worried about the cause. I'm also terrified it will keep happening. 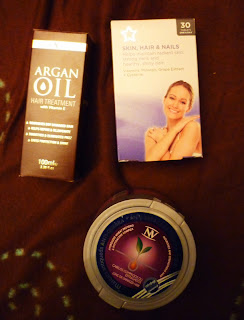 Today I bought some intensive brittle hair treatments and a hair and nail supplement to help my poor mop, fingers crossed they work.

Oh and on a lighter note you can see my fab new Halloween ghost jumper over my shoulder in the picture above.
I saw it, I squeed, I had to buy it.

Himself said 'but you can only wear it once a year' and then saw my face and said ' what am I thinking you're just going to wear it all winter aren't you?'
Posted by Miss Magpie at 13:27