Busy Weekend and a Blister.

So as mentioned in my previous post, Friday was 'Payday Pub Friday' and as Himself gets on well with many of my collegues he came in to meet us for a drink or two. 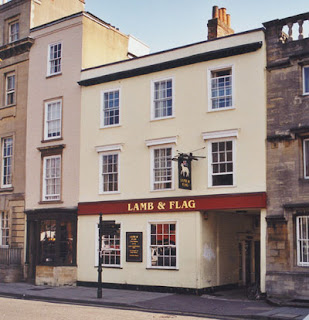 The venue = The Lamb and Flag in Oxford. On the plus side they serve real ale at good prices which is a miracle for Oxford where any drink prices are sky high.. On the downside it gets packed to the rafters in term time and they don't serve food.

We had a great night and thankfully some sense did prevail for I turned down the offer of more beer and we headed home on the 11.05pm train. As often happens when it is a beautiful starlit night we had an animated discussion on the way home about various constellations. We are both pretty rubbish on them, other than the ones everyone knows like Orion and The Plough. I have bought Himself a book and my Dad (who was a navigator in the R.A.F back in the days when you used charts and stars to find your way!) has tried to teach, but for some reason the information won't stay put!

Saturday I crawlwed out of bed feeling a tad delicate. 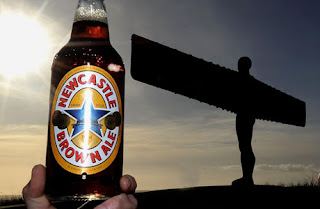 One too many of these the night before you see, thank god I refused any more. Thankfully aspirin, tea, a hot shower and an episode of 'Snog Marry Avoid' on the i-player did the trick, for I had a date with Tescos and there really is nothing worse than a food store on a saturday when you are feeling rough.
I was after ingredients for some Millionaires Shortbread, my contribution to a girls tea party on sunday afternoon. 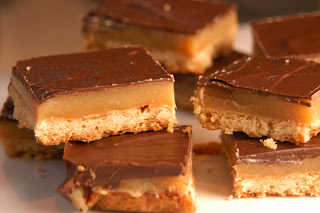 Sadly mine did not turn out quite as picture perfect as the above ones, but it was yummy so who cares? It was lovely to get a bit glammed up and head out for the afternoon on Sunday, as you know I am usually very dressed down for work. I had a 60's vibe going on with a pinafore dress, purple leopard print cardigan, bouffant hair with a daisy hairband and long boots.Sorry no picture, I know I'm rubbish!
There were 8 of us in all, feasting on my shortbread and also brownies, chocolate and beetroot cake, flapjacks and chocolate orange cupcakes. The January diet thing? I'll start again in February!
I have a 15 minute walk to and from the train station and yesterday I decided to wear my much loved black leather knee high lace-up boots. I have had them over 20 years now and they were the first real purchase I made when I started this job. They cost me £50 and my Mother nearly died at the price. I didn't like to tell her they were in the sale and should have been £100! An awful lot for a pair of boots in those days but they did come from a very posh shop. I have worn the loads over the years and they still look as good as new. 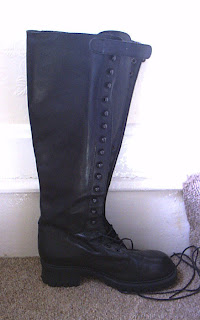 Sadly not only are my calves are not as slim as they were 20 years ago, so they don't lace-up as tight as they used too! They also gave me the most massive blister on my right foot :-(
That has never happened before, they are usually blissfully comfortable so I am really fed-up. Can eating cake give you fat heels? Lets hope not!
Posted by Miss Magpie at 06:35