The saga of the Sofa Bed.

So yes, back at work for a week and I thought the dreaded cold was behind me but apparently not. I have spent the last two days coughing like Tiny Tim in A Christmas Carol (according to Himself) and now today have no voice. 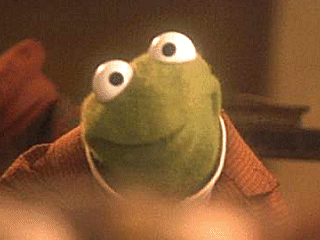 I'm sure he's very happy about that but I'm not. I'm feeling decidedly fed-up and ill and wish I could be tucked up in bed at home rather than here. Bah Humbug.
The thing I have noticed is that when someone asks you a question or says 'good morning' and you croak back, at the same time as apologising for having no voice in my case. You then get bombarded with a plethora of further questions, which you feel obliged to try and answer. Number one is 'How did you lose your voice?' If I had a pound for every time I have heard that today!

All I can say is cough or no cough I had a blissful afternoon on Sunday filling my new work basket and sorting through my fabric. Oh and I have STILL managed not to go shopping for anything other than a much needed big thick jumper which was a bargainous £14.

Now to the Sofa story in the heading!

On Saturday I persuaded my brother to drive us to Furniture Village in the hunt for a new sofa bed. We have needed a new one for about a year now, but getting Himself to even look at them on the interweb has been impossible, let alone in a shop. Finally after the frame collapsed on the side he sits on of the one he agreed we should look in the sales, not sure which actual sales he had in mind, possibly 2012 or later, but I was determined to get proactive.
As is usually the case in things like this, I do the groundwork, narrow it down to a couple of options which I present him with and we then choose the one we both like from those.

I have spent hours trawling through the internet as our requirments are VERY specific thanks to Himself and his computing 'stuff', and a very large rugby playing brother-in-law. I did manage to get Himself to look at a few online which he agreed were no good. Finally I had narrowed it down to a very nice one in above mentioned store which fitted the bill perfectly. I thought we were going there to look it over in the flesh so to speak and buy it.
However.......we got there and Himself threw a sulk. My brother and I tried it out both sitting on it and laying on it whilst Himself stood arms folded and frowned. After much persuasion he did finally try sitting on it, then got on hands and knees and looked underneth it only to stand up and resume the arms folded frowning stance. He then declare that he refused to accept this was the only option available for the money. I kept my cool even though I was starting to lose it at this point and agreed that it was a lot to spend if he wasn't sure and perhaps he should do some research of his own. So we spent a fruitless afternoon looking at some different ones in other stores which were all unsuitable and then went home.
I think because he realised I was a tad cross he then spent Sunday afternoon on the internet looking at sofa beds in all their various glories. A few hours later he said the magic words 'ok, you were right'.

So tomorrow I am going to go and buy the sofa bed with the extra 10% discount still on it I hope!
Posted by Miss Magpie at 07:02