Prompted by this post by Penny Dreadful Vintage I went in hunt of my tartan boots to wear in honour of Burns Night! I did finally locate my Docs in the bottom of number 2 wardrobe in a sealed plastic container 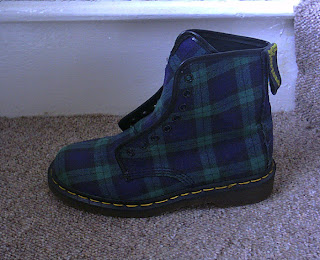 along side them where the long red leather pair I had completely forgotten I had! 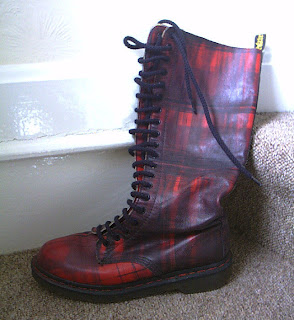 As I mentioned in a much older post we have a damp/mould problem in this house. As we are only renting there isn't a lot we can do about it except keep the rooms ventilated, keep the wardrobes ajar and away from exterior walls. After living in the house about 18 months with none of the above in place I discovered my lovely Tartan Docs were covered in mildew along with most of my other shoes and handbags, so was anything wicker, the curtains, some bedding......oh the list goes on.
I was heartbroken at the things that I had to throw away because they were beyond salvation. Bleach and Milton's Fluid became my best friends. Now I couldn't bleach my Docs as they are fabric, so I took the chance and gently scrubbed them with a toothbrush dipped in a solution of Milton's which is a much milder bleach. This could still have taken the colour out but I figured I had nothing to loose as I would only have to throw them out anyway if it didn't work. Thankfully as you can see they survived! 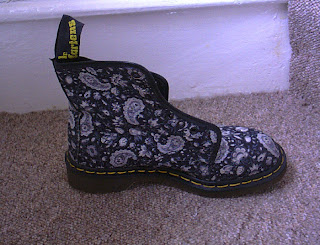 As did my paisley fabric pair much to my relief. I think the things I am sadest about losing were my 2 vintage straw handbags, my recorder from school, (It was an extremely old woooden one given to me by my music teacher.) and my leopard print velvet platform shoes.
Whilst I'm at it some other happy survivors of the Milton's toothbrush cleaning! 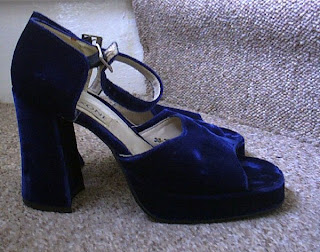 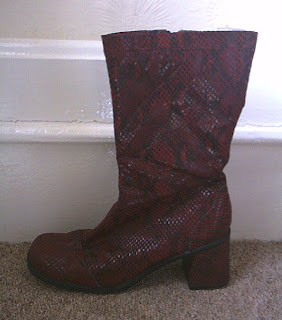 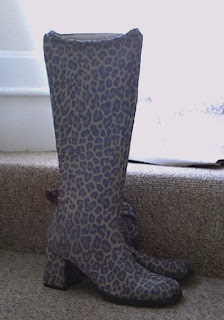