Doppelgangers and the things you overhear in the Post Office. 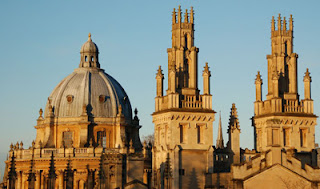 Now to many people Oxford is a beautiful city of dreaming spires but as we all know from watching Inspector Morse there is a dark under belly to this glorious city. Nowhere is this more obvious than the main Post Office on Giro day. (am I showing my age here by calling it Giro day? Anyway that is what it was called when I used to sign on so that is what I shall call it now!)

Usually wild horses couldn’t drag me to the main Post Office in Oxford. The place where you get to stand for your whole lunch hour or longer if you are lucky, in a huge queue with far too many loud and perspiring/expiring unique examples of humanity.
It has to be said though, Giro day does adds a whole new frisson to the experience, and let’s be brutally honest, a whole new eye watering range of aromas.

I have had a whole lifetime of experiences in that Post Office over the last year, oh yes.....

There’s been the good, in the shape of the homeless guy who fetched a chair for a frail old lady, then took a place in the queue for her, helped her to the counter when it came to be her turn and refused any kind of thank you tip from her.

There’s been the funny, from the drunk who had most of us weeping with laughter at his impromptu song and comedy act.

There’s been the scary  when they locked us in and called the police because a man in the queue decided another man looked just like someone he used to go to school with and hated back then, so promptly attacked him because of this fact. Thankfully that situation was quickly dealt with, especially as the staff had so thoughtfully locked the rest of us in the queue in with him and run for cover themselves!

Oh yes, it all goes on in the Post Office.

There has also been that wonderful time passer of listening to other peoples conversations, you do hear some cracking gossip when trapped in a queue!

Yesterday’s however I’m not sure how to take.

There were 6 people in a group in front of me in the queue. Two blokes, one large with an impressive scar on the back of his shaved head and one small. The wife/partner of the small guy, a girl of about 7 drinking the biggest can of energy drink I have ever seen in my life, a toddler in a buggy who was busy flinging anything put in his hands as far and as hard as he possibly could, and a very new baby in a pram. (Why they all felt the need to stand in the queue, rather than wait at the side whilst one queued is a mystery but there you go.)
So I was aware the wife had pulled a copy of the Oxford Mail out of her bag and that the large bloke had taken it off her. The headline yesterday was about the arrest of an 18 year old lad over the murder of a 29 year old man, killed with a single stab wound. They were all exclaiming over the article because they knew one of the people involved, to be honest I couldn’t figure out if they were friends of the murderer or friends of the victim because I hadn't fully focused on their conversation up to that point which was very lax of me!

Large Bloke with impressive scar whilst shaking his head in disbelief
‘What I don’t get is that is says stabbed once, I mean once! Come on, I have been stabbed 17 times and slashed with a machete and I’m still here!’.

Not much you can say to that really is there?

On the subject of not much you can say to that. I shall lighten the tone by sharing with you something that was said to me at the weekend.
I was chatting with someone I used to work with and hadn’t seen in a while. When out of the blue they said
‘Do you have a sister ?’

Ex-colleague ‘does she live in Bicester?’

Me ‘No she lives in Ramsgate why?’

Ex-colleague ‘Oh right, it’s just I saw this person on a bicycle in Bicester last week and she was the absolute image of you but skanky looking’

So yes there are those who say we all have a doppelganger in this world I bet you can imagine how happy I am to know mine rides a bicycle and is skanky.
Posted by Miss Magpie at 07:11