A Veritable Social Whirl and a Few Jewels.

Yes indeed.
I have hardly spent more than a few hours at home this week and Himself has been left home alone like poor old Cinders whilst I have been out on the town, (not that it seems to have bothered him unduly!)

Monday was Nephew Number One's end of term show and thank the lord it bore not even one ounce of resemblance to the shambles that was the last one.
It was interesting to see just how much some of the class have improved since last time, (though frankly they couldn't have got worse!) I am still very concerned that there is no vocal coach though. There were a couple of girls with astonishing voices but with no one to show them how to warm them up or how to control them I worry that they will damage them before they have a chance to grow into them.
I ate out with the nephew, my brother &  my sister in law before hand in a new Turkish restaurant in town, very good food indeed.
Also lucky for my brother and I, they had real ale on sale at the college for £2 a pint, don't mind if I do!

Tuesday, everything that could have gone wrong for me at work did. Dear lord it got to such a farcical level that if you were watching it as a sitcom you would have complained that it was too ridiculous to be believable!?!
I was more than happy to rule a line under the day and go home wimpering. A plate of fishfingers and chips and a bit of frantic tv show catching up sorted me out.
Good old I-Player.
I have been really enjoying 'White Heat' and I can't miss Holby! My one televisual weakness....

Wednesday I had lunch with an old work colleague at a very nice little pub halfway between our respective workplaces. We both had what was described as a 'homemade hamburger on a bed of bubble & squeak'. Sounds innocent enough we thought but little did we know........ because it wasn't advertised on the menu, the 'burger' was liberally dosed with chilli. Caroline asked me something just as I put a forkful in my mouth hit a chilli seed or two and that was me incapable for the next 5 minutes!
She waited very patiently whilst I cried and coughed.
I really hate it when menus don't say that things have spices or hot chillis in them. I'm not a huge fan of chillies and I certainly wouldn't have chosen the burger if I had known it was going to be that hot! 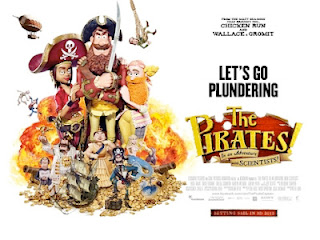 That night I let Himself take me to see 'The Pirates! in an Adventure with Scientists!' He really wasn't bothered about seeing it but as it was Orange Wednesday and therefore free he grudgingly came.
I on the other hand LOVE Aardman animations so I was very excited.

It was brilliant!!! SO funny, we laughed and laughed, Himself thought it was great and probably laughed more than me, so that was alright then.
It had a lot of slapstick humour for children but with more than usual amount of jokes for the adults, all in all great fun and now I badly want a Polly. 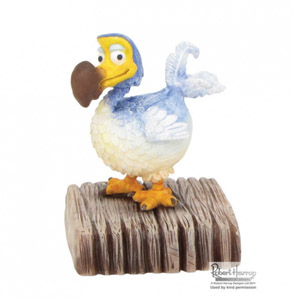 Friday night I was out down the pub with friends having broken Calista out of rehab!
There is a pub 5 minutes down the road from the mobility rehabilitation centre she is in, and as they are so pleased with her progress they were happy to let her out for a few hours as long as she was assisted. She is doing brilliantly, it was quite emotional to see her up on her feet and walking with a frame. The progress since I last saw her is just amazing. She says once she is released and off the meds she plans to have a 'Re-tox'!

Finally last night I was out for a surprise 30th birthday party, the biggest surprise was possibly the fact that the person involved was not actually 30, in fact she was not even 29 but only 28.......epic fail on the part of her fiance there I think lol.
It was a fantastic night out. Good food, great wine and even better company, exactly what you want for a Saturday.

So let me end by sharing with you some more of the Ebay purchases that have come my way when I have ended up 'browsing whilst selling' or spending what you haven't even got yet! 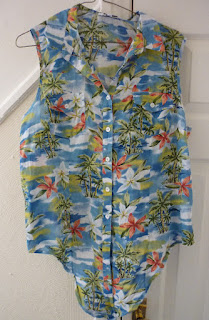 How's this for a wonderous 99p bargain? I shall get much wear from this, providing I don't let my sister get her mitts on it that is.
Brooches........... 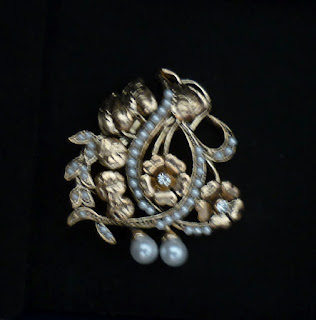 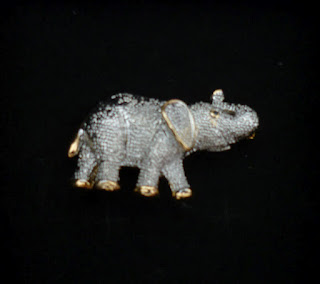 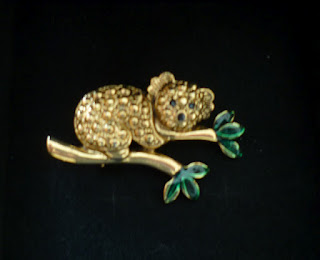 Is that another elephant brooch I hear you cry? why yes, yes it is. For as my dear friend Soo pointed out it was Wallis Simpson herself who said
'You can never be too rich or too thin or have too many elephant brooches'.
Posted by Miss Magpie at 07:18