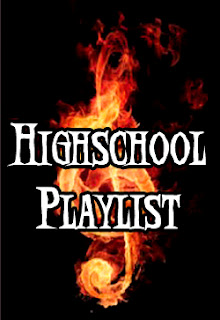 I have had this one on a back burner for a while now but as I was up at 7.30am this morning (partly due to Himself snoring in spectacular fashion GRRR) I thought I would root round under the spare bed find some of my old vinyl and do a slightly different take on the High School Playlist.

Most people have been putting up YouTube links to songs and this in a way is part of the reason I haven't got round to it yet. I was HUGELY into music as a teen and I wouldn't know where to start if I was just trying to think of songs or browsing online for them.

So, being the massive hoarder I am I decided to get out the 7 inch vinyl and see which songs I had kept from that time working on the theory I had kept them because I loved them!

Now to set the scene. Whenever I got asked the question 'What was the first single you ever bought?' for many years I used to lie. I used to say it was 'I Don't Like Mondays by The Boomtown Rats' that was in fact the SECOND record I ever bought. The first one really was........ 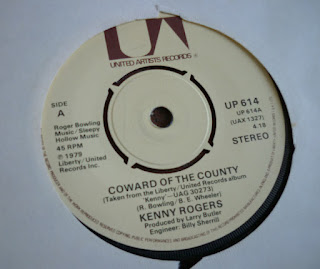 Nowadays I don't care about admiting this fact and as you can see I also still own it!

On to the list.
I work on the theory Highschool is the same as Secondary School in the U.K. so I have picked a song for each of the 5 years I was there.
My First Year song is: 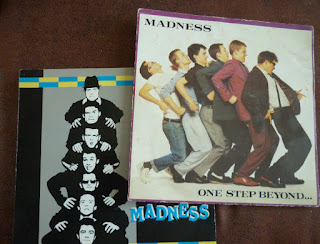 My Second Year song is: 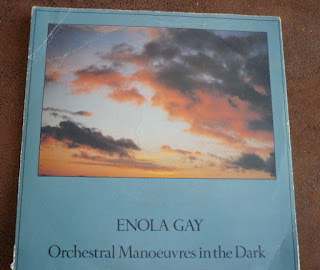 Enola Gay by Orchestral Manoeuvres in the Dark.

I was also starting to discover the New Romantics at this point too and whilst I still loved Madness my flirtation with Ska kind of ended. I wasn't an OMD fan for long, after the next couple of singles they started to get a bit too experimental for me. I sold their first album to a guy at college a few years later for a couple of quid and a Marc Bolan cassette!

My Third Year song is: 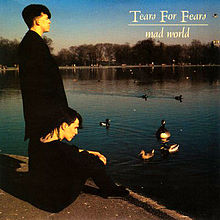 This obsession was fairly short lived too. I had my hair the same as Curt's at one point ie; huge bouffy fringe and millions of plaits at the back (what in god's name was I thinking??)
Tears for Fears were also the first big band I saw live, at Sheffield City Hall no less. My brother took my under great protest and refused to be seen with me in the interval because there were other people from school there and he didn't want to be seen with his little sister! I only ever bought their first album which I played constantly, over and over and over again, this nearly broke my Mother.

My Fourth Year song is: 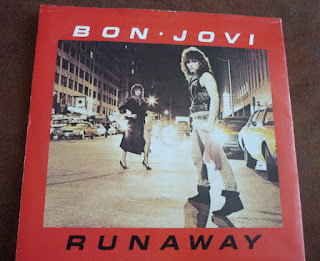 and so it begins, my passionate love affair with rock/glam metal. Around this time I was getting a bit disillusioned with the charts, I wanted a new musical obsession!
My brother was into Metal or NWOBHM as the music magazines called it (New Wave of British Heavy Metal to those of you too young to know what that stands for!) .He used to make me listen to his records and though I liked the odd song it didn't 'speak' to me. I wanted something a bit more lighthearted and fun. One night he was listening to The Friday Night Rock Show on Radio One and Tommy Vance played a single by a new young band out of America, the single was the one above, Runaway by Bon Jovi and I was hooked just like that.

My Fifth Year song is: 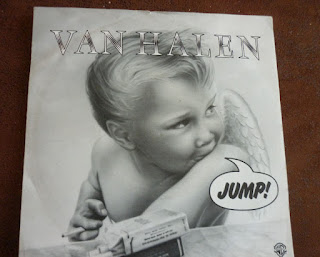 By the time I left school I had the beginings of rock chick going on. The hair was getting big and bleached. I had skin tight jeans, lots of scarves and more importantly my first leather biker jacket and mini skirt! I smoked, I drank and I was as insecure as hell.  It was not a good time for me.

The song that was big that autumn when I had to retake my maths was the one below so I have added that too as I was kind of still at school. 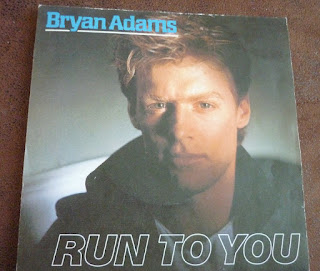 So there you have my Highschool playlist and what a very strange one it is! If nothing else it shows you how fickle I was as a teen.