A Fungi Adventure on Hampstead Heath.

Saturday was the day of Soo's birthday fungi forage. She arrived just before 7am and off we set on our adventure in the big smoke.
As it turns out the train gods were on our side and at every part of our journey a train pulled into the platform just as we arrived. This meant we got to Hampstead Heath somewhat earlier than expected and as it was raining steadily and a bit chilly to just stand around waiting we went for a little explore. 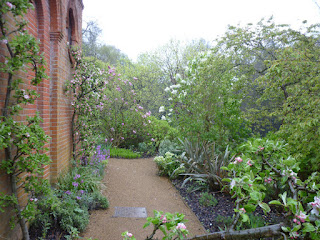 We discovered the Pergola and had a stroll around this beautiful garden before heading back to the meeting place.

Now I will confess that I have foolishly just assumed all these years that Hampstead Heath was exactly that, a heath, an open space of gorse, grass and heather......doh.
Anyway it was a delightful surprise to find lots and lots of trees and vegetation. I grew up next to a forest and if nothing else this day out reminded me how much I loved it and that I must make an effort to get back out into the woods more often.

So on to the forage, there were about 20 of us in the group and Andy the guy running it was brilliant. As it turns out you are no longer allowed to forage on Hampstead Heath this meant only Andy was allowed to gather anything we found there. Luckily this was not the case on the Kenwood Estate which is English Heritage so our forage took in a large area of their grounds. 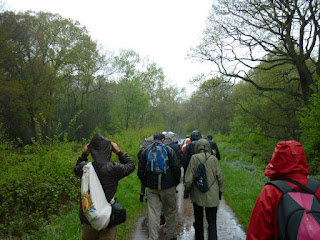 As you can see it rained ALL DAY. Hand on heart this did not detract from the experience in any way at all. We had a fantastic time and the hours flew. 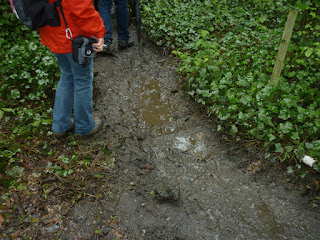 After all the rain we have had in recent weeks the going was pretty grim, Soo and I did fairly well though as we had taken the wet weather advice given out on booking and worn boots and waterproofs. You would be amazed at how badly prepared some of the rest of the group were! One guy was in canvas deck shoes for heaven's sake!?! By the end of the walk he had given up and was just wading through the mud and planning to throw the shoes away when we got back to the carpark at the end. Others didn't bring waterproofs and were soaked to the skin! each to their own I guess.

Towards the end of the forage nature was calling me very, very loudly. Thankfully Andy's wife was on hand and gathering that the ladies of the group would really rather not squat behind a bush suggested a slight detour that took in a public convenience, bless her heart. 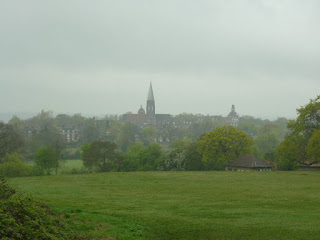 The wonderful if overcast view and the roof in the right hand corner was a very welcome sight for my poor crossed legs I can tell you!

It truly was a fantastic day out despite the weather and I would highly recommend it, I now know some delicious edible and some extremely non edible fungi.
By the end however  I was more than ready for a cup of tea. So on the advice of Margaret at Penny Dreadful Vintage we sought out Louis Patisserie. 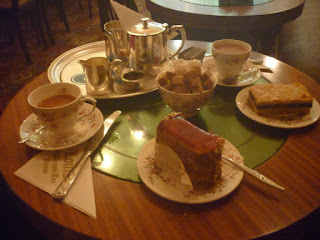 Thankfully we weren't too muddy so they let us stay. The cakes were delicious and I practically inhaled the pot of tea, in my defence I really do drink too much of the stuff and was going cold turkey after tramping around outside for hours, far from my kettle. 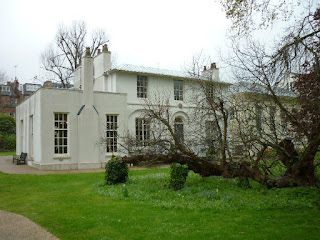 We decided to visit Keats House as we were in Hampstead and thoroughly enjoyed staring at all the huge houses on the way there, playing 'if money were no object' and chosing which one we would buy.

After that we mooched around looking at the shops for a while but to be honest we were both feeling pretty cold and damp at this point so we headed for home where I had a lovely hot shower and an intravenous drip of tea to top up my depleted levels.

As the evening went on the weather started to kick off big style and I crawled into bed to the sounds of howling wind and rain pounding the window. 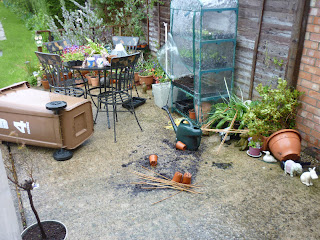 I woke up to patio carnage, and eventually, and very reluctantly got into all my wet weather gear (that had only just dried out!) again to tidy it up.I am very grateful it was just raining on Saturday and not blowing the hoolie it did on Sunday, somehow I suspect the walk would not have been anywhere near as much fun whilst battling the elements!